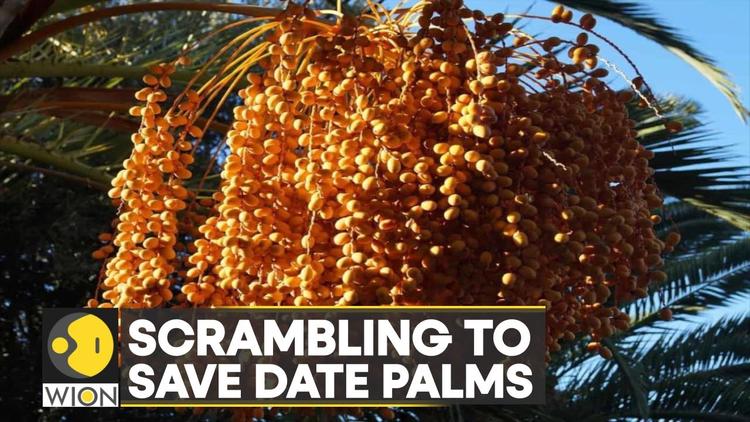 Ann Arbor (Informed Comment) – Poet Robert Frost asked if the world would end by fire or ice. It turns out that it is both, the fire of global heating and the melting of earth’s surface ice and resultant biblical floods. Nowhere is this more clear than in Iraq.

Not everyone will suffer equally from the challenges of global heating. Among those who will suffer worst are the people of Basra in southern Iraq, and the ordeal has already begun. Iraq has suffered this summer from extremely high temperatures, a series of unprecedented sandstorms, and low river levels. The Tigris and the Euphrates wend their way south through Iraq until they meet up north of Basra, forming a single large body of flowing water, the 124-mile-long Shatt al-Arab, which flows past Basra on its way into the Gulf.

Basra has seen temperatures as high as 122 degrees F. this month (50C). Scientists believe that a combination of 122F and 80 percent humidity is fatal to human beings, Luckily for the people of Basra, in August it is very dry, so humidity is probably in the mid-30s. Well, enduring 122 degrees F. with no air conditioning because of brownouts isn’t actually maybe very lucky, but it is better than being killed. The problem is that the temperatures will continue to rise as long as we put into the atmosphere billions of tons of carbon dioxide by burning fossil fuels like petroleum and by releasing methane from oil drilling sites.

See, there’s the irony. Basra is a major oil-producing and exporting region, but the CO2 its product produces is blowing back on the city.

This summer, the Shatt al-Arab has been unusually salty, which is deadly for the farmers that irrigate from it. The high salt content comes from a weakened flow, so that water is pushing north from the Gulf into the Shatt al-Arab. The weakened flow is caused by many things. The drought has meant less rain water and less snow melt, in the mountains of eastern Turkey where the Euphrates originates. At the same time, some 32 dams have been built on the Euphrates, and farmers irrigate off it, so that since 1970 its flow has been reduced 40-45 percent. If the US hadn’t overthrown him, Iraqi dictator Saddam Hussein might have gone to war with Turkey over this issue.

Nowadays, though, Iraqi politicians are blaming Iran for damming and diverting the waters of the Karun River, the tributaries of which used to flow into the Iraqi province of Diyala and then down into the Shatt al-Arab. Since Iran has tinkered with the Karun, however, farmers in Diyala are up the creek, and the flow pressure in the Shatt al-Arab has been weakened. Iran insists that it isn’t its dams or waterworks that have caused the problem but the current drought caused by climate change, so that the Karun’s levels are just really low as a result.

The Shatt al-Arab used to provide irrigation for southern Iraq’s vast date orchards, something the country was known for. In 1950, when Iraq still had its British-installed king, the country had 33 million date trees.

Today, in part because of all the dams and waterworks upriver and in part because of the extra heat and dryness caused by human-induced climate change, there are more like 16 million date trees, half the number of 70 years ago. It is still an important industry, but many farmers have been driven out of it. Dates are Iraq’s second-biggest export item after petroleum, garnering $120 million a year.

The Rudaw News Service reports, “Date farmer Ayad Mohammed, 45, told Rudaw’s Haydar Doski … that he is unhappy with the products that his date palm trees have given him this season. Once a source of livelihood, the land Mohammed used to profit from is slowly dying.”

At the time that Dick Cheney and his protege George W. Bush launched their war on Iraq, one of their goals was to create a new situation in which Iraqi oil fields were open to exploration and development. Because of the Gulf War, sparked by Iraq’s invasion of Kuwait in 1990 to steal its neighbor’s oil wealth, US and international sanctions had be slapped on Iraq. Medium-sized oil services companies such as Halliburton, of which Cheney served as CEO for the five years before he became vice president, were locked out of benefiting from Iraq’s vast oil resources. So were all American oil companies, which were becoming desperate in the days before fracking took off, for new fields to exploit.

The bulk of Iraq’s known oil reserves are down south. As the Marines and the 4th Infantry Division raced up to Baghdad from the Kuwait border, the British 7th Armored Brigade fought its way into Basra, the second-largest city in Iraq.

Ironically, only three years after the US war of aggression on Iraq began, a fracking boom began in the US, demonstrating that it had been unnecessary to invade Iraq in the first place if what was wanted was petroleum riches.

And although people in the oil industry have known since the 1970s that they were wrecking the world, their disinformation campaign finally fell apart in the past decade, and now the US government is taking the climate emergency seriously and trying to create a US-based electric car industry that will over the next 15 years make petroleum worthless except maybe as fertilizer and a source of plastics (though the latter should probably also be banned). People in Basra lived through hell during the Anglo-American occupation, suffering from lawlessness and economic disruption. Now they face the ravages of the climate emergency.

If Bush and Cheney had made a full court press for solar and wind energy and electric cars in 2003 instead of invading Iraq, both the US and Iraq would now be much better off. In the intervening 19 years humanity has pumped something like 600 billion metric tons of C02 into the atmosphere. Hence Basra’s travails, which will only get worse. Because the seas are also rising and Basra is low-lying, about a fourth of it will be under water by 2050, impelling mass migration from the city.