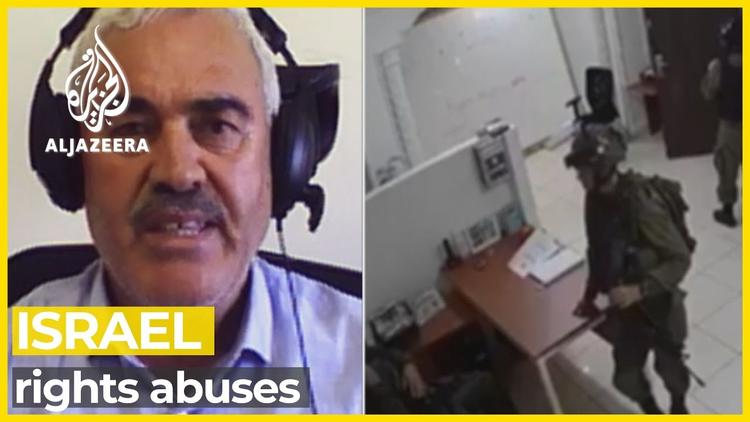 Ann Arbor (Informed Comment) – The Israeli newspaper Arab 48 reports that on Thursday, Israeli Occupation troops made a dawn raid on the offices of several human rights and civil society organizations in the towns of Ramallah and al-Bireh in the Palestinian West Bank, which they then closed and locked up.

The Israeli forces assaulted the offices of seven Palestinian organizations in Ramallah and al-Bireh and confiscated everything in them, including computers and confidential files, issuing a decree that they be shuttered.

The Israeli authorities have seen support for their colonization of the West Bank plummet in the West, and they appear to have lost the rank and file of the Democratic Party over it in the US. Several major international human rights organizations have declared that they are running an Apartheid system with regard to the Palestinians under their authority. These Palestinian human rights workers did some of the studies on which this emerging consensus is based. Since the Israelis are doing something illegal and creepy in the West Bank and they can’t convince people of conscience that it is all right, they want to blind the world to their actions. And these Palestinian organizations are the world’s eyes for viewing the situation in the Palestinian territories. Hence the Israeli authorities want to destroy them and even charge them with terrorism.

Thursday’s action drew a sharp rebuke from the United Nations Human Rights Office, according to Reuters, saying, “Despite offers to do so, Israeli authorities have not presented to the United Nations any credible evidence to justify these declarations. As such, the closures appear totally arbitrary.”

Nine European Union countries have pledged to continue to work with these Palestinian rights activists.

When the Israeli troops assaulted the al-Haqq offices, which are housed above the Anglican church in Ramallah, they damaged the church building. The Episcopal Church issued a “Statement from Episcopal Church, Israel military attacked Church property, smashing glass security door, during raid on @alhaq_org offices located above. Places of worship are protected cultural property under Hague Regs & Geneva Conventions. Church demands full investigation.” (Photo of the statement below).

Dr. Susan Power of al-Haqq tweeted that other human rights workers, mainly from European countries, working in the West Bank staged a walkoout in solidarity with their beleaguered Palestinian colleagues.

Last year, the Israeli authorities had made an attempt to close down six of the same groups with laughable charges that these human rights activists were “terrorists.” European Union officials rejected these charges as unfounded, after having seen the “evidence” provided to them by the Israelis.

Even the US says the evidence is insufficient and State Department spokesman Ned Price expressed concern about the closures. Usually the US State Department rubber stamps Israeli actions, at least in public, so this demurral is significant, though likely it will go no further.

In the course of making these scurrilous accusations, Israeli authorities inadvertently revealed that they had used the NSO Pegasus spyware to monitor the phones of the human rights activists in the Palestinian West Bank. President Biden has outlawed the use of Pegasus in the US, and NSO is facing a major lawsuit by Apple for interfering with its phones, and will likely go bankrupt.

The office of Mahmoud Abbas, president of the Palestine Authority, affirmed that “The Israeli decision is a crime and a naked attack on Palestinian institutions of civil society, as well as an assault on the international rights order in its entirety, not just that of Palestine. We stand with these national organizations that undertake their duty of publicizing the crimes of the Occupation and tearing of their veil before the world.”

The communique continued, calling on the world community to act immediately and urgently to protect the Palestinian people and to halt these attacks, given how serious they appear to be. It pledged Palestinian mobilization on every level to confront this decree.

Addendum: Statement of the Episcopal Church on the Israeli damage done to St. Andrews church in Ramallah during the attack on al-Haqq offices: 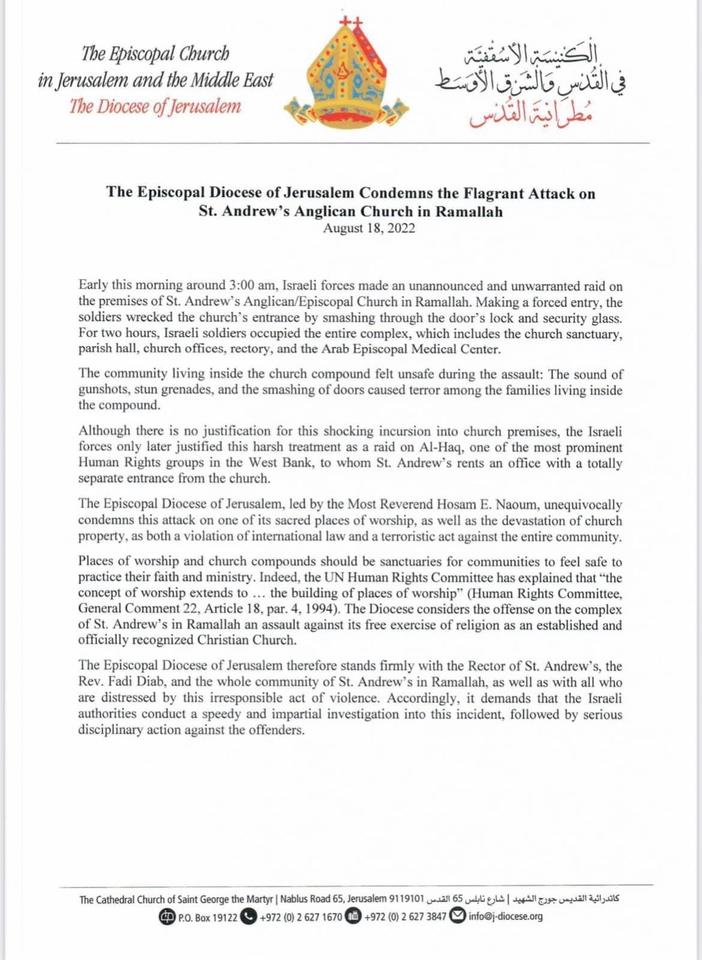