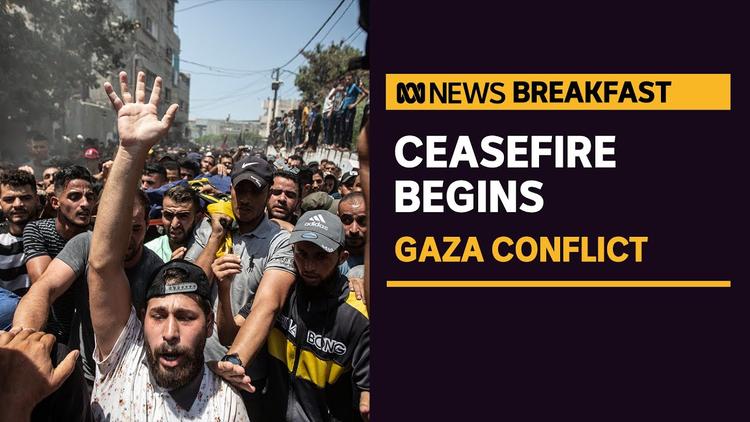 By Amy Maguire, University of Newcastle | –

Israel launched multiple air strikes on Gaza on August 5, in another eruption of open warfare between Israel and Palestinian militants. The latest attacks come just over a year after hundreds were killed in an intense period of conflict in the territory.

Palestinian Islamic Jihad responded by launching hundreds of rockets into Israel. The Israel Defence Forces reported its Iron Dome missile defence system was operating at a 97% success rate in intercepting rockets launched from Gaza. No Israelis had been killed or seriously injured.

But the past three days of intense conflict have extracted a very heavy civilian toll in Gaza. The Palestinian Health Ministry reports at least 44 dead and over 350 civilians wounded. Reportedly among the dead were 15 Palestinian children, including five boys killed by a missile strike as they visited their grandfather’s grave.

An Egyptian-brokered ceasefire between Israel and Islamic Jihad has now begun. It is too early to say whether the ceasefire will hold, or for how long.

The Palestinian governing authority in Gaza is Hamas, which was elected in 2006. Hamas does not recognise the legitimacy of the Israeli state and aims to liberate Palestine through armed resistance. Yet Hamas has not engaged in the most recent outbreak of warfare.

The Gaza Strip is a 365-square-kilometre territory that has been under Israeli control since 1967, along with the other Palestinian territories of the West Bank and East Jerusalem. Over 2 million Palestinians live in the densely populated territory. Nearly 80% depend on aid to survive.

Gaza has been under blockade for 15 years. Israel controls its airspace and territorial waters, along with two of three border crossings (Egypt controls the third). Gaza is often referred to as “the world’s largest open-air prison”.

Humanitarian organisations blame the blockade for the extreme humanitarian crisis in Gaza. Statistics tell a dire story of life in Gaza today:

What hope for a solution?

The UN special rapporteur on human rights in the occupied Palestinian territories, Francesca Albanese, has called the latest Israeli strikes on the territory illegal and irresponsible.

Her predecessor, S. Michael Lynk, concluded earlier this year that Israel’s occupation of Palestine constitutes apartheid. He accused the international community of failing to hold Israel to account for breaching fundamental international norms over its 55-year occupation, saying:

For more than 40 years, the UN Security Council and General Assembly have stated in hundreds of resolutions that Israel’s annexation of occupied territory is unlawful, its construction of hundreds of Jewish settlements are illegal, and its denial of Palestinian self-determination breaches international law.

The Council and the Assembly have repeatedly criticized Israel for defying their resolutions. They have threatened consequences. But no accountability has ever followed. If the international community had truly acted on its resolutions 40 or 30 years ago, we would not be talking about apartheid today.

Israel’s most powerful ally, the United States, rejects such characterisations. In relation to the most recent warfare, the US ambassador to Israel, Tom Nides, tweeted:

“The United States firmly believes that Israel has a right to protect itself. We are engaging with different parties and urge all sides for calm.”

There is no sign that the most recent outbreak of warfare has or will alter the status quo. No peace process is operating to find durable solutions to the conflict.

Recent years show no trend away from perpetual conflict and entrenchment of positions anathema to a two-state solution for Palestine and Israel.

For the people of Gaza, the stalemate becomes increasingly untenable every day.