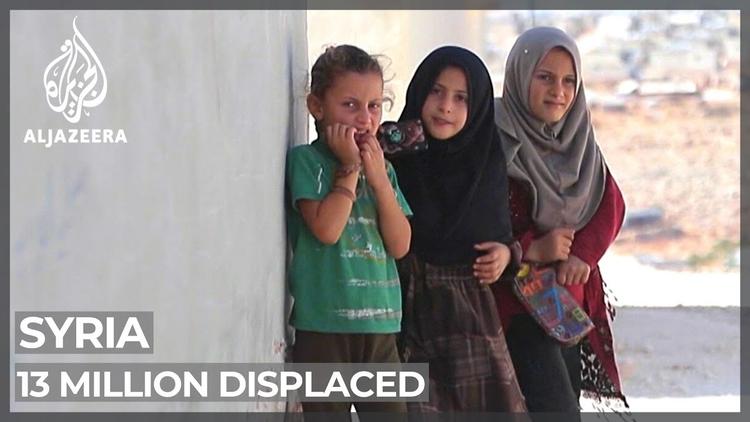 The Syrian conflict began in early March 2011 on the heels of the Arab Spring as pro-democracy uprisings in Syria demanded regime change and political reform.

The conflict transformed into a war. More than 13 million people have either escaped the country or are displaced within its borders.

Displaced Syrians who have made the journey to the borderlands of Lebanon and Turkey encountered and had to respond to problems at the borders, forcing them to engage intermediaries — or smugglers — to assist them, and to use transnational networks during their perilous treks.

In our ethnographic and qualitative research into their journeys, we interviewed displaced Syrians who travelled from Syria to Lebanon and Turkey from 2012 to 2017 during the Syrian war. Some now reside in Canada.

Over the past several decades, there has been an increase in the proliferation of border controls, forcing displaced people to respond.

These controls are called “border frictions,” and they include internal border and military checks, sieges, walls, deportations, immigration policies and other initiatives aimed at controlling population movements.

Their effects can generate fear and violence, contain and detain people on the move and differentiate based on race, class, economic need and other social distinctions.

But some displaced Syrians responded to these border frictions by passing through permeable borders and borderlands, using alternative routes and relying upon the use of smugglers and social networks during their treks.

These types of strategies, known as migrant politics, were at play in the borderlands of Lebanon and Turkey.

During the Syrian war, many Syrian participants travelled to Lebanon in search of safety and protection. They told us about their irregular crossings into Lebanon, the bribes they paid to border officials at checkpoints and their reliance on smugglers during their journeys.

For example, through the assistance of an intermediary, one displaced Syrian man, Hassan, was able to hide from border snipers along the Syrian-Lebanese border, wait in mountainous areas, circumvent border security personnel and travel safely to Beirut.

Intermediaries often provide crucial services that are demand-driven, fuelled by restrictive border controls and the war. Many other Syrians who travelled to Lebanon were reunited with family members and received assistance from their social and economic networks to find work and housing, while some others decided to hide from security forces to avoid detection and legal repercussions.

This engagement in migrant politics was necessitated in part by a new visa requirement introduced in 2013 that meant Syrians had to provide documentation and limit their stay in Lebanon to a maximum of one month.

The Lebanese government also closed its territorial border with Syria in 2015 and instructed the United Nations High Commissioner for Refugees (UNHCR) to stop refugee registration.

Drawing on the 2009 cancellation of entry visa requirements between Syria and Turkey, the Turkish open-border policy enabled Syrians to enter the country legally in the early days of the Syrian war.

Many families arrived in multiple stages and self-settled in border areas with the expectation of returning to Syria. The cross-border movements of displaced Syrians were multi-directional until Turkey closed its southern borders in 2015.

For example, a displaced Syrian woman, Laila, initially entered Turkey in 2012 by air via Beirut, returned to Syria after some months to check on her family and business, relocated to Turkey’s border province Hatay in 2013 and then travelled once again to Syria in 2015 to arrange for her newborn daughter’s passport.

Many others came and left illegally even during the days of open-border policy, either because they fled without a passport or were travelling from areas controlled by groups not officially recognized by Syria or Turkey.

Once resettled along the Turkish border, Syrians mobilized their pre-conflict networks of kinship, trade and religion with Turkish citizens to navigate unpredictable legal procedures and access limited resources in their everyday lives. How, when and for whom the borders remained porous varied, nonetheless.

As an open-border policy that yielded to a temporary protection regime, arbitrary deportations and Turkey’s construction of a wall along its southern border, Syrians found alternate ways to engage in migrant politics, including migrant smuggling and other clandestine movements.

They encourage rather than eliminate irregular border crossings. And, ultimately, they fail.

Despite all the walls and exceptional measures that are placed before them, many Syrians have found ways around borders and established new lives in the borderlands.