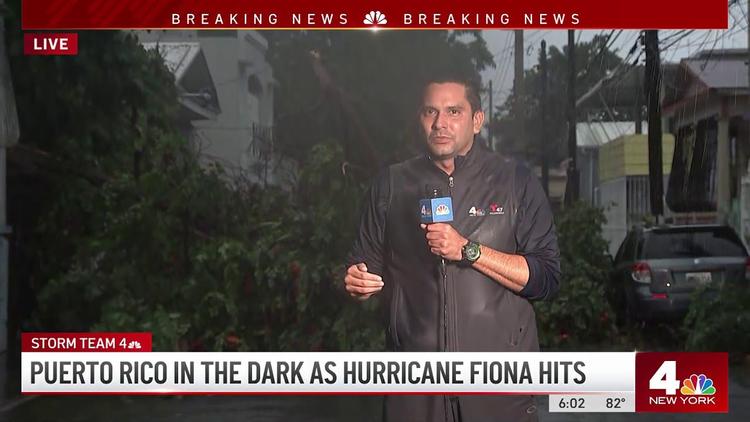 Ann Arbor (Informed Comment) – A mere category 1 hurricane dumped so much water on Puerto Rico so quickly that one of its rivers has swollen to 25 feet above normal, even more than it rose during Hurricane Maria in 2017, which was a Category 5 hurricane. The island is beset by flash floods, and is getting 16-30 inches of rain. The usual average amount of rainfall received by Puerto Rico is 31 inches, so it is getting from six months’ to a year’s worth all at once in a single day. All power was knocked out, though the government is vowing to get it back on in days, not the months it took after Maria. Puerto Ricans are U.S. citizens, though it is a territory and not a state. President Biden declared a state of emergency.

I’ve been to Puerto Rico several times and really like the place, and have friends there. I’m worried about them, and about its future. The thing that struck me is how devastating this storm has been even though it is “only” a Category 1, with wind speeds of 85 miles and hour.

The ocean around Puerto Rico is much warmer than it used to be, as is the air above the ocean. That is a double whammy. Hot air can absorb more moisture. Hot water causes more moisture to evaporate into the air. So there is just more water in the sky to fall on places like Puerto Rico than there used to be. Global sea surface heating over the past century has been an extra 1.3 degrees F. The rate of heating in the northeast Caribbean, though, has doubled over the past two decades. This heating could eventually push clouds higher, causing less frequent precipitation, but when it does rain it could be torrential. Occasional heavy rain is not good for agriculture, since it just runs off or causes floods.

Warming oceans are producing disasters throughout the globe. A third of Pakistan is still underwater after a super-monsoon caused epochal flooding, with 33 million people affected. 80% of the livestock is dead. Water borne diseases are spreading among the displaced. And now 11 million people are food insecure.

New, unprecedented disasters are striking daily. Super-monsoon Nanmadol is headed for Japan, with the government ordering 8 million people to be evacuated. That is six percent of the country’s population. It would be like evacuating 20 million Americans, moving everyone out of Florida or New York state. A super-typhoon has winds of 150 miles an hour and would be like a category 5 hurricane in the Atlantic. Nothing like that has hit Japan for decades.Tens of thousands are already without power and public transportation has been suspended in Kyushu.

Last week, Typhoon Muifa, with sustained winds of 96 miles to 125 miles an hour, struck the Chinese city of Shanghai, which has 20 million residents. Some 13,000 fishing boats had to head for shelter. Shanghai is the world’s biggest container port. There are reports of flooding and damage to buildings and infrastructure. It is the strongest storm to hit Shanghai in recorded history and forced 1.6 million people from their homes.

The oceans are being heated up by heat-trapping carbon dioxide in the atmosphere, spewed there by humans burning petroleum, coal and fossil gas. We are only at the beginning of the age of the super-hurricane and the super-typhoon.