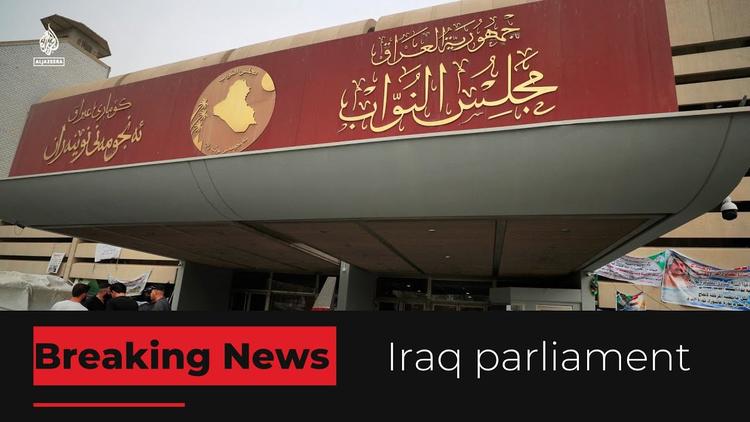 ( Middle East Monitor ) – There is usually a lot of competition between near-equal armed groups in Iraq. Resisting the 2003 US-led invasion provided a good opportunity for emerging groups from Sunni and Shia communities across the country to do just that. Such groups became the main protagonists in the bloody civil war, which declined after 2008 when the Sunnis resisted Al-Qaeda’s presence. Thereafter, the main armed groups were Shia, but the withdrawal of US forces in 2010 politicised them, and they started to engage more in politics.

Shia militias gained official and public legitimacy after Daesh took control of many Sunni-majority Iraqi provinces in 2014. Although the militias were established before then, they had had limited access to resources and official positions. In other words, they had de facto power in an unstable country. In order to stop the expansion of Daesh into Shia-majority provinces in southern Iraq, and to deter similarly radical groups, the Supreme Shia leader Ali Al-Sistani declared a fatwa — an Islamic law ruling — about resisting Daesh. The defeat of the terrorist group was a great opportunity for the militias to control most aspects of life and resources in Iraq.

The post-Daesh era was a critical time. While the Sunni politicians were able to compete politically, the displacement of millions of Sunnis was a good opportunity for the militias to forge the results of elections in the Sunni-majority provinces. This enabled the pro-Iran Fatih coalition to win forty-seven seats in the 2018 election and emerge as the second biggest winner. At least eight of its seats were in Sunni-majority provinces such as Diyala, Nineveh and Salahuddin.

However, the suppression of the October 2019 protests and the corruption of the politically-represented militias — especially Fatih — made it one of the losers in the 2021 election. Moreover, the other Shia political parties also lost seats in the same election, and later formed the Coordination Framework. The biggest winner in 2021 was the Sadrist Bloc led by Muqtada Al-Sadr. His ambition was to form a government led by his bloc sitting in parliament alongside Kurds and Sunnis. That wasn’t welcomed by the other Shia coalitions and he was called a traitor to the Shia cause as his proposed government would weaken the community.

These other Shia groups worked against Al-Sadr’s efforts by broadening their coalition to include individual and independent Members of Parliament. Consequently, they ended up having more than one-third of the seats, which was enough to block any session to vote on a new government. That political gridlock forced Al-Sadr to withdraw his bloc from the framework. Technically, this made the latter able to take the lead in establishing the new administration. By the time that the Coordination Framework, Kurds and Sunnis were close to nominating the new Shia prime minister, though, Al-Sadr called upon his followers to protest at the parliament building, and it was not possible to hold a parliamentary session to form the government. The result has been the current armed escalation.

Al-Sadr’s fear of losing the historic opportunity to have the most popular coalition in parliament and form a government seems to have confused him politically. First he called his bloc to resign, a move which has changed the map of political coalitions as the substitute candidates have become new MPs, which was the preferred situation for the framework to move towards forming the government. Then his supporters’ protests blocked the formation of a new government, but they did not change the situation. The status quo made Al-Sadr pull back from politics, which prompted the current armed confrontations between Al-Sadr’s supporters and other Shia militias.

It is unlikely that intra-Shia rivalry, even armed conflict, will be a major concern, for many reasons. Most importantly, the militias are under the control of their leaders, so when the latter make public statements, the militias act. For example, on 29 August, Al-Sadr pulled out of politics, which sparked off the violence, and a curfew was declared until further notice. As the situation escalated, Al-Sadr called on his followers the next day to leave the streets within sixty minutes, which they did. A few hours later, the government ended the curfew. Similar obedience is expected from the other militias. Such control can start or end major confrontations, but can be very dangerous if the leaders insist on escalating matters.

Furthermore, none of the Shia militia leaders will be willing to take the blame for initiating a conflict between Shia groups. The Coordination Framework may have called Al-Sadr a betrayer of the Shia, but moving political disagreements to an armed level will weaken the Shia achievements in the post-2003 era. Nevertheless, even if the situation does get out of control, a fatwa from Al-Sistani can calm things down.

Iran has the biggest influence in Iraq generally and on the framework leadership. It has no interest in having an uncontrollable situation in a neighbouring country. Weakening the Shia militias also means a weak role for Iran in Iraq. Thus, many Iranian officials have visited Iraq recently to ease the tension.

Armed conflict between the two main militia groups has not escalated, although there has been a lot of violence in Baghdad and provinces in southern Iraq. As such, nobody is really expecting a full-scale civil war. Moreover, no militia leader wants to change the status quo in a country divided along ethno-sectarian lines with dysfunctional governments, especially when the militias have the privilege of enforcing their agendas and controlling the country’s resources. There might be slight changes — over who gets a slightly bigger share in the government, for example — but nothing major, such as the elimination or curbing of other militias’ powers.

In conclusion, it has been obvious that Al-Sadr is not willing to give up his influence on the next government, and that the Coordination Framework does not want to be excluded. It is thus less likely for the framework to accept Al-Sadr’s call for an early parliamentary election because it may not perform as well as it did last year. There is no guarantee that Al-Sadr will stay out of politics, and the framework may form a government with the support of the Sadrist bloc. If that happens, Al-Sadr can keep his public profile “clean” by opposing “corrupt politicians” and ensuring that resources and political influence will continue to flow.

Raed Ahmed is an Assistant Professor at Al-Iraqia University, Baghdad.