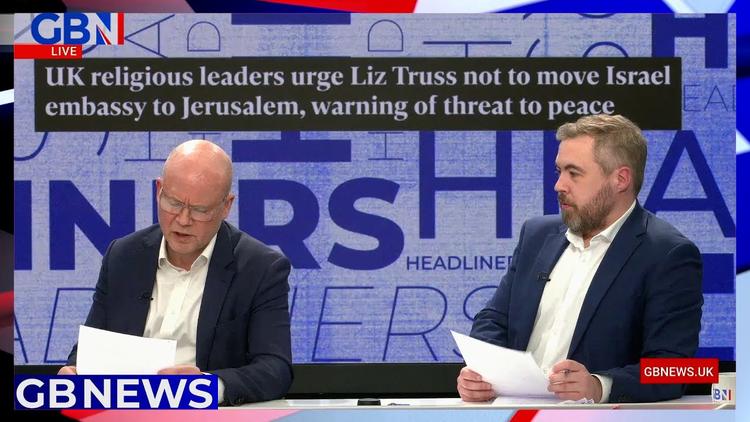 Belfast (Special to Informed Comment) – Russia’s invasion and annexation of four regions of Ukraine exposed western double standards elsewhere in the world once again. Western countries reacted to Russia by imposing sanctions and by providing military and financial aid to Ukraine which seems to give Ukraine the upper hand on the ground so far.

In comparison, the new British Prim Minister Liz Truss talked about the possibility of recognizing and, therefore, giving legitimacy to the Israeli occupation and annexation of Jerusalem by moving the British embassy from Tel Aviv to Jerusalem in the footsteps of the former US president and far-right darling Donald Trump.

The fact that she talked about moving the embassy to Jerusalem shows that she has no problem with invading and annexing territories against the International Law when it is done by her friends but it is a crime that warrants sanctions when it is done by someone else. After all, the creation of Israel on Palestinian land was a British colonial project that started with Balfour Declaration in 1917 which was followed by the British invasion of Palestine which brought Zionist colonialist settlers in order to ethnically cleanse the Palestinians and pave the way for the creation of Israel.

While Israel’s internationally recognized borders are confined to the land it took by force in 1948 (about 78% of historic Palestine), East Jerusalem was taken by force as well in 1967 when Israel took the West Bank and Gaza Strip (28% of Palestine). This means East Jerusalem is occupied territory that can’t be annexed under international law, which also prohibits the occupying power from transferring part of its population to the occupied land. Israel has acted in a way that contravenes international law in order to impose demographic changes on the ground. To put this in its historic context, Truss’s statement implies that the British government continues to support the ongoing ethnic cleansing of Palestine. This is also a major shift in Britain’s foreign policy which was based on the two-state solution with East Jerusalem the capital of a Palestinian state that will exist on the land occupied in 1967 according to UN resolutions.

Truss went further than that during the Conservative Party conference by stating that she is a huge Zionist. Considering her covert rejection of the two-state solution, it would have been more accurate for her to describe herself as an extremist Zionist. Actually referring to herself as a Zionist means that she believes in the aims of the Zionist movement as stated by the founding father of political Zionism Theodor Herzel who hoped to to “spirit the penniless population across the border.”

Having said that, it’s noteworthy to point out that ordinary British and other Westerners do not necessarily support their governments’ policies. A few years ago I met a former Northern Irish soldier who served in the British army during their occupation of Palestine. He told me that he witnessed the Zionists committing atrocities against the Palestinians. He and other British soldiers wanted to do something to protect the Palestinians but their commanders told them the orders were just to watch and not to interfere. This shows that the British government allowed massacres and ethnic cleansing to happen and failed to protect the Palestinian civilians and to live to its obligation as the occupying power which contradicts their reaction to the invasion of Ukraine.

Considering this British history of inflicting suffering on the Palestinians, it would have been more appropriate for a British Prim Minister to apologize to the Palestinians for Britain’s crucial role in causing the endless suffering. Instead, Truss chose to support illegal occupation and annexation and gave history another episode of western hypocrisy, double standards and violation of human rights. My conversation with the former British soldier shows that those who know the truth are less likely to side with injustice which demonstrates the importance of raising awareness of the plight of the Palestinian people and their history.