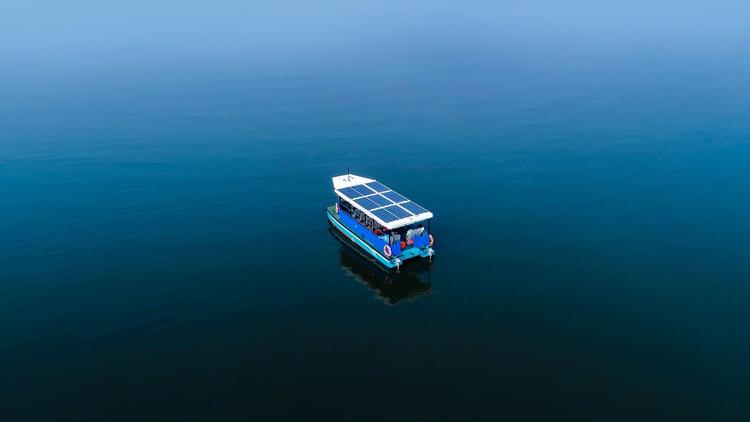 The pilot project in the capital is an addition to the company’s existing CO2-neutral delivery fleet consisting of electric trucks and bicycles, and “shows we are betting on sustainable and climate-friendly logistics,” said DHL chief production officer Thomas Schneider in a press release.

The small electric ship will carry several hundred packages from Südhafen Spandau to Westhafen daily. By using photovoltaics on the ship’s roof, sufficient electricity can be generated for propulsion and on-board power, said DHL. For times without sun, the energy is stored in batteries. The ship has a propulsion power of five kilowatts and thus reaches up to 12 kilometres per hour.

Delivery traffic in Germany is on the rise due to the boom in online retailing, also pushed by the coronavirus pandemic. DHL has invested 600 million euros in “e-mobility and innovative delivery solutions” this year, and last year announced plans to invest a total of 7 billion euros by 2030.