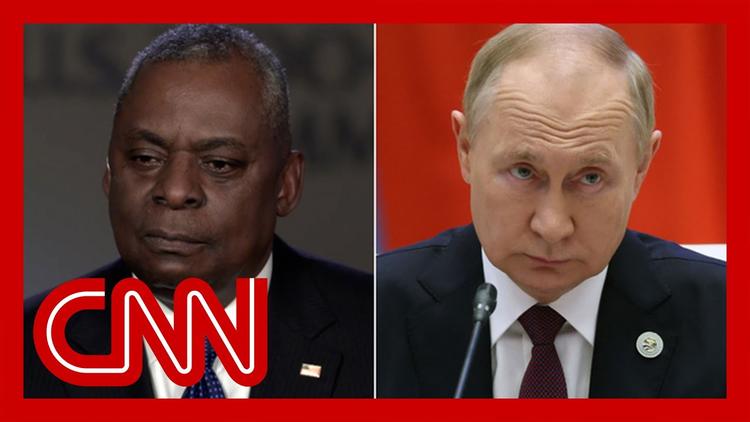 Ann Arbor (Informed Comment) – Russian President Vladimir Putin again threatened on Friday, as he announced the annexation of four provinces from Ukraine, to use nuclear weapons, presumably as a last resort, in his war on Ukraine.

Putin said, according to Reuters,

“The United States is the only country in the world that has twice used nuclear weapons, destroying the Japanese cities of Hiroshima and Nagasaki, and setting a precedent.”

“Even today, they actually occupy Germany, Japan, the Republic of Korea, and other countries, and at the same time cynically call them allies of equal standing.”

Putin’s implication is that it would be hypocritical for the US to denounce Russia for using nukes, when Washington itself has done so twice. He is further implying that the presence of U.S. troops in allied countries is just a fig leaf for a form of occupation no different than what he has just imposed on the four provinces of Ukraine.

Putin’s analogies are screwy and you wonder if, by all that whispering back and forth with Trump on the sidelines of summits, he somehow caught whatever brain disease it is that has driven the former guy so bat shit insane.

The US bases in Japan, South Korea and Germany are there on the basis of bilateral understandings. When Charles De Gaulle demanded that the US withdraw its military forces from France in 1966, the US left. (I was a US military dependent at the Foret D’Orleans base 1962-1965). When the Philippines’ Senate asked the US to close its Subic Bay naval base in 1991, the U.S. promptly did so. The U.S. has not always behaved this well. The Iraqi parliament demanded that the prime minister make arrangements for US troops to leave Iraq in January 2020, but 2500 non-combat troops are still there. The prime minister feels differently than parliament, however, and I think the US would acquiesce to a united Iraqi government demand of this sort.

In any case, the US would certainly depart the three countries Mr. Putin singled out if it were asked to do so. Will Putin depart all of Ukraine, as he has been asked to by Kyiv? No, I thought not.

Ukraine does not have nuclear weapons, and in fact quite responsibly gave up its nuclear arsenal in 1994, so it would not be the sort of country against which the US would use nukes even if Washington went to war with Ukraine.

Kyiv had had the third largest such stockpile in the world! In response to this step, the Budapest Memorandum signed by the Russian Federation, the U.K. and the U.S. pledged these powers to respect the independence and sovereignty of Ukraine.

Russia violated the Budapest Memorandum the first time in 2014 with its invasion of Crimea, and now again in 2022 with its war on Ukraine. The current US and UK military supplies to Ukraine are in accordance with their obligations under the Memorandum.

Both Iraq, which also gave up a not-very-advanced nuclear weapons program in the 1990s, and Ukraine, which relinquished its nukes in 1994, have been invaded. Already, the optics are very bad for nuclear proliferation. If you were Iran, Turkey, or Saudi Arabia, what would you be thinking? Wouldn’t you notice that North Korea, which went hell bent for leather in developing a nuclear stockpile, has not been invaded?

If Ukraine were not only invaded but also nuked, that would convey to the world the message that a country without nuclear weapons is a sitting duck before any country that does possess that capability. So far, the US, Britain, France, China, Russia, Israel, North Korea, India and Pakistan all have nuclear weapons.

We have nine nuclear states in part because of inter-state rivalry. Once the US had a nuclear bomb, Russia had to have one, since the two superpowers were then locked in global struggle for dominance. Once Russia and the US had a bomb, China had to have one, since it had tense relations at many points with both the superpowers. Israel wanted the bomb to forestall any further pan-Arab attempt to push it into the sea, and also as an implied threat to Arab rivals. In 2003 as the US invaded Iraq, the Israelis warned Iraq not to retaliate against US ally Israel with rockets with poison gas in their noses, threatening to nuke Baghdad if it did so. Once India had a bomb, its primary rival Pakistan had to have one, too. North Korea’s bomb was a response to the nuclear umbrella the US military had extended over South Korea and Japan.

One of the reasons US officials typically give for not wanting to see Iran develop a nuclear weapon is that they fear if Tehran had one, Saudi Arabia would insist on having one, as well. Washington manages to ignore that Israel is the country that kicked off the nuclear arms race in the Middle East, and that Iraq’s feeble experiments in that direction were a response to the Israeli bomb and the forms of hegemony it gave Israel in the region.

If simple rivalries can impel countries to go nuclear, rivalries plus real-world examples of how dangerous it is to be without a nuke would turbocharge this tendency.

A nuclear strike on Kyiv would make Ukraine’s 1994 leadership look like complete and utter fools for giving up the protection of their own nuclear arsenal. Putin would never have dared invade Ukraine if it had remained a nuclear state.

But it could also make countries like Iran, South Africa, and Argentina, which have had the scientific expertise to create a nuclear weapon but who have chosen not to, reconsider.

Iran’s clerical Leader, Ayatollah Ali Khamenei, has given numerous fatwas that forbid the creating, making and stockpiling of nuclear weapons as contrary to Islamic law. Classical Islamic law forbids the killing of noncombatants in war.

No one in the US takes Khamenei’s fatwas on the subject seriously but they should. Iran only has a civilian nuclear enrichment program and not a military one precisely because of the anti-nuke fatwas of the ayatollah. Those in Iran’s military and scientific establishment who want a bomb have to content themselves with acquiring the know-how to make one without actually starting up a nuclear weapons program. Gaining capabilities without actually going for a weapon is called the “Japan option” or “nuclear latency,” and it has some benefits for deterrence. Getting up an invasion of a country that could have a bomb by the time your troops landed on its soil would obviously be unwise.

Khamenei, however, is old and allegedly ill or very frail. A new leadership is emerging. They may feel differently about at least making and stockpiling nuclear weapons than did the older generation of ayatollahs, who excoriated them as works of the devil.

It isn’t just Iran, though. Any country with a major enemy that fears invasion may take a lesson from Putin’s use of nukes that they would rather be pariahs like North Korea than victims like Ukraine. If Iran got a nuke, Saudi Arabia would certainly want one, and Riyadh is in a position just to buy the scientists to make one. Southeast Asian countries afraid of an increasingly assertive China would be in the same boat.

The use of nuclear weapons is not only a threat because such explosions would kill hundreds of thousands or nowadays even millions of people. The journal Science points out that they would set forests and buildings on fire, putting enormous amounts of greenhouse gases into the atmosphere. Ironically, they could put so much particulate matter into the atmosphere that they could cause a nuclear winter, killing off all plant life by plunging the earth into two or three years of darkness, and perhaps killing off most large mammals as well. (Hint: humans are large mammals.) That nuclear winter would be a cold spell, but when the earth came out of it and the atmosphere cleared up, it would immediately go tropically hot because the CO2 and methane would still be up there, from all the forest and other fires. A nuclear winter followed by a rapid melting of the ice sheets at the poles and hot surface temperatures in the ocean, producing devastating mega-storms that will make Ian look like a kitten, would await anyone who survived the nuclear winter.