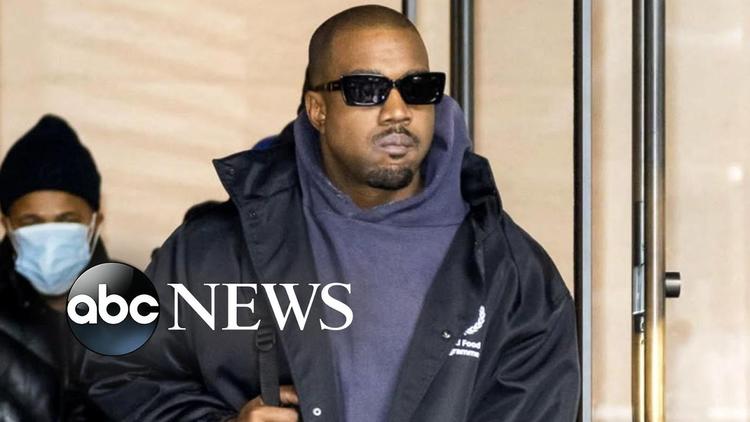 (The Conversation) – Antisemitism has been in the news a lot lately. Hip-hop megastar Ye – formerly known as Kanye West – tweeted Oct. 8, 2022 that he would “go death con 3 On JEWISH PEOPLE,” and then made antisemitic comments during a series of interviews. Basketball star Kyrie Irving has been embroiled in scandal after promoting a film that accuses Jews of controlling the trans-Atlantic slave trade and worshiping the devil. And former U.S. President Donald Trump posted on his social media platform that Jews must “get their act together” and show more appreciation for Israel “before it is too late” – a suggestion some read as a veiled threat.

While Ye and Irving’s actions were widely condemned, Trump’s received much less rebuke. Partisan politics, especially in the run-up to the midterm elections, are likely one reason why Trump has not been ostracized like Ye and Irving. But it’s also because many people, including some prominent conservative Jews, do not see anything antisemitic in Trump’s words.

Accusations of antisemitism often seem like a kind of Rorschach test. Where some people see antisemitism, others see a legitimate opinion or statement. Arguments ensue, and even more accusations fly.

As a political scientist studying contemporary antisemitism and the current arguments about it, I believe this pattern stems from fundamental misunderstandings about what antisemitism is and how it works. People often think that antisemitism just means hating Jews. But this is too simplistic. It is more useful to think of antisemitism as a kind of racism. There are different varieties of racism, each with their own history and distinctive characteristics.

Just as much of American society has come to recognize that anti-Black racism is more than a matter of personal prejudice, this is true of antisemitism as well. Antisemitism is “anti-Jewish racism,” and, like anti-Black racism, it can operate in multiple ways. It can involve overt hostility, or covert bias. It can be intentional or unintentional. It can be expressed in stereotypes, in coded language, and in conspiracy theories.

Hating Jews, or having other kinds of negative feelings toward them, is certainly one form of antisemitism. But antisemitism can also be an unconscious bias, a form of “implicit racism.”

Probably the most common form of antisemitism consists of negative stereotypes about Jews, such as the idea that they are rich, greedy, scheming or more loyal to other Jews or to Israel than to the countries in which they live. These stereotypes are embedded in many cultures, and they can be unconsciously internalized. People can therefore express antisemitic stereotypes without knowing their racist origins, or harboring hostility toward Jews.

Many people have excused the numerous times Trump has trafficked in Jewish stereotypes on the grounds that his daughter, son-in-law and grandchildren are Jewish, and that he was avowedly pro-Israel when he was president. This is sufficient proof for some people that he cannot be antisemitic.

But having Jewish friends or family members, or even being Jewish oneself, does not give you immunity from having antisemitic beliefs or ideas any more than having Black friends or being a Black person gives you immunity from anti-Black racism – just look at Ye, who has said, for example, that 400 years of slavery seems like “a choice” by African Americans.

The trope that doesn’t die

Like other kinds of racism, antisemitism can also be expressed obliquely, in a “coded” manner: when Jews or “the Jews” are not named, but antisemitic tropes are invoked.

For example, people disagree over whether it is antisemitic to vilify the billionaire liberal philanthropist George Soros, who is Jewish, as Republican politicians and Fox TV hosts regularly do.

Not all criticism of Soros is antisemitic, but accusing him of masterminding all sorts of national or international events draws on the old antisemitic trope that wealthy Jews are puppet-masters, secretly pulling the strings of governments, media and banks around the world to serve their own nefarious ends.

The most enduring and perhaps most distinctive feature of antisemitism is the central role it often plays in conspiracy theories. Take the so-called great replacement theory and the related idea of “white genocide,” which falsely claim that Jews are covertly trying to replace white, Christian populations in white-majority countries with people of color and non-Christians.

These conspiracy theories drive much of white nationalism, and are why white supremacists and neo-Nazis marching in Charlottesville, Virginia, in 2017 chanted “Jews will not replace us!” The perpetrators of some of the worst racist violence in the United States in recent years, such as the mass shootings in Buffalo, El Paso, and Pittsburgh were all motivated by these antisemitic ideas.

Recognizing that antisemitism can take different forms – not just hostility toward Jews – will not automatically resolve disagreements about what is or isn’t antisemitic, particularly when they concern criticisms of Israel. But it can help the conversation by focusing on whether what someone said or did was antisemitic, rather than focusing on their intentions or feelings.

It can also refocus the conversation on explaining why something is antisemitic, rather than just denouncing it. Most people do not know the long history of malicious myths and conspiracy theories about Jews that have circulated for centuries. Nearly half of Americans told pollsters they do not even know what the word antisemitism means.

Countering antisemitism, therefore, requires more than “calling it out” – it requires educating people about antisemitism. As the number of reported antisemitic incidents in the United States surges to record levels, there is an urgent need to do so.

Ed. note: See also H. Scott Prosterman, https://www.juancole.com/2022/10/dangerous-antisemitism-stereotypes.html”> “With his Dangerous Antisemitism and Racist Stereotypes, Ye has made himself a MAGA Patsy.”