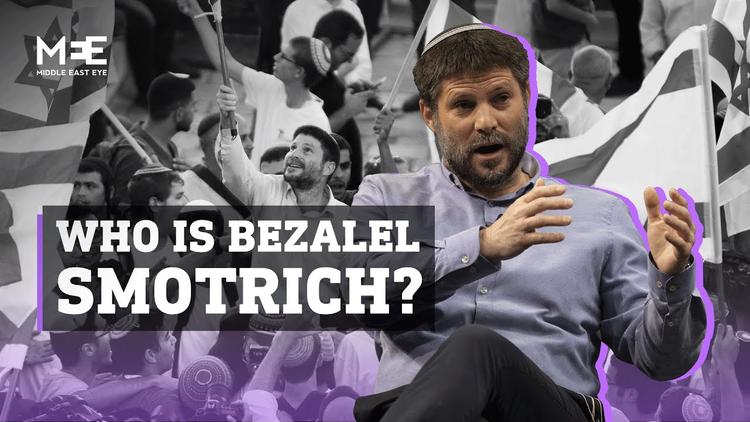 Oakland, Ca. (Informed Comment) – The election of a far-far right wing Israeli government may challenge the strength of US-Israeli relations as never before. How many human rights violations and imperialist annexations are to be tolerated before the spigot of endless financial support is turned off? The U.S. has made clear to Israel that it would find it hard to maintain close bilateral security cooperation if Bezalel Smotrich or his far-far-right political partner Itamar Ben Gvir are appointed to defense-related ministry positions.

The consideration of Smotrich for Defense Minister by the new government of Prime Minister Binyamin “Bibi” Netanyahu has led to objections from former Israeli defense officials, because he only briefly served in the army (the “Israeli Defense Forces” or IDF) and had multiple deferments for religious and legal studies. Israel offers religious exemptions from military service as a remnant from the post-independence days, when the yeshivas and libraries had to be rebuilt from the ground up after the Holocaust. Now it is a drain on the economy and military. Amos Gilad, a former military intelligence chief said Smotrich would be “a major disaster” as defense minister.

Former IDF chief of staff Gadi Eisenkot warned Friday that the idea of appointing Smotrich as Israel’s next defense minister is troubling, saying, “He lacks the experience and the knowledge. Israel faces immense external and internal threats. . .His worldview is very problematic regarding women in the IDF, the territories, the Palestinian Authority. That would create a chaotic environment.” Eisenkot said he was concerned about Ben Gvir’s “lack of humility and that he shoots in all directions without understanding the challenges first.”

The Israeli parliamentary system makes government-building complex, because it involves delicate negotiations, and horse-trading over which party will hold which ministry in return for agreeing to help form a government, which involves putting together a coalition with a majority of the 120 seats in the Knesset or parliament. Benjamin Netanyahu managed to form a coalition composed of his Likud (32 seats), along with the extremist Religious Zionist Party (14 seats), Shas (11 seats), and United Torah Judaism (seven seats). That adds up to 64 in the 120 seat Knesset. Netanyahu brokered the alliance between Ben-Gvir’s Jewish Power party and Smotrich’s Religious Zionism party, to give them the third-largest party in the country, and put himself over the top for forming a government.

If a politician with Trump-like petulance such as Smotrich can win enough votes, he can sink a government with impossible demands, in the same spirit as January 6 insurrectionists. Tom Friedman characterized the new government as, “. . . a rowdy alliance of ultra-Orthodox leaders and ultranationalist politicians, including some outright racist, anti-Arab Jewish extremists once deemed completely outside the norms and boundaries of Israeli politics.”

The far right-wing coalition has formed a government dedicated to getting Netanhayu out of his ongoing corruption trial. They have nothing but contempt for women’s and LGBTQ rights. This should, “send friends of Israel in Congress fleeing from any reporter asking if America should continue sending billions of dollars in aid to such a religious-extremist-inspired government,” says Friedman.

Smotrich exudes the spirit of January 6 insurrectionists in the U.S. He has argued that hospital maternity wards should segregate Arab mothers from Jewish mothers. He has championed outright Israeli annexation of the West Bank, and gives violent right-wing settlers total freedom terrorize Palestinians. There is “no such thing as Jewish terrorism,” he said. His coalition partner Itamar Ben-Gvir was convicted by an Israeli court in 2007 of supporting a Jewish terrorist organization.

To form a government, Bibi had to make a deal with a different devil because his usual allies jettisoned him over his crimes and convictions. He had to reach out to the most extreme fringes of far-far right Israeli politics to get a majority. This illustrates the depths of his cynical corruption in being willing to use those elements to pass a law enabling him to avoid a trial and detention. One of the things Netanyahu has in common with Trump is their willingness to use whatever mechanisms available to avoid accountability for past crimes and position themselves to keep operating as they please. Another is the appeal they launch to the far-far right ultra-nationalist elements within, and their intent to sabotage minority rights through in their judicial systems.

Smotrich dedicated his legal practice to creating a pro-settler group that works to systematically solidify Israeli control of the West Bank. Ben-Gvir has several criminal convictions, including for racist incitement and support for a terrorist group. Smotrich was released without charge in 2005 after protesting against the Israeli withdrawal from the Gaza Strip. Israel never prosecuted Smotrich because the Shin Bet didn’t want to betray their sources. He describes himself as a “proud homophobe,” and has called Reform Judaism a “fake religion.” Demeaning the spiritual practice of the majority of American Jews alienates many sources of financial support. Israel’s deal with the devil is to replace that source of financing with more appeals to Evangelical Zionists. They are the ones who “love” Israel, driven by apocalyptic visions of a world without Jews.

Ironically, Smotrich’s political-spiritual mentor is Rabbi Abraham Isaac Kook, who founded the original Gush Emunim (Block of the Faithful) before it was hijacked by perverse right-wing forces led by his son. What began as an organic Zionist movement, inclusive of Palestinians was perverted into a violent, ultra-nationalist sect.

So while the United States avoided an electoral disaster of a right-wing landslide, Israel was not so fortunate. Democracy is on life-support in Israel, if there’s still even a pulse. It’s as if the US had brought back Donald Trump as President and given him his way on all cabinet and department appointments such as the Proud Boy supporters and insurrectionists like Roger Stone and Michael Flynn. Bibi’s choices are positioned to permanently end democracy in Israel and solidify an apartheid system in Occupied Palestine. The US objects forcefully, and US-Israeli relations are threatened as never before. It appears to be a myopic act of political suicide on Netanyahu’s part. Six years of Trump as president gave Bibi a false sense of hubris about his ultimate reach.