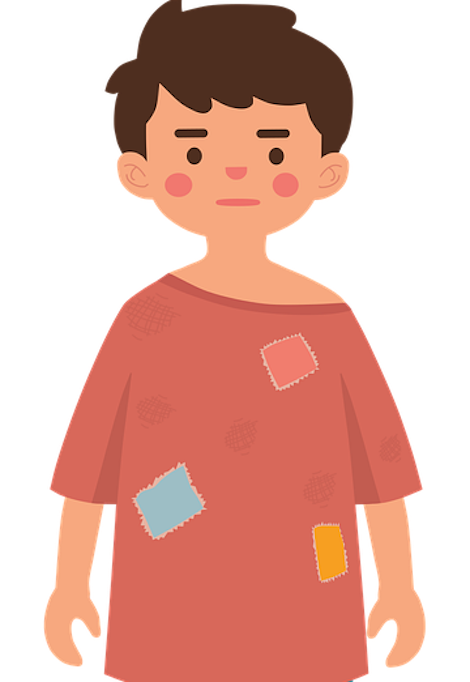 ( Inequality.org ) – Over a half-century ago, back in the mid-1960s, books about poverty abounded. But publishers paid relatively little attention to wealth’s concentration. A generation earlier, Americans had obsessed about grand private fortunes. By late mid-century, that obsession no longer excited either the media or the public.

So argues a gripping new book from an activist physician who’s helped divine the keys to long and healthy life.

That would all soon change, particularly after Ronald Reagan’s 1980 election. “Rich people” would suddenly reemerge as a cultural phenomenon worthy of ample attention. In 1982, the editors at Forbes magazine even started annually profiling America’s 400 richest.

Serious books about the growing maldistribution of America’s income and wealth would, in short order, once again begin appearing. In 2014, one inequality book — Thomas Piketty’s 700-page Capital in the 21st Century — actually became Amazon’s top-selling title. Our new Gilded Age of grand fortune had created a publishing golden age for books that contemplated inequality’s impact upon us.

The books on inequality that abound today offer up important information and insights. They survey our unequal landscape, trace the drivers behind our top-heavy distribution of wealth , and propose serious solutions. Unfortunately, these important contributions to the literature on inequality haven’t had much of an impact. Our grand fortunes remain grand.

Our income stats tell a similar story. Incomes in our bottom 50 percent now stand, after inflation, just under a meager 30 percent higher than their level back in 1976. American top 0.01-percent incomes have soared almost 600 percent.

This book’s author, Stephen Bezruchka, will already be familiar to folks active in anti-inequality circles. Bezruchka, currently a professor emeritus at the University of Washington’s School of Public Health, has spent the last quarter-century teaching and lecturing all across the nation about the incredibly high price we Americans are paying for letting our wealth concentrate

How high a price? His new book, Inequality Kills Us All, rests on a grim reality: Americans have spent recent decades dying at much higher rates than people living in our peer nations, societies that all spend significantly less on medical care than we do in the United States and yet enjoy significantly longer life expectancies.

How could that be? Decades ago, Bezruchka set out on a journey to find out. As a younger physician, he had fully bought in to the standard medical profession perspective. He equated health with health care, as did all the doctors around him. People got sick. Doctors did their best to get people well. End of story.

But real life, as the young doctor began living it, had a nasty habit of poking holes in that story. Bezruchka had spent time early on in his career practicing medicine in Nepal, a nation he had earlier encountered as part of the first Canadian Mount Everest expedition. He also spent years stateside working big-city hospital emergency rooms. All these experiences, bit by bit, had Bezruchka viewing health through a much more open-minded lens. Health care, he was learning, cannot guarantee health. Inequality gets in the way. Inequality kills.

Bezruchka’s new book goes deeply — and clearly — into the how. He walks us through the work of pioneering researchers like the UK’s Richard Wilkinson and Kate Pickett and Harvard’s Ichiro Kawachi and S.V. Subramanian. Inequality, the work of these scholars helps us see, packs a devastating one-two punch.

The first punch: the “psychosocial” stress that living in deeply unequal societies inevitably creates. People in these societies can have “enough resources to provide for basic needs,” Bezruchka explains, but not enough “to support the more lavish lifestyle that they see others enjoying.” The wider the gap, the stronger the pressure to constantly compete for higher status. We envy those above us. We scorn those below. We trust in others ever less. We cooperate ever less.

Bezruchka continually interlaces this status story with his own life’s story. In Nepal, he writes, he “lived with people in remote areas who had only the basic material goods they needed.” These Nepalese didn’t know what they didn’t have: “Their moral compass directed them to share.”

In the deeply unequal United States, by contrast, that sharing seldom shows. One arresting example: Drivers of high-status cars, as researcher Paul Piff has detailed, turn out to be “more likely to cut off other vehicles at intersections and endanger pedestrians at crossings than those in more modest automobiles.”

This unrelenting everyday pressure of “psychosocial status distinctions,” other research has shown, has distinct biological consequences. Such stress changes us. The wear and tear of coping with chronic daily stress — the “allostatic load” — leaves us with elevated blood pressure and immune systems too weak to respond when a “big challenge” emerges. This avalanche of stress, relates the emerging field of epigenetics, can start impacting how our lives unfold even before we emerge from the womb.

In societies as unequal as ours, people do the best they can to cope with the stress they face. But the most common coping mechanisms — be they drugs or high-sugar, high-fat comfort foods — take their own heavy tolls. Life in societies much less unequal than ours, meanwhile, generates significantly less stress.

So why don’t we just take steps to become a more equal society? The basic story: In deeply unequal societies, not just wealth concentrates at the top. Power does as well.

Our rich, Bezruchka points out, see no need to employ that power on behalf of those without fortune. They see no particular reason to extend a helping hand to those without their fantastically good fortune. They believe they worked hard for their success. So why should they help others who didn’t? Keep taxes low, they demand. Keep government off our backs. Let the “free market” determine how our lives shake out.

The more wealthy the wealthy become, the greater their capacity to impose these mindsets on the rest of us. And the rest of us find ourselves split. Bezruchka offers an allegory to help us understand why. He asks us to imagine a billionaire and his chauffeur pulling up to a homeless family along the side of the road. The billionaire steps out of the car and snatches a loaf of bread away from the mom. The billionaire and the silent chauffeur then drive away.

Why does the chauffeur acquiesce to this brutal billionaire behavior? Bezruchka sees “something in the way of a private moral deal between the billionaire and the chauffeur,” a deal that’s left the world “meaner but solves an emotional problem for some people who, given the way their own lives are being squeezed, find themselves with less empathy left over for others outside their social circle.”

Those the furthest outside that social circle, society’s poorest, “do not complain of deep inequality” either. Bezruchka sees them quite understandably focused on their own personal issues, everything from food and housing insecurity to lack of access to medical care. They don’t focus on the reality “the rich have too much.” Their focus remains “ downstream, related to tangible issues nearby.”

Yet Bezruchka still believes that “windows of opportunity for effective change are opening.” His final pages have us, his readers, believing that too. We can, he notes, ready ourselves to seize that opportunity. We can confront the “wealth defense industry.” We can eventually move onto the table antidotes to wealth concentration — like a “maximum wage” — that today seem far beyond the realm of possibility.

What makes Bezruchka’s final chapter so powerful? Books about inequality typically deliver critiques of our top-heavy economy and polity, then send us on our way with pro forma exhortations to get involved in efforts to help make our world less unequal.

Bezruchka’s final chapter gets far more personal and powerful. He clearly takes delight in advocacy and feels we could feel that delight as well. Toward that end, Bezruchka asks us to inventory our skills and the activities we enjoy, then offers us a wealth of options for putting those skills and interests to work. He gets specific. He gives us examples. He guides us where to go to get started.

Tips for turning haphazard conversations with strangers into substantive discussions. Ideas for using photography to tell compelling inequality stories. How-to’s on everything from revising the rules of Monopoly, the world’s best-selling game, to giving talks at retirement homes. Bezruchka’s closing chapter imaginatively covers the sorts of ground books about inequality have never before covered.

And Inequality Kills Us All couples all this useful information and background with leads that can connect readers directly to the groups — and activist resources — now helping to build a more effective struggle for a more equal world. Bezruchka believes we can overcome the public indifference our rich and powerful count on. By the end of his final What Can We Do? chapter, we believe that just as much as he does.

Social movements begin, Bezruchka reminds us, with “people working on critical, timely issues as individuals and then together with others.”

Social movements can also begin with books. Dr. Stephen Bezruchka has given us a book we desperately need.