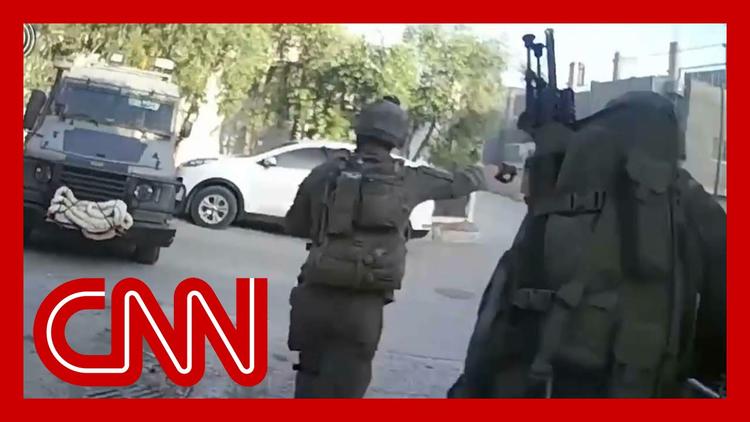 Ann Arbor (Informed Comment) – AP reports that the Department of Justice gave the Federal Bureau of Investigation the charge of investigating the Israeli killing of the enormously influential Palestinian-American journalist Shireen Abu Akleh six months ago, on May 11.

Minister of Defense Benny Gantz tweeted that Israel would not cooperate with the FBI and that he viewed the investigation as foreign interference in an internal Israeli affair.

The problem with Gantz’s obfuscation is that the assassination of an American journalist is not an internal Israeli affair. It is an American affair. Can you imagine the 24/7 frenzy the US press would have gone into if the Iranian Revolutionary Guards shot down a seasoned American journalist in broad daylight? Gantz thinks being Israeli means never having to say you are sorry.

The US gives Israel roughly $4 billion dollars a year in direct grants, plus sweetheart deals on access to US markets and technology that are worth many billions of dollars more. Even though Israel is a relatively wealthy country, the US actually gives money to its citizens.

I don’t think a simple request to cooperate with the FBI in looking into the murder of an American in Israeli-Occupied territory is much to ask in return.

Abu Akleh and her crew were wearing big signs saying “press,” and protective helmets. They were outside the gate to the Jenin refugee camp, which the Israeli Occupation army intended to raid in a search for militants. The journalists, working for Qatar’s respected Al Jazeera network, identified themselves to the nearby Israeli forces as press. Shireen’s colleague, Shatha Hanaysha, told CNN, ”We stood in front of the Israeli military vehicles for about five to ten minutes before we made moves to ensure they saw us. And this is a habit of ours as journalists, we move as a group and we stand in front of them so they know we are journalists, and then we start moving.”

Abu Akleh then came under concerted Israeli sniper fire, which expertly caught her just beneath the helmet and killed her instantly. Her colleague, Al Jazeera producer Ali al-Samoudi, was shot in the back. Other members of the six-member team were pinned down for some time by the Israeli sniper fire.

It was immediately obvious that the sniper had been ordered to assassinate Abu Akleh, who had been reporting from the Palestinian West Bank for over twenty years and was a trusted icon of press integrity for millions of viewers. An Israeli official admitted that he considered the journalists to have been armed “with cameras.” Israeli security forces’ and squatters’ constant attacks on Palestinians living under the Israeli jackboot have brought international opprobrium on Israel, with all the major human rights organizations declaring it an Apartheid state over the past two years. The Israeli government’s propaganda arm views this charge as potentially an obstacle to Israeli plans to gobble up ever more Palestinian land. The state has therefore launched a campaign to denounce such charges of Apartheid as “antisemitic,” though the charges are about Palestinian human rights and say nothing about Jews in general. They have also attempted to smear six Palestinian human rights organizations as somehow “terrorists,” suggesting that the official Israeli use of the term “terrorism” refers to anything endowing Palestinians with basic rights.

This campaign to keep the world from seeing what is going on under Israeli Occupation appears to have begun with the decision to rub out Abu Akleh.

CNN did its own investigation and concluded that the killing was done by an Israeli sharpshooter “in a targeted attack.”

It is not an accident that the Israeli military was ordered to take this outrageous and drastic step when Naftali Bennett, a far right extremist and annexationist, was prime minister. He once boasted that he had “killed a lot of Arabs.”

Bennett initially said that Shireen had been killed by Palestinians (!). Then when that allegation was shown to be false they maintained that there was a firefight going on and that Israeli troops responded to it, and perhaps Shireen got caught in the crossfire. But CNN reviewed video and audio recordings and concluded that there were no clashes at the time of Shireen’s killing.

The Israelis finally admitted, long after the spotlight had moved away from the scene of the assassination, that one of their troops was probably responsible for the shooting, but they immediately exonerated him (without naming him), saying he was not guilty of any wrongdoing.

It is never OK to shoot down civilians in cold blood. That is called a war crime.

Will the FBI be able to go beyond CNN’s findings or at least confirm them? The crime scene has gone rather cold and they won’t have access to the Israeli detachment from which the sniper fire came. On the other hand, there is a lot of video evidence, and some physical evidence such as the pattern of the gunfire that hit the trees in front of the Al Jazeera press team.

The AP article quoted at the top of this column worried that the FBI investigation could cause a breech in US and Israeli relations. That is highly unlikely, since the Israelis don’t actually want to lose $4 billion a year or all those sweetheart deals they have with the US economy. They’ll just say some passive-aggressive nonsense about how they are offended that anyone could think them capable of, like, shooting people in cold blood. And then they will go on with their all too frequent shooting of people in the West Bank in cold blood.

The problem isn’t with the Israelis but with their colonial Occupation of the Palestinians. Such occupations make people unbalanced. The French did and said a lot of abominable things in the 1950s when they were trying to keep Algeria, too. And you should have seen the Americans in the Philippines in the early 20th century, where they killed 20,000 directly and set up a situation in which 200,000 people died from displacement, malnutrition and disease. The biggest tragedy ever to strike Israel was its leaders’ reneging on the Oslo Peace Accords, with Binyamin Netanyahu in the forefront. Now he is prime minister again. Hatred is good for some political careers.