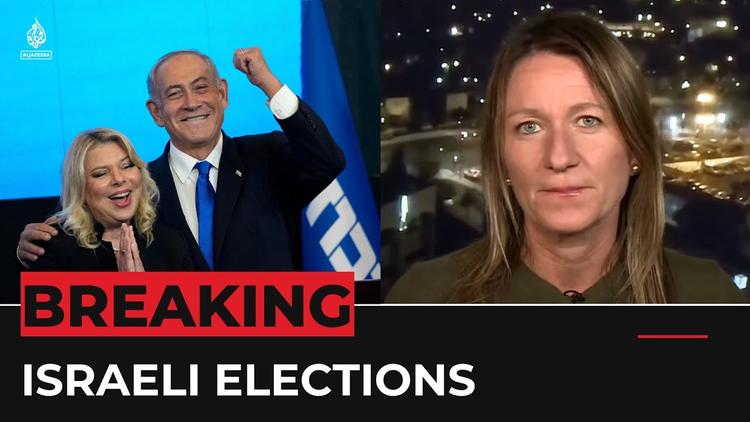 Ann Arbor (Informed Comment) – Now that far, far right Israeli politician Binyamin Netanyahu has been elected, what are the major negative consequences Israel and the world might see, according to the Israeli press and other sources? I’m drawing in part on a roound-up by BBC Monitoring.

1. Netanyahu’s more fascist allies have demanded that all “terrorists” be executed. Netanyahu has resisted this demand in the past, but now that he depends on the fringe Right, they may force the measure through (Yuval Karni in the centrist, mass circulation Yediot Aharonot). Since Netanyahu’s new friends Bezalel Smotrich and Itamar Ben-Gvir view pretty much all Palestinians and even Israelis of Palestinian heritage as “terrorists,” that would be six million executions. Gee, there is a word for that kind of thing and it is on the tip of my tongue. No worries, it will come to me. Even if we defined terrorism as it was in the old 1990s pre-politicization Federal Code, as violence by non-state actors against civilians for political purposes, could Israel rival Saudi Arabia or Iran as execution capital of the world?

2. Netanyahu is trying to bring the Noam Party into his coalition. One of its major concerns is to attack LGBTQ people, and the party objects to Israel’s ban on conversion therapy, traumatic attempts forcibly to brainwash people of that persuasion into being straight. There is speculation that Netanyahu might lift that ban to get Noam’s allegiance, throwing LGBTQ people under the bus (Haaretz).

3. Netanyahu is on trial for corruption. With a firm majority of 64 seats in the 120-member Knesset, some fear that he will simply cancel the trial. His coalition could pass a law that sitting politicians can’t be fired. Netanyahu could also appoint a public prosecutor who would dismiss the charges ((Yuval Karni in the centrist, mass circulation Yediot Aharonot). Some of these steps would be further departures by Israel from democratic norms, since they would have the effect of putting the prime minister above the law.

4.The right wing Israel Ha-Yom urges a renewed Israeli drive to send squatters into the Negev and the West Bank to steal Palestinian-owned land and erect housing on it. Expect a huge influx of squatters into a Palestinian West Bank that is already virtually in a low-intensity civil war between the militant, armed squatters and the largely helpless Palestinian natives. Some Palestinian youth in Nablus have armed themselves for resistance to these constant encroachments and theft, calling themselves the Lion’s Den. How long before the low-intensity civil war turns high-intensity as Netanyahu sends in hordes of new squatters?

5. The last time Netanyahu was prime minister, he made a push to annex large swathes of the Palestinian West Bank. Now that he does not depend on any centrist or center-left parties for his coalition, he will be free to push ahead with this action, which is a war crime in international law.