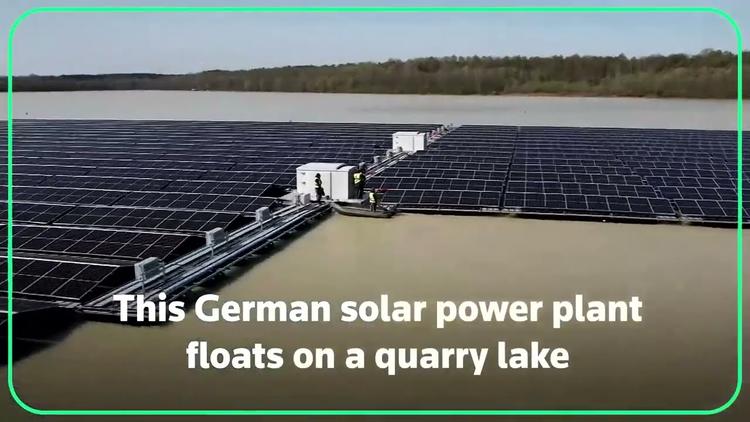 Ann Arbor (Informed Comment) – The independent energy research firm Rystad Energy, headquartered in Oslo, has found that it would be ten times less expensive over the long run to install solar farms than to continue to operate gas-fired electricity plants in Europe. Although the Ukraine War has been good for petroleum and fossil gas prices and sales in the short term, future historians may see it as the nail in the coffin of hydrocarbons. Countries such as Germany that grew dependent on Russian fossil gas are now deeply regretting it. They are trying to turn quickly to Liquefied Natural Gas, for which they are putting in terminals, since that can be shipped by sea.

There is not, however, at the moment very much elasticity in the global supply of fossil gas, so that prices may remain high. Those high prices are one cause for the increasing relative affordability of new wind and solar plants. Geopolitical considerations now also play a role in making the move to solar more urgent. Germany cannot afford to depend on outside suppliers, whether Russia or Algeria, for so vital a sector of its economy, since the world of hydrocarbons is volatile and prone to wars and disruptions.

The spike in fossil gas prices this summer and fall in Europe is unprecedented. At one point in August it was about $730 per megawatt hour. That is ten times more than the levelized cost of solar. Rystad estimates that the gas price will settle at $156 per MWh in the medium term, which is three times the levelized cost of solar. Unless you like wasting money, the conclusion is clear. You’d be crazy not to put in a lot of new solar.

And Europeans clearly recognize this reality. Rystad says that 50 gigawatts of new wind and solar are planned to be commissioned in 2023.

It is estimated that existing wind and solar installations, which are up 13% over 2021, saved Europe $11.46 billion this spring and summer over fossil gas.

Rystad makes an interesting proposal. Divert money from fossil gas and invest it in solar farms instead. By 2028 your investment will have more than paid for itself, they conclude.

There are other issues driving the rush to renewables, of course. Carbon dioxide emissions are wrecking the planet and killed thousands in Europe this summer in heat waves. It is also getting increasingly difficult to get bank loans for new coal plants or gas fields. Banks like to have collateral, and in the old days would have taken the value of the coal plant or gas field as a surety. But now it is clear that these sources of power are quickly being mothballed, so the collateral is not worth much over the medium to long term. A solar farm, in contrast, will be there at least 30 years out.

Because companies already have sunk costs in the gas plants, they will go on producing very expensive electricity as long as the extra cost can be passed to the consumer. Rystad hints around that government policy is needed to address this crisis, using incentives to push solar and making it more remunerative to build solar farms.

Euronews observes that with regard to solar-generated electricity, “the Netherlands, Germany and Spain come out on top, with 23 per cent, 19 per cent and 17 per cent respectively during summer 2022.” Imagine how many billions of euros they would save on energy bills if those numbers were doubled, and were common in the rest of Europe.

Moreover, moving quickly to wind, solar, hydro and battery would deeply weaken the Russian Federation and deprive it of a key lever of power and source of income.