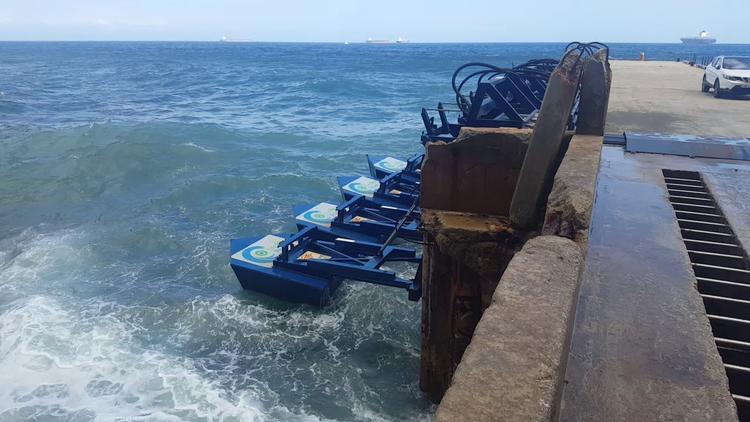 Ann Arbor (Informed Comment) – Turkish President Tayyip Erdogan has had a rocky relationship with Israel, which Turkey has long recognized and with which it does substantial trade. Erdogan’s acerbic comments about the Israeli Occupation of the Palestinian West Bank and Gaza have drawn equally sharp retorts from Israeli politicians. Still, about a month ago Erdogan began speaking of wanting better ties with Israel, and on November 17 he spoke by phone with incoming Israeli Prime Minister Binyamin Netanyahu for the first time in nine years.

Despite political tensions between Ankara and Tel Aviv, the two countries never broke diplomatic relations or ceased a vigorous bilateral trade, including in weaponry.

Metin Akpinar at Donanim Haber [Hardware News] reports that the two leaders’ desire for better relations has taken the unexpected form of a green energy partnership focusing on wave energy. The innovative Israeli company Eco Wave Power, founded by the amazing Inna Braverman, has signed an agreement to partner with Oren Ordu Energy, a local utility owned by the municipality of Ordu on the Black Sea. Ordu was known for its hazelnuts, but has recently seen rapid industrial growth.

The agreement stipulates that Oren Ordu Energy will turn over to Eco Wave Power five breakwaters, on which EWP will install its wave energy converters. Most wave technology, as Katie Brigham explains at MSNBC, works by placing installations on or below the ocean’s surface, and using the motion of the waves to turn turbines and make power. In-water installations, however, face a great deal of wear and tear, since waves batter them from all sides, and salt water is corrosive. Eco Wave Power’s technology focuses on capturing the energy of the waves as they land on breakwaters, which is somewhat more straightforward.

Akpinar quotes the CEO of Ordu’s power authority, Mustafa Kemal Macit, as saying “With the goal of building a self-sufficient grid in the region, Ordu sees EWP as an important asset to fully realize our 100% clean energy potential.” He added,

“The entire municipality of Ordu is excited to realize the full potential of the sea and to use the sea’s unlimited energy resource to power our electricity grid. This project demonstrates that Ordu Energy is committed to investing in innovative clean energy technologies (yenilikçi temiz enerji teknolojilerine).”

The project at Ordu will begin by trying to generate 4 megawatts, but will scale up to 77 megawatts, which would make it the largest wave energy power plant in the world. The project is estimated to cost $150 million.

Akpinar quotes Eco Wave Power CEO Braverman as saying, “This landmark agreement will allow us to deliver clean electricity from Turkish waves for the first time. With its ambitious sustainability goals and regional proximity to our headquarters, Turkey is an interesting place to further implement and develop our innovative wave energy technology.”

Eco Wave Power already runs grid-connected wave-powered plants at Jaffa and Gibraltar, and has plans for another in Los Angeles.

Inna Braverman, the visionary behind Eco Wave Power, was born in Ukraine. She came with her family to Israel at the age of 3. She founded the company at age 24.

Wave power is at the moment too expensive to be more than a demonstration project, at 60 cents per kilowatt hour to as much as a dollar. Its advantages, however, are that it is zero-carbon and continuous. Solar power does not work at night, and windmills don’t make power when the wind dies down. Waves constantly keep coming, in contrast. Places such as California have been filling in the gaps created by the intermittency of solar and wind by firing up fossil gas plants, which is both expensive and environmentally destructive.

Wave power will likely fall substantially in price if more research and development money is put into it. Some analysts believe it has the potential, Akpinar says, of generating 100 gigawatts by 2050, covering 10 percent of Europe’s electricity needs.

Global heating and a chaotic climate don’t care whether people are Turks or Israelis, and humanity must unite if we are to ameliorate the situation. If Eco Wave Power ends up playing a central role in these developments, Ms. Braverman and her team, and the forward-looking town of Ordu, will have helped save humanity from the climate crisis.