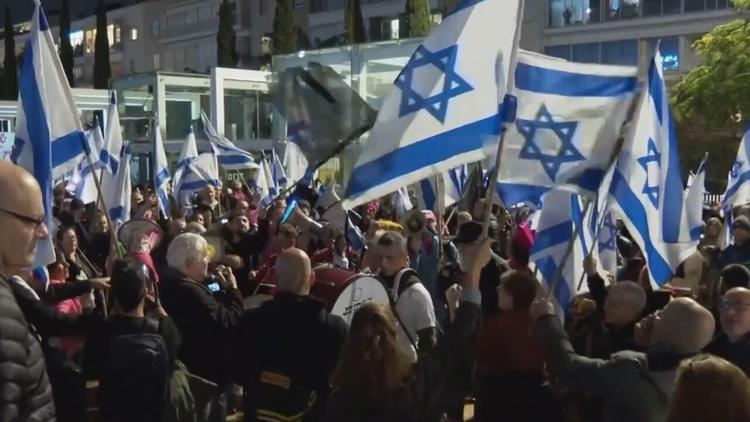 Oakland, Ca. (Special to Informed Comment) – The parallel trajectories of far-far right politicians accruing more power in the US and Israel is striking. Elements include similar motivations, policy actors, agenda and attempts to subvert democracy.  But the dynamics differ with the roles of the two nations’ judicial systems. Far-far right wingers in Israel feel as though the Israeli Supreme Court has been too favorable and lenient to liberals opposing the expansion of squatter-settlements on Palestinian land, and other draconian policies pushed by PM Benjamin Netanyahu (Bibi).

In the U.S. many Americans are disgusted with the recent decisions, and behavior, of a majority of Supreme Court justices. Democrats are exploring legislative solutions to a.) Create new legislative protections for voting rights and civil rights issues, and b.) Dilute the power of SCOTUS to undermine and dispense with Constitutional principles and guardrails to protect Trump and his far-far right wing agenda. , Rather than allow Congress to claim more power, the proposal is to expand the SCOTUS and, end the filibuster and Electoral College. Both were designed to appease Southern slave owners, by giving their states greater legislative and voting power than “free” states.

Now, Bibi and his allies have a move afoot to undermine the independence of Israel’s judicial system, and make his criminal convictions for fraud and corruption disappear. Their design is to give the Knesset (Parliament) greater control over the courts, with the power to overturn any legal decision by a simple parliamentary majority. Bibi has forsaken alliances with centrists to form a government, because they’ve abandoned him over many behaviorial and policy issues. So he’s reached out to the dregs of the far-far right to form a new government. Kevin McCarthy had to make Faustian bargains with multiple far-far right Congressmen, to the point where his leadership status is fragile, if at all functional. Both men are craven, ego-driven politicians driven by self-service rather than public service.

By extension the health and trajectories of the social contracts in the US and Israel have also seen concurrent downturns, abetted by how Bibi and Donald Trump have fueled one another’s imperial madness. The fracturing of the social contract in both democracies has been aided by parallel right-wing dynamics to dilute democratic protections approach. John Locke probably didn’t foresee democratic republics regressing back to authoritarianism.

The American social contract was first weakened by the pure legislative obstructionism led by Newt Gingrich, in opposition to Bill Clinton’s presidential and legislative agenda. The pandemic exposed the fragility of the social contract in the US, and how most Republican officials used it as an excuse to NOT take care of business. A visceral example is its greater negative impact of people and communities of color, framed by a racist president who exacerbated the pandemic with his quixotic “leadership.” A foundation of the social contract is a functional, civil government that protects people’s rights and property and honors the Law of Nature.

The aims of Trump, Bibi and their ilk is to replace the social contract with the Divine Right of Kings. John Locke’s social contract theory was the model for liberal and democratic governments in Europe and the U.S, and arose in opposition to the presumption of divine authority. January 6 was Trump’s violent attempt to destroy the American social contract; he failed but isn’t done. Bibi is trying to  “ . . . change the character of the State of Israel,” from a secular democracy into a hyper-religious fundamentalist Zionist state, intent on abridging the rights of women and the LGBTQ community,” says Eliad Shraga, chair of the Movement for Quality Government in Israel. He called on President Isaac Herzog to declare Netanyahu as unfit to serve as prime minister. Opposition MP’s are trying to craft their own “25th Amendment” to remove Bibi, as the US tried with Trump.

The speed with which Bibi has realized his agenda has galvanized much of the nation, resulting in a demo of 80,000 strong in Tel Avis – in the rain, on a Saturday night to protest his attempts to corrupt and cripple the civil and criminal justice systems in Israel. Attendees included former opposition leader Tzipi Livni, former Prime Minister Ehud Barak, National Unity party leader and former defense minister Benny Gantz, and Ra’am party leader Mansour Abbas. Opposition leader Yair Lapid opted out because he and Gantz were not allowed to speak.

One of the most succinct comments came from Former Supreme Court justice Ayala Procaccia who said, “Something has been deeply broken in our social pact, in the basic framework of rules agreed upon throughout the country’s history.” So Thomas Hobbes and Algernon Sidney, theorists of the social contract, are rolling over in their graves again. Their new slogan is, ““No democracy without the High Court.” Police had to stop protesters from occupying a freeway. The crowd represented a full spectrum of Israeli society from secular to visibly religions, and across the age spectrum as well. Another slogan chanted was, ““My country has three branches of government, three!” Bibi and his acolytes are trying to make it 2.5, with a drastically weakened judiciary beholden to the politics of sensationalism and fear.

Meanwhile, Bibi is claiming a Trumpian “mandate” to do as he pleases; nothing complex; just a primitive declaration of power. He is essentially saying, “Remain calm, let us carry on and don’t interfere.” One of the most profound objections is to Bibi’s intent to allow a Knesset majority to appoint judges at the whim of current office holders, in this case Bibi himself. His overriding goal? To escape the corruption and fraud charges for which he has been on trial. He’s trying to accomplish what Trump was prevented from doing by the guardrails of American democracy.

Bibi and his allies are trying to remove those guardrails in Israel. If he gets his way a consequence would be acceleration of illicit squatter-settlements in Occupied Palestine and ultimately the illegal annexation of those territories. They’ve become so empowered, they don’t try to be coy about it anymore. Another economic consequences would further weaken Israel’s economy by granting more privileges and tax breaks the ultra-Orthodox or Haredim, including continued exemption from military service for Yeshiva students and more and higher government stipends for full-time religious scholars. They are giving more financial aid for Yeshivas and Haredim schools, which already barely teach math, science, English and secular life skills. A similar debate is occurring in some Haredim communities of New York State. The long-term problem is that the ultra-Orthodox, as the fastest growing demographic in Israel, will generate more takers and fewer earners to support the state.

Bibi has abandoned decades US treaty agreements including Camp David and Oslo, UN Resolutions and thoughtful Israeli policies. Though peace talks have been frozen for years, the new government’s proposed steps would be the death knell for Israeli democracy and Palestinian human rights. Considering the flagrant manner in which Bibi has broken many sacrosanct U.S.-Israeli treaties and agreements, you wish the Biden Administration would get serious about formally sanctioning Israel for these violations by withholding aid, and calling them out at the U.N.

Yeah, that’ll be the day.