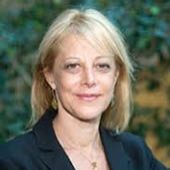 Karen J. Greenberg is a noted expert on national security, terrorism, and civil liberties. She is Director of the Center on National Security and is the author of The Least Worst Place: Guantanamo’s First 100 Days (Oxford University Press, 2009), which was selected as one of the best books of 2009 by The Washington Post and Slate.com. Her 2016 book, Rogue Justice: The Making of the Security State (Crown), explores the War on Terror's impact on justice and law in America. Follow her on Twitter at @KarenGreenberg3

( Tomdispatch.com ) – If you watched TV in the 1960s and 1970s as I did, you would undoubtedly have come away with the idea that this country’s courts, law enforcement agencies, and the laws they aimed to honor added up to a system in which justice was always served. In those years, for instance, […]

( Tomdispatch.com ) – In recent days, experts have begun laying out the potential hardships the Russian invasion of Ukraine might inflict here in the United States, thousands and thousands of miles from the battle zone. As former White House national security official Richard Clarke bluntly put it, “Russia will bring the war to our […]

( Tomdispatch.com ) – It’s now more than 20 years later and that American offshore symbol of mistreatment and injustice, the prison at Guantánamo Bay, Cuba, is still open. In fact, as 2021 ended, New York Times reporter Carol Rosenberg, who has covered that notorious prison complex since its first day, reported on the Pentagon’s […]

( Tomdispatch.com) – As August ended, American troops completed their withdrawal from Afghanistan almost 20 years after they first arrived. On the formal date of withdrawal, however, President Biden insisted that “over-the-horizon capabilities” (airpower and Special Operations forces, for example) would remain available for use anytime. “[W]e can strike terrorists and targets without American boots […]

( Tomdispatch.com) – The anniversary of the 9/11 attacks was marked by days of remembrances — for the courageous rescue workers of that moment, for the thousands murdered as the Twin Towers collapsed, for those who died in the Pentagon, or in Shanksville, Pennsylvania, fighting off the hijackers of the commercial jet they were in, […]

( Tomdispatch.com) – It ended in chaos and disaster. Kabul has fallen and Joe Biden is being blamed (by congressional Republicans in particular) for America’s now almost-20-year disaster in Afghanistan. But is the war on terror itself over? Apparently not. It seems like centuries ago, but do you remember when, in May 2003, President George […]

( Tomdispatch.com) – America has an accountability problem. In fact, if the Covid-19 disaster, the January 6th Capitol attack, and the Trump years are any indication, the American lexicon has essentially dispensed with the term “accountability.” This should come as no surprise. After all, there’s nothing particularly new about this. In the Bush years, those […]

( Tomdispatch.com) – The Guantánamo conundrum never seems to end. Twelve years ago, I had other expectations. I envisioned a writing project that I had no doubt would be part of my future: an account of Guantánamo’s last 100 days. I expected to narrate in reverse, the episodes in a book I had just published, […]

( Tomidispatch.com ) – In the first two months of Joe Biden’s presidency, you could feel the country holding its breath. Sheltered in place, hidden behind masks, unsure about whether to trust in a safe-from-pandemic future, we are nonetheless beginning to open our eyes collectively. As part of this reemergence, a wider array of issues […]