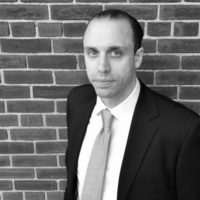 (Tomdispatch.com) – On February 4, 2002, a Predator drone circled over Afghanistan’s Paktia province, near the city of Khost. Below was al-Qaeda’s founder Osama bin Laden — or at least someone in the CIA thought so — and he was marked for death. As Secretary of Defense Donald Rumsfeld put it later, both awkwardly and […]

( Tomdispatch.com) – They called it Castle Black, an obvious homage to the famed frozen citadel from the HBO series Game of Thrones. In the fantasy world of GoT, it’s the stronghold of the Night’s Watch, the French Foreign Legion-esque guardians of the northern border of the Seven Kingdoms. This Castle Black, however, was all […]

( Tomdispatch.com) – Do you remember July 8, 2011? Where you were? What you did? Whom you talked to? Anything at all? I couldn’t pin down one single thing for that day. I couldn’t even locate an email I had sent or a photo I might have taken. It’s all evidently lost in the ether, […]

( Tomdispatch.com ) – TRIPOLI, Libya — Sometimes war sounds like the harsh crack of gunfire and sometimes like the whisper of the wind. This early morning — in al-Yarmouk on the southern edge of Libya’s capital, Tripoli — it was a mix of both. All around, shops were shuttered and homes emptied, except for […]

( Tomdispatch.com) – The U.S. military is finally withdrawing (or not) from its base at al-Tanf. You know, the place that the Syrian government long claimed was a training ground for Islamic State (ISIS) fighters; the land corridor just inside Syria, near both the Iraqi and Jordanian borders, that Russia has called a terrorist hotbed […]

New York (Tomdispatch.com) – 4,000,000,029,057. Remember that number. It’s going to come up again later. But let’s begin with another number entirely: 145,000 — as in, 145,000 uniformed soldiers striding down Washington’s Pennsylvania Avenue. That’s the number of troops who marched down that very street in May 1865 after the United States defeated the Confederate […]