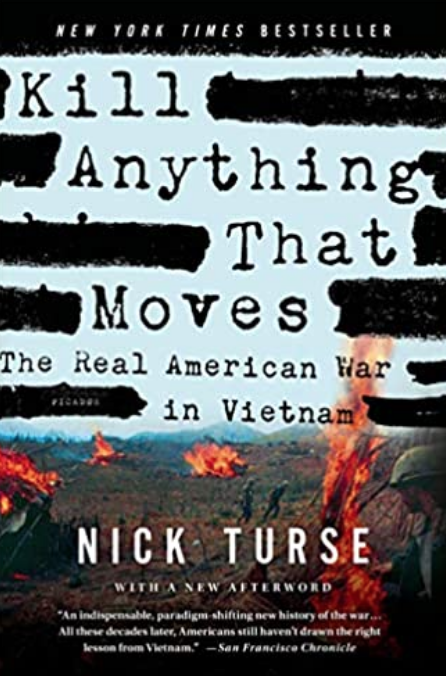 ( Tomdispatch.com ) – You’ve seen the grisly footage. You’ve read the harrowing reports. The evidence is everywhere and it’s as chilling as it is irrefutable. There was the young boy who was beaten and shot in cold blood; the man used for target practice; the old man thrown off a cliff; and the group of 19 women and children rounded up and gunned down, their bodies left lying in the open in their village.

This week, the House of Representatives voted overwhelmingly to call for an

But the House is never going to gather information on that young boy, that old man, or those 19 civilians torn apart by gunfire, because those crimes were committed in late 1967 and early 1968 by American soldiers in South Vietnam. The evidence in those cases was collected by military criminal investigators decades ago. It supported murder charges in five incidents against nine suspects, but no one was ever court-martialed, much less convicted.

In recent weeks, Americans have been rightly outraged by horrendous crimes by Russian troops against Ukrainian civilians — massacre, murder, and rape, among them. For the last two decades, however, many have barely blinked as reports of massacre, murder, and rape by Americans emerged from the battlefields of our country’s Global War on Terror. While the coverage of those blood-soaked conflicts was never of the wall-to-wall variety we see today, plenty of evidence was still available for anyone who cared to look. For years, to take one example, TomDispatch kept track of a particularly grim niche toll — the obliteration of wedding parties by U.S. air strikes.

If Russia were discovered to have slaughtered Ukrainian brides, grooms, officiants, musicians, and family members in eight separate incidents, network news and cable outlets might suspend all other coverage for the next month. But when American air power repeatedly wiped out wedding parties in Afghanistan and at least one each in Iraq and Yemen, there was barely a murmur, even if the New York Post did offer front-page coverage of the last of those under the horrendous headline: “Bride and Boom!”

In that context, revisit a piece Tom Engelhardt wrote in 2013 and take a little walk down TomDispatch’s version of memory lane, past the Afghan corpses that the House of Representatives was all too happy to ignore and to which the cable-news networks gave short shrift for years. The evidence of America’s many crimes — from that dead Vietnamese boy to a dead Iraqi wedding singer — is still out there. It’s been available to anyone who cares to look for it. But for that gruesome record to truly mean anything, someone first has to care. Nick Turse