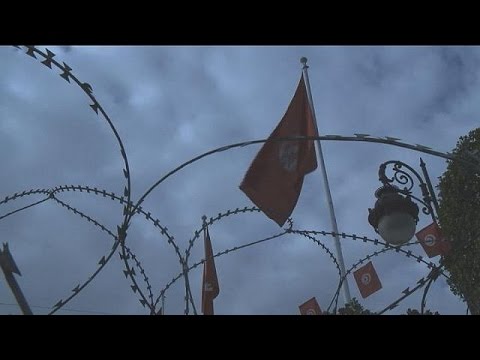 London (Informed Comment) – When many Westerners think of the Middle East today they tend to see a region gripped by religious and sectarian violence. What all the many conflicts have in common is the participation of inflexible and fanatical groups of fighters dogmatically opposed to the further modernization and Westernization of their home countries. If they seize power, it is feared that they will impose a backwards-looking theocratic form of governance across the spaces that they dominate, and will trample on the human rights of vulnerable groups. The panacea for this in the eyes of many Western citizens is to temper religious fervour by separating it from politics and implementing a secular and liberal democratic system of government. However, no Middle Eastern state has yet to obtain such a system by its own efforts, while Western attempts to enact nation-building have so far ended in failure. Consequently, Western policymakers have tended to back authoritarian governments as a bulwark against fundamentalist rule.

The chronic weakness of state authority in the Middle East, coupled with the flourishing of extremist movements, once helped to maintain this ‘strongman’ model of governance. Yet, this strategy is now regarded at best as a stop-gap measure rather than a long-term solution to the region’s myriad problems. The default Western response to this double-sided problem has been to propose the transfer of functions performed by some religious organizations (for example healthcare) over to a stronger state. Under this scenario, religious groups would cease to perform political functions and the state would guarantee their freedom to practice their beliefs without interference.

But what if the West’s secular state model is a merely a product of its own historically violent struggles with modernity in the 17th century? Up until this point in time, the very idea that religious authority should have no place in the political system of a European state would have been controversial to say the least – just as it is in parts of the modern day Middle East. But the creation of democratic systems in Indonesia and Turkey help to disprove the notion that Muslim or Middle Eastern cultures are incapable of living under democratic systems. But the ‘secularist’ price for Islamist participation in the political process was the promise not to pursue a theocratic or one-party model of government once in power.

While the Middle East’s secularists cannot keep the influence of Islamist organizations out of political life, Islamists are seemingly unable to monopolize power without resorting to the same type of oppression that discredited their republican or monarchical enemies. Democratic elections therefore offer a third path between two oppressive political systems. However, developing organic and sustainable democratic processes undoubtedly takes time; the collapse of Libya and Iraq as functioning states shows that removing a dictator does not immediately create the conditions for political transformation. If anything, the ongoing travails within these countries helps to reinforce that the Middle East has been through a whirlwind of political ferment since decolonization began a mere five or six decades ago.

The emergence of democratic states in other parts of the Islamic world suggests that they can also emerge in Arab and Middle Eastern states. It is also highly likely that any indigenous political group that attains significant popularity under these systems will be influenced by Islam. This is in much the same way as many Western political parties are influenced by Christian frameworks and assumptions, such as Germany’s Christian Democratic Union. Just as Western politicians have to be in favor of ideals such as “freedom” or “democracy“, leaders in Muslim-majority countries also have to appeal to the core values of their societies. Invoking Islam is both a legitimizing measure and a short-cut to the communication of ideas.

Most Islamist movements also offer programs of action that do not necessarily threaten the West. For example, the Muslim Brotherhood’s determination to secure power via democratic processes diverges with the aims of groups like IS or Al-Qaida’s Syrian franchise Jabhat al-Nusra. The West’s tolerance of the removal of elected Islamist political movements by force should be regarded as a strategic blunder that has helped to encourage jihadist narratives of victimization. The recent killing of al-Shabaab leader Ahmed Abdi Godane is a case in point. While this Somali militant group’s profile has undoubtedly increased over the past few years, its rise to prominence was facilitated by the overthrow of its more locally-focused predecessor in a US-backed Ethiopian invasion of Somalia. By being seen to take sides in inter-Muslim disputes and colluding against fundamentalists with their local enemies, the West has indirectly encouraged more extreme forms of Islamism.

Democratic Islamism Will Lead to Accountability

It would have been wiser to leave these movements alone to discredit themselves locally, much like the Iranian or Sudanese regimes have over the years. Tehran and Khartoum are no worse than the Soviet Union, Maoist China or today’s Gulf monarchies and the West managed to co-exist (or even aligned) with all these governments for decades. Indeed, China’s example shows that the need to tackle mounting social problems slowly brings out the pragmatism in the most extreme of movements. An Islamic movement in power inevitably leans to pragmatism or falls from government. The mildly Islamist Justice and Development Party (AKP) has dominated Turkey’s domestic politics since 2002 mainly because it delivered on solid economic growth. This gave it the legitimacy to defang Turkey’s coup-prone army, a feat that no previous elected government had managed to achieve.

Indeed, elections offer a fresh source of legitimacy for groups that have become popular through religious advocacy or offering social services. They provide a future goal around which supporters can be mobilized. Revolutionary parties which have relied on battlefield victories for their legitimacy have to adapt or lose ground when elections start to become more important. Once Islamic parties have to focus on practical problems such as healthcare and economic growth, they either lose much of their crusading zeal or risk their political credibility and relevance.

The key to creating a fairer Middle Eastern state is to tolerate religion governing through the state. By exposing the shortcomings of this model, democracy might consolidate its status faster in the Middle East as its political elites lose another vehicle for mobilizing public support. Electorally successful Islamic parties will moderate and their methodologies will be copied elsewhere. If the West neither helps nor hinders the process of change, it cannot be held responsible for the outcome. This strategy is not a quick fix for the problems of the Middle East today, but it might be among the most enduring.