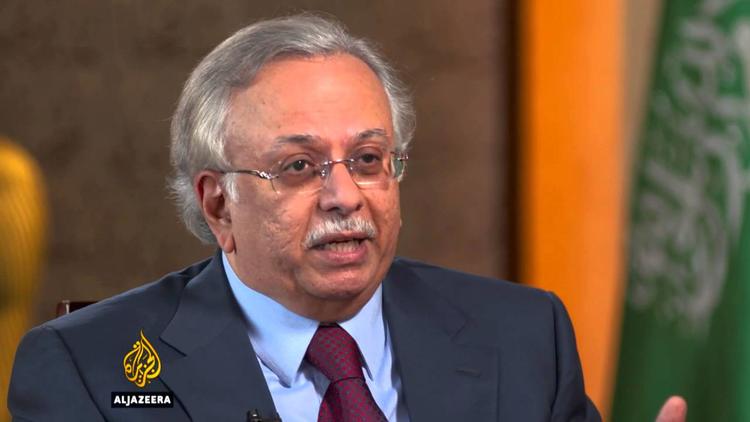 UNITED NATIONS (IPS) – As hundreds of civilians continue to be killed in the ongoing conflict in Yemen, one of the leading human rights organization is calling for an arms embargo – specifically against Saudi Arabia which is leading a coalition of eight countries battling Houthi rebels in the war-ravaged neighbouring country.

“The United States, United Kingdom, France and others should suspend all weapon sales to Saudi Arabia until it not only curtails its unlawful airstrikes in Yemen but also credibly investigates alleged violations”, said Human Rights Watch (HRW).

But chances of an embargo are remote considering the massive multi-billion dollar arms markets nurtured by the three Western powers who, coincidentally, are three of the five veto-wielding permanent members of the UN Security Council (the other two being China and Russia).

Asked for a response, Pieter Wezeman, Senior Researcher, Arms and Military Expenditure Programme, at the Stockholm International Peace Research Institute (SIPRI) told IPS the final direct results of such calls in terms of actual restrictions have been minimal, though they serve as a clear symbolic element of the campaigns aimed at ending what is considered the irresponsible or even criminal use of arms by Saudi Arabia in Yemen.

“The only case of significant restrictions involves the Netherlands announcing in January that it will only issue permits for arms exports to Saudi Arabia if it is certain the arms in question cannot be used in Yemen,” he pointed out.

“For the past year, governments that arm Saudi Arabia have rejected or downplayed compelling evidence that the coalition’s airstrikes have killed hundreds of civilians in Yemen,” said Philippe Bolopion, Deputy Global Advocacy Director at Human Rights Watch.

“By continuing to sell weapons to a known violator that has done little to curtail its abuses, the US, UK, and France risk being complicit in unlawful civilian deaths,” he added.

Asked whether a Western arms embargo would be realistic, Bolopion told IPS: “Lucrative arms deals should not blind the US government to the appalling abuses committed over the last year by the Saudi-led coalition in Yemen.”

He said looking the other way and continuing to provide arms to Saudi Arabia would expose the US to a risk of complicity in these crimes.

“You can’t put a price tag on that,” he added

The Houthi rebels, on the other hand, are also accused of indiscriminate attacks resulting in civilian killings.

In a statement released here, HRW said non-governmental organizations and the United Nations have investigated and reported on numerous unlawful coalition airstrikes since the beginning of the conflict in March 2015.

Human Rights Watch, Crisis Action, Amnesty International, and other international and Yemeni groups have issued a joint statement calling for the cessation of sales and transfers of all weapons and military-related equipment to parties to the conflict in Yemen where “there is a substantial risk of these arms being used… to commit or facilitate serious violations of international humanitarian law or international human rights law.”

Human Rights Watch has documented 36 unlawful airstrikes – some of which may amount to war crimes – that have killed at least 550 civilians, as well as 15 attacks involving internationally banned cluster munitions.

The UN Panel of Experts on Yemen, established under UN Security Council Resolution 2140 (2013), in a report made public on January 26, 2016, “documented 119 coalition sorties relating to violations” of the laws of war, according to HRW.

Saudi Arabia has not responded to letters from HRW detailing apparent violations by the coalition and seeking clarification on the intended target of attack.

On the contrary, Saudi Arabia has successfully lobbied the UN Human Rights Council in Geneva to prevent it from creating an independent, international investigative mechanism.

Wezeman told IPS considering both the size of the arms sales to Saudi Arabia and several of its allies and the military campaign against the Houthi rebels the lack of enthusiasm amongst governments to restrict arms sales is not surprising.

He pointed out that Saudi Arabia was the world’s second largest arms importer in the past five years.

Despite the steep fall in oil prices and drop in Saudi government revenues, signs are that the country will continue to order more expensive military equipment.

For the UK, Saudi Arabia has been the most important arms export market for many years.

France has for years tried hard to increase its arms sales to the country and has found in 2015 new major markets in Egypt and Qatar, countries that are involved in the military intervention in Yemen, he said.

In addition, said Wezeman, there is a fear that significant arms sales restrictions will damage other trade relations with these countries, which are worth more than the arms deals.

In the case of the US, he said, the economic aspects of arms sales to Saudi Arabia are significant too even if they are less essential to the US arms industry as compared to what’s the case in Europe.

The US has in the past shown to be prepared to impose export restriction even if it involved significant loss of revenues, though losing the Saudi market would probably be too big a economic loss in any case.

However, possibly more important, the US considers the Saudi actions as an important part of efforts to establish security in the region and therefore supports the military intervention as part of overall US foreign and security policy.

“A lot has to happen before the US suspends its arms supplies to Saudi Arabia,” Wezeman added.

Jamie McGoldrick, the UN Resident and Humanitarian Coordinator in Yemen, told reporters in Geneva early this week that 2015 has been a terrible one for Yemen, with airstrikes, shelling and localized violence.

One in ten Yemenis is displaced — 2.5 million people. More than 6,400 people have been killed and more than 30,000 injured, with half of those killed and injured being civilians.

At the same time, he said, human rights violations have soared.

Meanwhile, the Special Envoy of the Secretary-General for Yemen, Ismail Ould Cheikh Ahmed, said Wednesday he had just completed an extensive round of consultations with Yemeni leaders and regional partners.

After active consultations with the President Hadi and Yemeni officials in Riyadh and the delegations of Ansar Allah and the General People’s Congress in Sana’a, the parties to the conflict have agreed to a nation-wide cessation of hostilities beginning at midnight on 10 April, he said.

This is in advance of the upcoming round of peace talks, which will take place on 18 April in Kuwait, to be hosted by the Prince of Kuwait Sabah Al-Ahmad Al-Jaber Al-Sabah.

Aljazeera English: “What is Saudi Arabia’s endgame in Yemen and Syria? – UpFront”