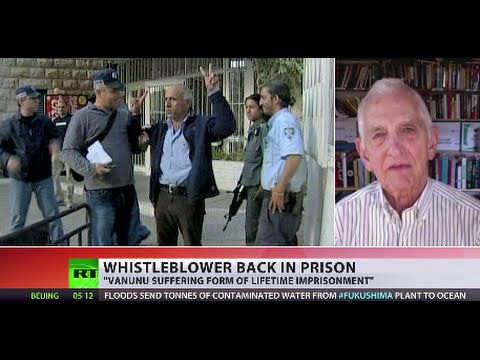 The criminalization of truth when it comes to Israel’s nuclear capabilities means that its arsenal has been converted into a gigantic elephant in the room.

The online version of a recent Economist magazine article comes equipped with the tantalizing headline “Israel’s atomic angst: A textile factory with a difference.” The summary reads: “One of the world’s oldest nuclear plants helped build the Jewish state’s secret nuclear arsenal.”

The textile reference is to a spontaneous alibi deployed in 1960 by an Israeli official accompanying then-U.S. Ambassador to Israel Ogden Reid on a flyover of the Negev Desert. An intensive construction operation near the town of Dimona, site of the now-aging nuclear plant, caught the inquisitive ambassador’s eye — and “textile factory” was apparently the first thing that came to the official’s mind.

The magazine offers a photograph of the Dimona reactor and cupola, complete with the caption: “Tough times in the garment trade.”

And you thought The Economist couldn’t do sarcasm.

The article notes that at a conference in April, representatives of the Israel Atomic Energy Commission reported “1,537 small defects and cracks” in the reactor’s aluminum core. While the typical lifespan of such reactors is said to be 40 years, Dimona has kept on ticking for 53.

Despite having ostensibly done its time on earth, however, there doesn’t seem to be a funeral in sight for Dimona. The Israeli newspaper Haaretz explains that, “for political, scientific and economic reasons, Israel has no capability or desire to replace the core, an operation that would mean building a new reactor.”

As for related items that might also be conceived of in terms of ticking, The Economist cites the common estimate that Israel possesses between 80 and 200 nuclear warheads. Of course, self-imposed immunity from the nuclear non-proliferation treaty has not prevented the Jewish state from throwing a permanent hissy fit over Iran’s alleged nuclear ambitions.

Meanwhile, the essential criminalization of truth when it comes to discussing Israel’s own nuclear capabilities means that its arsenal has been converted into a gigantic elephant in the room—and a very dangerous one at that.

For what happens to insiders who dare draw attention to the beast, one need look no further than the case of former Israeli nuclear technician Mordechai Vanunu, kidnapped by the Mossad in 1986 and imprisoned for 18 years, 11 of them in solitary confinement.

Blocked from leaving the country (and recently hit with new charges), Vanunu is still seen by the state as a “security threat”—a far greater threat, no doubt, than stockpiles of weapons capable of eliminating vast swathes of humanity, or nuclear reactor cores containing 1,537 flaws.

The United States, for its part, never really bought into the whole “textile” factory scenario, and the American intelligence community suspected almost from the start what the Israelis were up to. But aside from some pressure from John F. Kennedy — who, as Avner Cohen and William Burr detail at the National Security Archive, pushed for international inspections of Israeli nuclear facilities — the U.S. has pretty much been wholeheartedly strung along by ambiguous Israeli explanations of its supposedly peaceful activities at Dimona.

“The trio,” Raviv and Melman write, “agreed that no more inspections of Dimona would be required …  Moreover, the new White House team had apparently concluded that an unquestionably strong Israel would be good for American interests: pushing the Arab countries to negotiate peace by dispelling their dreams that they could, with Soviet assistance, wipe out the Jewish state.”

The special relationship has proved enduring, with American weapons lending a hand as Israel regularly wipes out portions of area Arab populations. American companies were also among the entities that previously supplied Israel with key materials for nuclear weapons. Never mind that nukes are a pretty good way to increase one’s own chances of self-destruction.

Meanwhile, should The Economist be seeking to augment its arsenal of sarcasm, “Spies Against Armageddon” provides plenty of robust material. Consider the section on how, while shopping for their nuclear program in the 1960s, the Israelis relied on none other than former Nazis in West Germany.

One character, a Luftwaffe officer-turned-businessman who Raviv and Melman note was “still convalescing from his wartime injuries,” paid a personal visit to Israel to make the acquaintance of Israeli defense officials: “The Israelis referred to him as ‘the Nazi pilot,’ and they went out drinking together in Tel Aviv.”

Shipments destined for Dimona were also procured from Degussa, a German company that “had profiteered during the war from gold teeth and other metal items stolen from murdered Jews.”

Half a century later, as the old reactor plugs away into eternity, one can think of at least 1,537 reasons it shouldn’t exist in the first place.

Belén Fernández is the author of “The Imperial Messenger: Thomas Friedman at Work,” published by Verso. She is a contributing editor at Jacobin magazine.

RT: “‘Israel may have one of biggest nuclear stockpiles in the world’ – whistleblower Daniel Ellsberg”