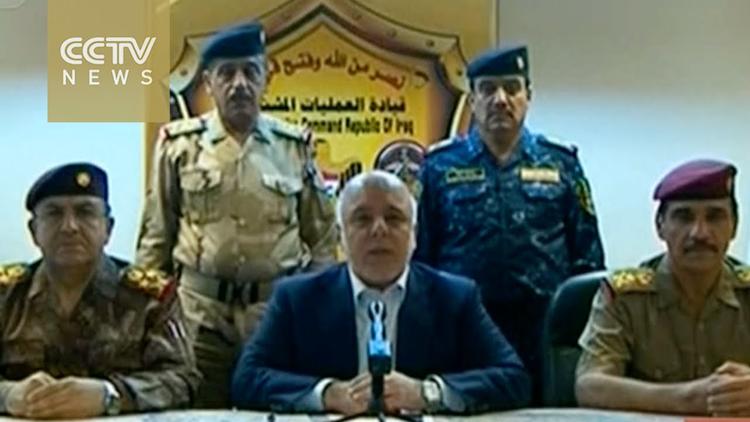 “Newsletters sent to Islamic State fighters in Anbar indicate the group’s problems with bad drivers and corruption. It also shows a decentralized command structure that ensures the group’s ongoing survival.”

A cache of internal correspondence and newsletters, sent by senior members of the extremist group known as the Islamic State to fighters in the Anbar province, in central Iraq, have been sighted by NIQASH. The papers were found by one of the pro-Iraqi government fighting units in Anbar, after the Islamic State group was driven out of the area.

It is well known that extremist group tries to behave like a state and some of the documents deal with more mundane organisational matters. But there are also some interesting pieces of information about lesser-known aspects of the Islamic State’s work in the letters.

For example, not many outsiders are aware that reckless driving appears to have been a problem for the extremists. One of the letters contained a directive telling the group’s “brothers” that they should drive more carefully when in charge of vehicles belonging to the group, and that they should treat those vehicles as though they were their own private property.

Those members who did not do this and who caused road accidents would be punished, the letter said.

Another directive in another newsletter instructed members not to write on the outsides of envelopes that were used to take messages from different areas under the Islamic State, or IS, group’s control. This information is supposed to be private, and in some cases, kept secret and the directive indicated that the leaks of some information had caused problems.

When mentioning individuals by name, the letters only use nicknames, never the real names of the individual, showing, once again, a high degree of forethought. Additionally members were told to conceal the addresses on the envelopes. This too had caused problems as it meant that anyone who saw the envelope knew where the IS group had bases.

The IS group appears to have developed a complex administrative system – and the letters indicate that not everything was going right with that system. Despite IS fighters’ professions of religious purity, there was administrative and financial corruption, as the directives in some of the other letters indicate.

“We will not forgive those who do not deal with us honestly, not on earth and not in heaven,” one of the letters says, referring to the movement of money between the different areas under the IS group’s control and its central treasury. “This is a betrayal of the state. It is cheating the state.”

The letter did not mention any specific currency which some readers have taken to mean indicates that this was a general order and that there is financial corruption throughout the group.

The IS group relies on a complex system of rules which are very decentralized, explains Hisham al-Hashimi, a local researcher into armed militias in Iraq who also advises the Iraqi government.

“This group of letters indicates that there is a standard chain of command that each key institution within the IS group uses,” al-Hashimi suggests. “Newsletters like this should be considered to have been issued and distributed locally. Each offshoot of the IS group has a lot of autonomy. The different centres of command have a lot of autonomy, even in military matters. This is one reason why the extremist group is still present in so many areas.”

To see six of the letters sighted by NIQASH, please click here (in Arabic).