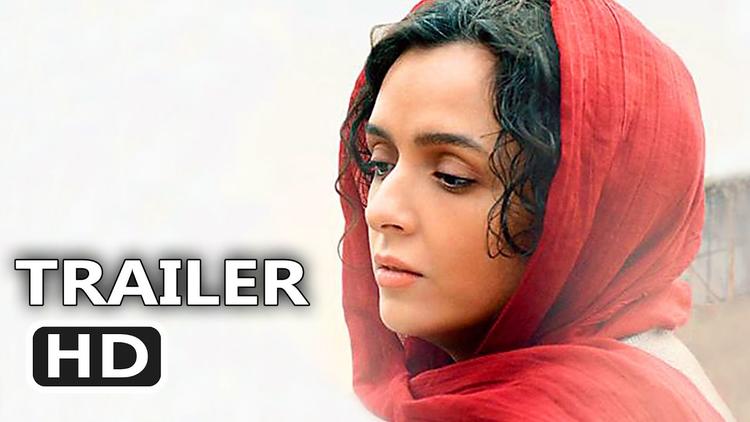 Politics loom over this year’s Oscars, with many bracing for what the winners will – or won’t – say when they ascend the stage before millions of television viewers on Feb. 26.

One nominee, however, has already made a statement.

“To humiliate one nation with the pretext of guarding the security of another is not a new phenomenon in history and has always laid the groundwork for the creation of future divide and enmity,” he wrote. “I hereby express my condemnation of the unjust conditions forced upon some of my compatriots and the citizens of the other six countries trying to legally enter the United States of America and hope that the current situation will not give rise to further divide between nations.”

Given the attention Farhadi has received for his act of protest, it’s worth looking at how Iranian film has evolved under a regime that seeks to quell criticism – and how filmmakers like him navigate these restrictions to produce powerful, politically potent art.

Before the 1979 Islamic Revolution, an independent film sector existed alongside government-financed film production. Revolutionaries, however, viewed the film industry as a symbol of cultural corruption, and during the revolution set fire to hundreds of movie theaters.

Beginning in 1982, Iranian cinema began to regroup. The government wanted to construct a national film culture that would express the ethics of Islam and the unique history of the Iranian state. But this goal often clashed with filmmakers who had strong ties to Iran’s literary culture and wanted to be able to portray modern Iran in critical terms. As a result, Iran’s movie culture is bipolar, with apolitical, domestic melodramas outnumbering art films that critique everyday life.

Today, Iranian cinema reveals some of the contradictions of life under a theocracy. Yes, filmmakers must adhere to strict guidelines: The Ministry of Culture forbids unflattering portrayals of Islam, women, the nation and its history. But these rules are vague, and censorship of Iranian films is inconsistent, often based on the tastes of individual officials.

Nonetheless, the art cinema of filmmakers like the late Abbas Kiarostami, Jafar Panahi and Mohsen Amiryoussefi has received worldwide acclaim. Since the mid 2000s, Iranian films have won awards at prestigious festivals such as Cannes, Venice and San Sebastian.

The extraordinary overseas success of Iranian films has further complicated the censorship picture. It was the Iranian government, for instance, that approved the script of “The Salesman,” and determined that the film would be the country’s official entry in the Best Foreign Language Film category.

Perhaps authorities give films like “The Salesman” a pass because their depiction of Iran’s social realities is subtle, not strident. Literal-minded officials are often unable to find obvious examples of blasphemy or criticism of the political regime.

In “The Salesman,” for instance, a couple, Ranaa and Emad, are performers who are rehearsing for a production of Arthur Miller’s “Death of a Salesman.”

Their own home, however, is collapsing, the result of faulty construction. They’re forced to rent an apartment, which, they soon discover, had previously been occupied by a prostitute. Her clients continue to show up, creating a whole host of new problems for Ranaa and Emad.

In its elliptical treatment of Iran’s civil society as a “crumbling building” – and its depiction of the conflicting social and religious roles Iranian women must grapple with – the film subtly manages to be critical of modern life in Iran. In “The Salesman,” Islam is not the problem; rather, the film insists that repressive institutions – cultural, economic or religious – are what narrow the possibilities for humane communication and equality. These, Farhadi seems to argue, are the true dangers to any society.

Meanwhile, female filmmakers like Samira Makhmalbaf – joined by other female actors, writers and directors – bring a muted feminism to an industry that exists at the sufferance of a patriarchal government.

What scholar Hamid Naficy calls a “cinema of the averted gaze” has emerged. Both male and female filmmakers obliquely confront the terms of female subservience – as well as the hidden sources of female cultural power – in a patriarchal society.

Even though the criticism of the theocracy is often so gentle that it’s hardly noticeable, that hasn’t stopped the government from banning some Iranian films for domestic audiences. “Circle” (2000) was banned for its depiction of runaway girls, a social problem that’s at least partially the result of religious laws. Official regulators of culture in Iran have long seen themselves as fighting modernity and globalism, which they stereotypically connect with a hostile, decadent West – just the kind of xenophobia that, unfortunately, Trump’s blanket indictment of Islam echoes.

Nonetheless, Iran’s leaders haven’t been able to fully halt the forces of globalism they despise, and art films have been able to examine the ways in which international capital and conflict impact Iranian lives. “Surviving Paradise” (2001), the story of two young Iranian refugees lost in the streets of Los Angeles, was the first English-language Iranian-American film to be distributed in America. Several festivals of Iranian cinema also continue to take place each year around the world, part of a pattern of cultural exchange that predates the 1979 revolution.

Iranian cinema has also undercut the monolithic narrative that the theocratic state seeks to communicate.

For example, an Iranian war film like “Duel” (2004) doesn’t simply broadcast patriotic messages. Instead, it makes a powerful statement about the trauma of the Iran-Iraq War, using the memory of the conflict as a lens through which to understand modern Iran. Marjane Satrapi’s animated film of her own graphic novel “Persepolis” (2007) is perhaps the most outspoken and direct cinematic revision of the government’s version of the 1979 Revolution. (This film, however, was made in France.)

Looking ahead to the Oscars

Farhadi’s personal boycott is significant because it shows that rash and punitive U.S. immigration policies can be counterproductive, limiting some of the most liberal and cosmopolitan voices in the Muslim world.

Farhadi previously won an Academy Award for directing “A Separation” (2011), a film about a marriage that dissolves over the question of whether or not to leave Iran. Credited as the writer, producer and director of “The Salesman,” he is widely regarded as a luminary of world cinema, and has joined a handful of living directors – Martin Scorsese, Pedro Almodovar, Wong-kar Wai and Alfonso Cuaron – as auteurs who are making lasting contributions to the art.

If the contentious statements from the podiums of the Golden Globes, Screen Actors Guild Awards and the Director’s Guild Awards are any indication, the Oscars will culminate a unique post-election season of cultural politics – and a rejection of the cultural assumptions inherent in Trump’s brand of politics. Farhadi referred to the Oscars as “this great cultural event.” But with Farhadi absent and his film present, he will be able to contribute to the political undertones of this year’s Oscars in a way that American movie stars ascending the stage can’t.

In his statement, Farhadi also wrote that “Hard-liners, despite their nationalities, political arguments and wars, regard and understand the world in very much the same way…via an ‘us and them’ mentality.” In this sense, he seems to be equating the Trump administration with Iran’s ruling regime.

Some have urged the Oscar organizers to use Skype to at least allow Farhadi to be present visually, if not politically. In either case, if “The Salesman” ends up winning the Oscar for Best Foreign Language Film, it could be seen as yet another repudiation of Trump’s xenophobic, “us versus them” platform.

After all, as Farhadi subtly points out, his executive order is comparable to the very Iranian extremism his policies claim to contain.