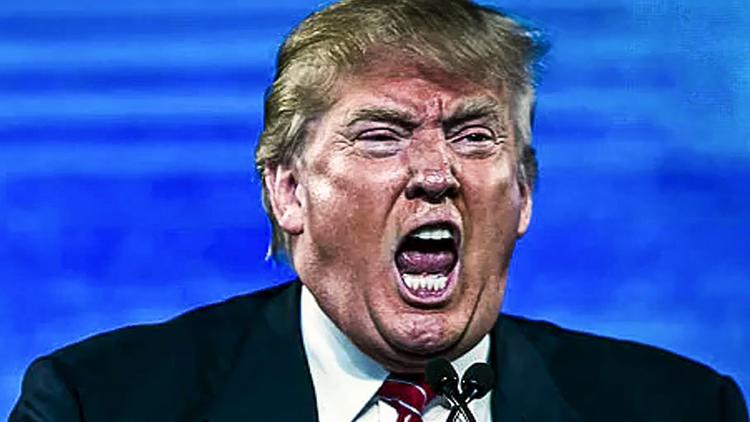 Throwing money at the Pentagon while gutting other programs that protect Americans shouldn’t make anyone feel safer.

Millions of Americans are feeling uneasy, disgruntled, and insecure. That message sounded loud and clear throughout our turbulent election year.

It comes down to this: lots more money — $54 billion, in fact — for the military. That’s “one of the largest increases in defense spending in American history,” as the president put it in his recent speech to Congress. And less money for pretty much everything else.

Giving the military more money seems like a no-brainer way to increase security. But apply a little brain power and you quickly see what’s wrong with this idea.

It’s true, as Trump says, that our troops are having trouble “winning wars” like they used to. But the Pentagon that sent them into war already has more money than it did during the Bush or the Reagan build-up years. And more money than the next seven countries put together.

Besides, what will the military do with all that extra money?

It’s hard to say, because the Defense Department’s accounting systems are so poor (read: designed to hide waste) that it’s the only federal agency that still can’t pass an audit. Its own Defense Business Board identified $125 billion in Pentagon waste without breaking a sweat. (The Pentagon buried the report, though.)

I’m suspicious of the $54 billion figure on other grounds, too. It happens to be 10 percent of the current budget.

Did they arrive at this number based upon careful consideration of threats and necessary tools to respond to them? Or did they come up with a nice big, round number to throw at the Pentagon and let them figure out how to spend it?

I think it’s the latter, and that doesn’t make me feel safer.

Now let’s look at where they want to cut. Start with the State Department, whose total budget ($29 billion) is dwarfed by the extra money they want to give to the Pentagon.

More than 100 retired generals recently put out a statement saying that cutting the diplomacy budget is a bad idea that threatens out security. After all, we’re more likely to go to war if we’re depriving ourselves of the tools to avoid it.

As General Jim Mattis put it back in 2013, “If you don’t fund the State Department fully, then I need to buy more ammunition.” Mattis now heads the Pentagon.

Further, the military itself says climate change is an “urgent and growing” threat to our security. The Trump budget would slash funding for the lead agency, the Environmental Protection Agency, in charge of protecting us from that threat.

It’s also hard to feel secure if you think the air you’re breathing and the water you’re drinking might be making you sick. The same day Trump was telling Congress he’d protect our air and water, he was axing an Obama administration clean water rule.

Another common source of anxiety and anger: feeling you’ve been ripped off by some bank or retailer and there’s nothing you can do about it. Let’s watch those feelings multiply if the administration succeeds in zeroing out the budget for the Consumer Financial Protection Bureau.

And the list goes on: Imagine the rise in anxiety caused by cuts to the Labor Department’s efforts to protect workers.

This Insecurity Budget is far from a done deal — the fight over it is likely to go on all year. We’ll need to stand up for a budget that protects our real security priorities every step of the way.

The National Priorities Project (www.nationalpriorities.org) will be one source of help. They’ll be following the fight, putting forth alternatives, and giving us tools to make our voices heard.

Ring of Fire: “Donald Trump And The Republicans Clearly Want To Burn America To The Ground”