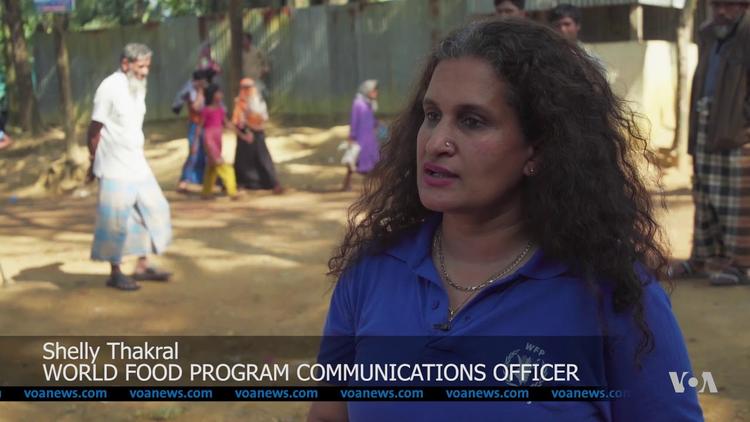 The international community must act swiftly on the Rohingya crisis or the world will create another Palestine. That was the stark warning issued by a delegation from the Middle East in a meeting with the Speaker of the Bangladesh Parliament on Tuesday. The members of the delegation included representatives of a major charity and Algerian politicians.

The IRO was the first Arab charity on the ground in Cox’s Bazar when tens of thousands of refugees fled into neighbouring Bangladesh to escape the ethnic cleansing and genocide at the hands of the military in Myanmar.

“What I saw reminded me of Palestine,” said Badawi, whose family is from Gaza, but now has German citizenship. “There are many parallels, but at least those in the camps at Cox’s Bazar are safe from continued persecution.” Unlike, he pointed out, Palestinian refugees who are still being brutalised and oppressed today. “However, unless the international community acts swiftly the situation could turn into another intractable situation, which has been allowed to happen to the Palestinians.”

The Algerian MP nodded his agreement. “I am afraid that if this issue with the Rohingya people is not resolved soon it will indeed turn into a crisis like Palestine,” he told Chaudhury.

The world must act quickly to prevent this happening.

Adjissa noted that, today, we see Palestinians scattered around the world as well as in the refugee camps in the Middle East because the world did not react to the 1948 Nakba (Catastrophe) when Israel was created in their land. “This must not be allowed to happen for the Rohingya,” added the MP, who is in Dhaka to establish a cross-party parliamentary friendship committee with the Bangladeshi Parliament.

Chaudhury responded by saying that it is important to resolve the situation quickly. She also expressed an interest in the legal initiative taken by IRO in which scores of Rohingya refugees have given sworn statements about the persecution they witnessed and endured. IRO has supported an all-women team of lawyers from Protect the Rohingya NGO, who are tasked with collecting sworn affidavits from refugees with a view to prosecuting the perpetrators of the violence in Myanmar.

Some of the evidence that the survivors have given already has been harrowing. This is especially true of those who have witnessed wholesale slaughter, rape and brutality at the hands of the military as they fled from their villages near the border with Bangladesh.

“The groundwork we have established should help form the basis of legal action anywhere in the world against those who committed these war crimes,” explained Badawi, adding:

“Under universal jurisdiction these statements should prove invaluable. Giving aid is not just about medicines and nourishment; it is also important to document war crimes and try to deliver justice on behalf of the victims.