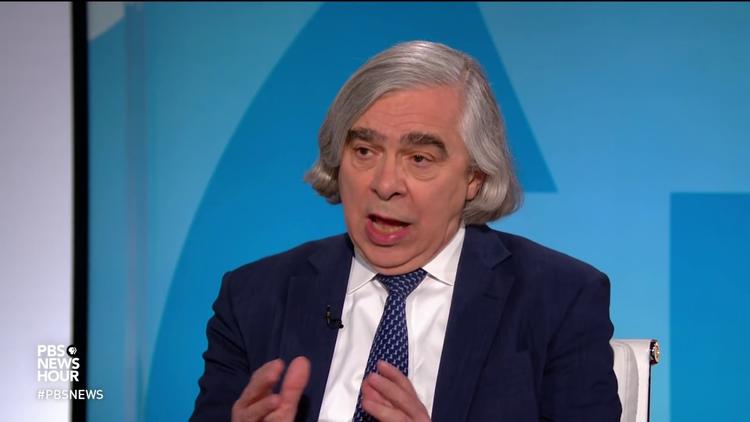 Trump believes he can simultaneously capture a Nobel Peace Prize for North Korea while leaping toward war with Iran.

The president giveth and he taketh away.

Donald Trump is a stern and wrathful leader. He thinks nothing of raining down fire and fury upon the enemies of his “chosen people.” Indeed, he even flirts with ending the world if he doesn’t receive due respect and the requisite number of burnt offerings. But he can also reward his followers, and those who curry his favor, with positions of power and untold riches.

This month, Trump will appear as both of these avatars. By meeting with North Korean leader Kim Jong Un, Trump promises to wave his hand and create peace where before there was nothing but strife and dissension. At the same time, Trump the Destroyer has pledged to take the United States out of the Iran nuclear deal and bring the world that much closer to apocalypse.

It’s a peculiarly hypocritical position to take, but strangely consistent for a two-faced leader.

The deal with Iran closed off all possibility of the country going nuclear for a decade or more. A rich country, Iran could create quite a nuclear arsenal if it so wanted. Iran has abided by the terms of the current Joint Comprehensive Plan of Action (JCPOA) and yet Trump has called the deal “horrible.” Indeed, the president believes that he can “fix” the JCPOA. That’s quite a delusion.

Meanwhile, nuclear North Korea has indicated that it would get rid of its weapons only in exchange for a peace treaty to formally end the Korean War and a pledge from the United States not to attack.

A pledge from the United States? From the Trump administration?

In light of Trump’s attitude toward previous U.S. pledges to Iran and the presence of John Bolton as the new national security advisor, any promises from Washington are worth less than the 140 characters they’re tweeted in. It’s hard to imagine North Korea falling for such a canard.

So, to recap, Donald Trump will attempt this month to persuade a country to give up the nuclear weapons that serve as the deterrence of last resort while giving a green light to a non-nuclear country to restart its program. Trump believes that he can simultaneously capture a Nobel Peace Prize for his approach to North Korea and take a giant leap toward war with Iran by deep-sixing the nuclear agreement. That’s about as plausible as a duplicitous, managerially inept, barnyard bully of a sexual harasser becoming president of the United… Oh, never mind.

Scott Fitzgerald once wrote that “the test of a first-rate intelligence is the ability to hold two opposed ideas in the mind at the same time, and still retain the ability to function.” I used to believe that was true. And then along came Trump and his two-faced approach to Iran and North Korea.

The Roman god Janus had two faces. One looked to the past, while the other gazed upon the future. Janus was the deity of transitions, which also meant that he was responsible for war and peace. Plutarch writes that Janus

has a temple at Rome with double doors, which they call the gates of war; for the temple always stands open in time of war, but is closed when peace has come. The latter was a difficult matter, and it rarely happened, since the realm was always engaged in some war, as its increasing size brought it into collision with the barbarous nations which encompassed it round about.

Peace is indeed a difficult matter, particularly when it comes to the United States. As former president Jimmy Carter recently told The New York Times: “I don’t think that we adhere to a just approach to war, where we are supposed to make armed conflict a last resort and limit our damage to other people to a minimum. I think our country is known around the world as perhaps the most warlike major country there is.” The temple doors in the imperial capital — also known as the Pentagon — are, alas, always open.

Donald Trump was certainly Janus-faced during the 2016 presidential campaign, denouncing the wars of the past while, at the same time, hurling rhetorical lightening bolts at a variety of enemies: the Islamic State, Iran, North Korea, China, Mexico. His occasional sallies against U.S. adventurism overseas won him plaudits from a few befuddled anti-imperialists and criticism from some disappointed neo-cons. As president, however, Trump has hewed to a more traditional security policy of large military budgets, stepped-up drone warfare, and full-spectrum dominance.

North Korea is the curious exception to Trump’s general rule of belligerence. It’s not that he didn’t initially subscribe to the same approach as his predecessors when he took office. He upped sanctions against Pyongyang, tried to persuade China to twist the arm of its erstwhile ally, and used intemperate language to describe North Korean leader Kim Jong Un.

Then, like the rooster who believes that his crowing has caused the sun to rise, Trump took full credit for North Korea’s turnabout at the beginning of 2018. In fact, when he offered to participate in the 2018 Winter Olympics, Kim Jong Un was responding not to U.S. actions so much as his own domestic situation (progress in his nuclear program, political consolidation of power) and the overtures coming from South Korean President Moon Jae-in, who’d taken office in 2017.

I’m not sure which is more depressing: Trump’s self-delusion or the delusion of those who believe that they can influence Trump. Take, for instance, the anti-interventionist Rand Paul (R-KY), who agreed to support Mike Pompeo as secretary of state after Trump made some vague noises about ending the war in Afghanistan. (Actually, Trump has delegated tremendous powers to the Pentagon to prosecute the war in Afghanistan).

Paul is just the latest in a series of “Trump whisperers” who believe that they can make the president roll over and play dead. That includes all those who believe

that Trump should win a Nobel Prize for his efforts — which so far have consisted of a single, impulsive decision to meet Kim Jong Un — in the misguided belief that such a prize will buy Trump’s everlasting support for Korean reunification.

The only thing that Trump supports without qualification is Trump. Those who believe in appeasing the false god occupying the Oval Office in this way should pay more attention to what’s going on with Iran.

The list of those who have tried to persuade Donald Trump of the value of the deal to close off Iran’s path to a nuclear weapon is a long one. At the top of the list was Rex Tillerson, the now dearly departed secretary of state. Then there was the letter from 52 leading national security professionals, including former NSA and CIA head Michael Hayden and former Republican chair of the Senate Foreign Relations Committee Richard Lugar.

More recently, French President Emmanuel Macron came to Washington to see whether his legendary charisma could have an effect on Trump. It was part of an ill-advised European appeasement strategy to coax Trump into “fixing” the deal in a way that Russia, China, and Iran might find palatable. Earlier, Tillerson had pressured France, Germany, and the UK to set up “working groups” to identify “concerns” in the existing treaty and how Iran might address them. Macron, on his visit to Washington, broached the possibility of a “new treaty,” a departure from the European script that left some of his colleagues back home scratching their heads.

But then, two days ago, the UK released a statement that Prime Minister Teresa May, German Chancellor Angela Merkel, and Macron are committed to “working closely” with the U.S. on “those issues that a new deal might cover.”

Dream on, Europeans. Haven’t you learned anything from Munich, 1938?

Much more congenial to Trump’s way of non-thinking is Benjamin Netanyahu, who has been pounding the drums for war with Iran for the better part of his political tenure as Israeli prime minister. This week, Netanyahu took to the airwaves to unveil the revelation that Iran indeed tried to build a nuclear weapons program. Well, that’s headline news…circa 2007. Maybe Netanyahu will host a follow-up program with all the evidence of North Korea’s nuclear weapons program. He can call his program “Last Decade Tonight with Benjamin Netanyahu.”

The timing of Netanyahu’s “revelations” was critical, however. The French and Germans had their turn, and now Israel was following up with the knockout punch that Trump wants to use to get rid of the nuclear deal once and for all.

When will people realize that appeasing Trump is a very bad idea? Jeez, just look at all the administration officials who have been burned to a crisp flying so close to the sun. At the very least, such a flight patter does bizarre things to one’s moral compass.

The best outcome from the Korea discussions is Trump deciding to let the Koreans work out their problems by themselves. North Korea is far away, and it’s hard to find anyone in the Pentagon who likes the odds of a regime-change military strategy. Maybe the vengeful Trump, after a modestly successful meeting with Kim Jong Un, will forget about North Korea when it’s no longer in his field of vision.

The same can’t be said about Iran. Netanyahu is chafing at the bit to escalate Israeli attacks on Iran, which so far have been confined to Iranian forces in Syria. Pompeo and the new National Security Advisor John Bolton are big fans of regime change in Iran. Trump seems to believe that the only way of fixing the Iran nuclear deal is by “fixing” Iran itself.

In fact, a war with Iran would be catastrophic. And it probably wouldn’t be confined to Iran itself. Russia and China could come to their ally’s aid. Saudi Arabia would side with Israel and the United States. At minimum, the conflict would set the Middle East ablaze. But it could easily spread from there.

Frankly, compared to the prospect of world war, a much better outcome of the collapse of the Iran nuclear deal would be if Iran quickly acquired nuclear weapons. Then it could deter an Israeli and U.S. attack. And then, as with North Korea, Donald Trump might realize the importance of striking a denuclearization treaty with a nuclear Iran.

Does that sound absurd? Of course it’s absurd.

Welcome to the impossible world of America’s two-faced president.