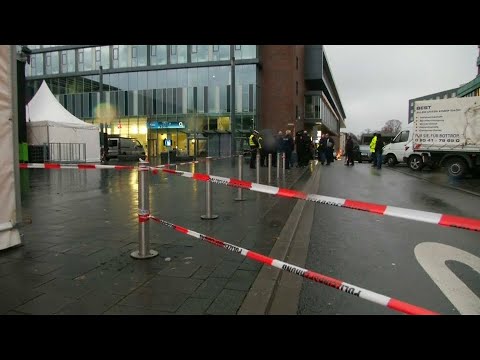 A 50-year-old driver injured Syrian and Afganistan migrants and shouted racist comments as he was being arrested.

A 50-year-old man has been arrested after driving his car into a crowd of people in Germany in what police say appears to be a racist attack.

A group of migrants from Syria and Afghanistan was attacked in the town of Bottrop, an area of western Germany. According to official reports, the driver shouted xenophobic and racist comments while he was being arrested.

In the early hours of January 1, the driver had first tried unsuccessfully to hit a pedestrian. He then headed downtown, driving into a crowd of Syrian and Afganistan migrants, injuring four.

The suspect then headed towards the city of Essen, where he attempted to drive his silver Mercedes into another group of people waiting at a bus stop.

“Investigators suspect it was a deliberate attack that may be linked to the xenophobic views of the driver,” the police said.

Police said the attack was premeditated and that one of the victims is still in hospital receiving treatment. A spokesperson for the Meunster police, Angela Leuttmann, could not confirm if the driver was German, but said he came from Essen.

Horst Seehofer, Germany’s federal interior minister, told Bild newspaper the case would be carefully investigated, along with an incident in Bavaria on Saturday in which four asylum-seekers were arrested on suspicion of attacking a dozen people.

“It is a matter of political credibility to pursue both cases decisively and aggressively,” Seehofer told the newspaper.

EuroNews: “A man with an openly racist background runs over people in Bottop