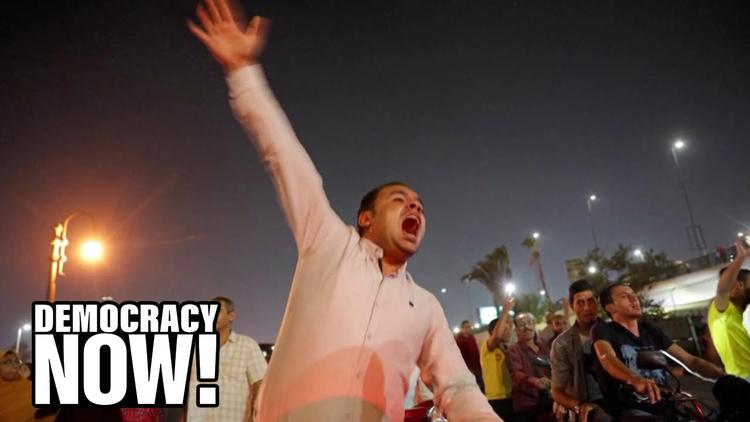 (Al-Bab.com) – The Egyptian authorities have issued a notice to accredited foreign journalists based in Cairo. Basically it seeks to restrict their reporting of demonstrations by demanding compliance with some rather bizarre “professional standards” — presumably with the threat of expulsion if they disobey. Here is the text:

Thc State Information Service called international media outlets and specifically their accredited correspondents in Cairo to abide by internationally recognized professional standards in their coverage of Egyptian affairs and news. SIS said in a brief statement this evening that it has carefully monitored what was broadcasted and published by global media outlets through their accredited correspondents in Cairo in the past twenty-four hours; in light of this SIS reminds once again all media outlets and correspondents that it is essential that they should strictly abide by professional codes of conduct of the media and the press globally recognized and the following comes in their forefront:

* In the case of publishing analysis or conclusions or interpretations or expectation, neutrality between all parties should be taken into account and space should be provided for all viewpoints to be presented in an equal manner and that includes the viewpoint of the State or who represents it.

* Social media outlets should not be considered as sources of news or reporting as these sources have an uncontrollable and chaotic nature with the presence of many fake accounts and fabrications; furthermore. in developed nations such sources arc not allowed to be used unless under strict regulations and after undergoing many stages of verification.

Democracy Now! “Over 2,000 Arrested in Egypt in Growing Protests Against Sisi, Trump’s “Favorite Dictator” /a>