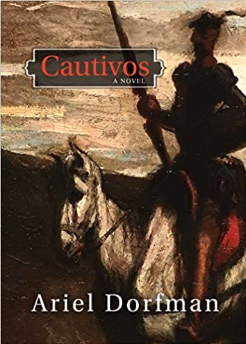 ( Tomdispatch.com) – When Jennifer López shouted out that last line of the Pledge of Allegiance in Spanish during Joe Biden’s inauguration ceremony, like so many Spanish-speaking Latinos in the United States I felt a sense of pride, a sense of arrival. It was a joy to hear my native language given a prominent place at a moment when the need to pursue the promise of “liberty and justice for all” couldn’t be more pressing.

A sense of arrival, I say, and yet Spanish arrived on these shores more than a century before English. In that language, the first Europeans explorers described what they called “el Nuevo Mundo,” the New World — new for them, even if not for the indigenous peoples who had inhabited those lands for millennia, only to be despoiled by the invaders from abroad. The conquistadors lost no time in claiming their territories as possessions of the Spanish crown and, simultaneously, began naming them.

Much as we may now deplore those colonial depredations, we still regularly use the words they left behind without considering their origins. Florida, which derives from flor, flower in Spanish, because Ponce de León first alighted in Tampa Bay on an Easter Sunday (Pascua Florida) in 1513. And then there is Santa Fe (Holy Faith) and Los Angeles (the Angels), founded in 1610 and 1782 respectively, and so many other names that we now take for granted: Montana (from montañas), Nevada (from nieve, or snow), Agua Dulce, El Paso, and Colorado, to name just a few. And my favorite place name of all, California, which comes from a legendary island featured in one of the books of chivalry that drove Don Quixote, the character created by Miguel de Cervantes, mad and set him on the road to seek justice for all.

It was not justice, not justicia para todos, however, that the millions who kept Spanish alive over the centuries were to encounter in the United States. On the contrary, what started here as an imperial language ended up vilified and marginalized as vast swaths of the lands inhabited by Spanish speakers came under the sway of Washington. As Greg Grandin has documented in his seminal book, The End of a Myth, the expansion of the United States, mainly into a West and a Southwest once governed by Mexico, led to unremitting discrimination and atrocities.

It was in Spanish that the victims experienced those crimes: the girls and women who were raped, the men who were lynched by vigilantes, the families that were separated, the workers who were deported, the children who were forbidden to speak their native tongue, the millions discriminated against, mocked, and despised, all suffering such abuses in Spanish, while holding onto the language tenaciously, and passing it on to new generations, constantly renewed by migrants from Latin America.

Through it all, the language evolved with the people who used it to love and remember, fight and dream. In the process, they created a rich literature and a vibrant tradition of perseverance and struggle. As a result, from that suppressed dimension of American history and resistance, Spanish is today able to offer up words that can help us survive this time of pandemic.

That’s what I’ve discovered as I navigated the many pestilences ravaging our lives in the last year: the Spanish I’ve carried with me since my birth has lessons of hope and inspiration, even for my fellow citizens who are not among the 53 million who speak it.

Words of Aliento for Our Current Struggle

Aliento tops the list of Spanish words that have recently mattered most to me. It means breath, but also encouragement. Alentar is to give someone the chance to breathe, to hearten them. (Think, in English, of the word encourage, which comes from the same root as corazón, heart, in Spanish.)

It’s worth remembering this connection today, when so many are dying because they lack breath and not even a ventilator can save them. Because they don’t have aliento, their heart stops. Perhaps they can’t breathe because others didn’t have the courage, el coraje, to help them survive, didn’t rage against the conditions that allowed them to die unnecessarily. Recall as well that so many of us in this country felt suffocated in another sense, breathless with the fear that we wouldn’t survive as a republic, not as a democracy, however imperfect it might have been.

Maybe that’s why, last year, so many Americans felt represented by the next to last words of George Floyd, repeated more than 20 times before he died: “I can’t breathe.” If he had cried out those words in Spanish, he would not have gasped, “No tengo aliento,” though that would have been true. He would undoubtedly have said: “No puedo respirar.”

Respirar. English speakers use the verb “to breathe,” but can certainly appreciate the various echoes respirar has in English, since it’s derived from the same word in Latin, “spirare,” that has bequeathed us spirit, inspire, and aspire. When we inhale and exhale in Spanish, I like to think that we’re simultaneously in communion with the sort of spirit that keeps us alive when the going is rough.

In normal times, the sharing of air is a reminder that we’re all brothers and sisters, part of the same humanity, invariably inhaling and exhaling one another, letting so many others into our lungs and vice versa. But these times are far from normal and the air sent our way by strangers or even loved ones can be toxic, can lead to us expiring. So rather than respirar together in 2021, we need to inspirar each other, to aspirar together for something better. We need to band together in aconspiracy of hope so that every one of us on the planet will be granted the right to breathe, so that good things can transpire.

As so many of the initial measures of the Biden-Harris presidency suggest, to begin to undo the venomous divisiveness of the Trump era, we all need to tomar aliento or breathe in new ways to survive. We need to have more vida juntos or life with one another in order to go beyond the masked solitude of this moment, este momento de soledad.

Here Comes the Sun, But Let It Be for All

As soledad originates from that same word, solitude, it undoubtedly will sound familiar to English speakers. But the Spanish syllables of soledad radiate with the word sol, the sun, that antidote to loneliness and separation, which rises for all or will rise for none, which warms us all or fries us all or heals us all. And soledad also contains the suffix dad (from the verb dar, to give), telling us again that the way out of isolation is to be as generous as sunlight to one another, especially to those who have more edad; who, that is, are older and therefore at greater risk. To be that generoso is not easy. It may take a lot of work to care for those in need when one is also facing grief and hardship oneself — a labor that is frequently difficult and painful, as the Spanish word for work, trabajo, reminds us.

Trabajo is not just physical labor or exertion. It brings to mind something more distressing. The last novel that Cervantes wrote after finishing Don Quixote was called Los Trabajos de Persiles y Segismunda and there trabajos refers to the torments and trials that two lovers go through before they can be unidos, united.

Think of trabajos as akin to travails in English and, indeed, many who toil among us right now during this pandemic are going through special travails and trouble to keep us fed and sheltered and safe. Called “essential workers,” trabajadores esenciales, many of them have journeyed here from foreign lands after terrible travails and travels of their own (two words that derive from the same tortuous linguistic roots). As in the era of Cervantes, so in our perilous times, to leave home, to wander in search of a secure haven in a merciless world is an ordeal beyond words in any language.

It gives me solace, though, that when so many of those migrants crossed the border into the United States where I now live, they brought their Spanish with them, their throats and lives full of aliento, inspiración, trabajo, sol, and solidaridad. Now may be the time to record them — or rather recordarlos — in the deepest meaning of that word, which is to restore them to our hearts, to open those hearts to them at a moment when we are all subject to such travails and plagues.

In concrete policy terms, this would mean creating a true path to citizenship, ciudadanía, for so many millions lacking documentos. It would mean reuniting (re-unir) the families that Donald Trump and his crew separated at our southern border and finding the missing children, los niños desaparecidos. It would mean building less disruptive walls and more roads, caminos, that connect us all.

There Is No Unidad Without Struggle

Not all words in Spanish, of course, need to be translated for us to understand them. Pandemia, corrupción, crueldad, violencia, discriminación, muerte are sadly recognizable, wretchedly similar in languages across the globe as are the more hopeful, justicia, paz, rebelión, compasión. The same is true of President Biden’s favorite word of the moment, unidad, to which we should add a verb whose indispensability he and the Democratic Party should never forget, at least if there is to be real progress: luchar or to struggle.

Equally indispensable is a more primeval word that we can all immediately identify and make ours: mamá. Who has not called out to his or her mother in an hour of need, as George Floyd did at the very end of his existence? But the Spanish version of that word contains, I believe, a special resonance, related as it is to mamar — to suckle, to drink milk from the maternal breast as all mammals do — and so to that first act of human beings after we take that initial breath and cry.

For those of us who are grown up, an additional kind of sustenance is required to face an ominous future: “esperanza,” or hope, a word that fittingly stems from the same origin as respirar.

Many decades ago, Spanish welcomed me into the world and I am grateful that it continues to give me aliento in a land I’ve now made my own. It reminds me and my fellow citizens, my fellow humans, that to breathe and help others draw breath is the foundation of esperanza. The native language that I first heard from my mamá — even though she is long dead — still whispers the certainty that there is no other way for the spirit to prevail in these times of rage and solidarity and struggle, full of light and luz and lucha, so we may indeed someday fulfill the promise of “libertad y justicia para todos,” of liberty and justice for all.

Follow TomDispatch on Twitter and join us on Facebook. Check out the newest Dispatch Books, John Feffer’s new dystopian novel Frostlands (the second in the Splinterlands series), Beverly Gologorsky’s novel Every Body Has a Story, and Tom Engelhardt’s A Nation Unmade by War, as well as Alfred McCoy’s In the Shadows of the American Century: The Rise and Decline of U.S. Global Power and John Dower’s The Violent American Century: War and Terror Since World War II.

Ariel Dorfman is an Argentine-Chilean-American novelist, playwright, essayist, academic, and human rights activist. A citizen of the United States since 2004, he is an emeritus professor of literature at Duke, is the author of the play Death and the Maiden, the upcoming novel Darwin’s Ghosts, and a new book of essays, Homeland Security Ate My Speech: Messages From the End of the World.