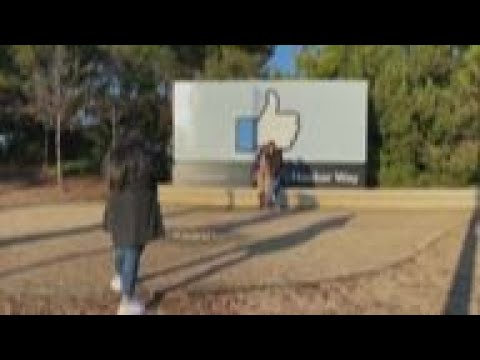 One insidious way to torture the detainees at Guantanamo was to blast music at them at all hours. The mixtape, which included everything from Metallica to the Meow Mix jingle, was intended to disorient the captives and impress upon them the futility of resistance. It worked: this soundtrack from hell did indeed break several inmates.

For four years, Americans had to deal with a similar sonic blast, namely the “music” of Donald Trump. His voice was everywhere: on TV and radio, screaming from the headlines of newspapers, pumped out nonstop on social media. MAGAmen and women danced to the repetitive beat of his lies and distortions. Everyone else experienced the nonstop assault of Trump’s instantly recognizable accent and intonations as nails on a blackboard. After the 2016 election, psychologists observed a significant uptick in the fears Americans had about the future. One clinician even dubbed the phenomenon “Trump anxiety disorder.”

The volume of Trump’s assault on the senses has decreased considerably since January. Obviously, he no longer has the bully pulpit of the Oval Office to broadcast his views. The mainstream media no longer covers his every utterance.

Most importantly, the major social media platforms have banned him. In the wake of the January 6 insurrection, Twitter suspended Trump permanently under its Glorification of Violence policy. Facebook made the same decision, though its oversight board is now revisiting the former president’s deplatforming.

It’s not only Trump. The Proud Boys, QAnon, the militia movements: the social media footprint of the far right has decreased a great deal in 2021, with a parallel decline in the amount of misinformation available on the Web.

And it’s not just a problem of misinformation and hate speech. According to a new CSIS report on domestic terrorism, right-wing extremists have been involved in 267 plots and 91 fatalities since 2015, with the number of incidents rising in 2020 to a height unseen in a quarter of a century. A large number of the perpetrators are loners who have formed their beliefs from social media. As one counterterrorism official put it, “Social media has afforded absolutely everything that’s bad out there in the world the ability to come inside your home.”

So, why did the tech giants provide Trump, his extremist followers, and their global counterparts unlimited access to a growing audience over those four long years?

In a new report from the Global Project Against Hate and Extremism (GPAHE), Heidi Beirich and Wendy Via write, “For years, Trump violated the community standards of several platforms with relative impunity. Tech leaders had made the affirmative decision to allow exceptions for the politically powerful, usually with the excuse of ‘newsworthiness’ or under the guise of ‘political commentary’ that the public supposedly needed to see.”

Even before Trump became president, Facebook was cutting him a break. In 2015, he was using the social media platform to promote a Muslim travel ban, which generated considerable controversy, particularly within Facebook itself. The Washington Post reports:

Outrage over the video led to a companywide town hall, in which employees decried the video as hate speech, in violation of the company’s policies. And in meetings about the issue, senior leaders and policy experts overwhelmingly said they felt that the video was hate speech, according to three former employees, who spoke on the condition of anonymity for fear of retribution. [Facebook CEO Mark] Zuckerberg expressed in meetings that he was personally disgusted by it and wanted it removed, the people said.

But the company’s most prominent Republican, Vice President of Global Policy Joel Kaplan, persuaded Zuckerberg to change his position. In spring 2016, when Zuckerberg wanted to condemn Trump’s plan to build a wall on the border with Mexico, he was again persuaded to step back for fear of seeming too partisan.

Facebook went on to play a critical role in getting Trump elected. It wasn’t simply the Russian campaign to create fake accounts, fake messaging, and even fake events using Facebook, or the theft of Facebook user data by Cambridge Analytica. More important was the role played by Facebook staff in helping Trump’s digital outreach team maximize its use of social media. The Trump campaign spent $70 million on Facebook ads and raised much of its $250 million in online fundraising through Facebook as well.

Trump established a new paradigm through brute force and money. As he turned himself into clickbait, the social media giants applied the same “exceptionalism” to other rancid politicians. More ominously, the protection accorded politicians extended to extremists. According to an account of a discussion at a Twitter staff meeting, one employee explained that “on a technical level, content from Republican politicians could get swept up by algorithms aggressively removing white supremacist material. Banning politicians wouldn’t be accepted by society as a trade-off for flagging all of the white supremacist propaganda.”

Of course, in the wake of the January 6 insurrection, social media organizations decided that society could indeed accept the banning of politicians, at least when it came to some politicians in the United States.

In the Philippines, an extraordinary 97 percent of the population has accounts with Facebook, up from 40 percent in 2018 (by comparison, about 67 percent of Americans have Facebook accounts). Increasingly, Filipinos get their news from social media. That’s bad news for the mainstream media in the Philippines. And that’s particularly bad news for journalists like Maria Ressa, who runs an on-line news site called Rappler.

At a press conference for the GPAHE report, Maria Ressa described how the government of Rodrigo Duterte, with an assist from Facebook, has made her life a living hell. Like Trump, Duterte came to power on a populist platform spread through Facebook. Because of her critical reporting on government affairs, Ressa felt the ire of the Duterte fan club, which generated half a million hate posts that, according to one study, consisted of 60 percent attacks on her credibility and 40 percent sexist and misogynist slurs. This onslaught created a bandwagon effect that equated journalists like her with criminals.

This noxious equation on social media turned into a real case when the Philippine authorities arrested Ressa and convicted her of the dubious charge of “cyberlibel.” She faces a sentence of as much as 100 years in prison.

“Our dystopian present is your dystopian future,” she observed. What happened in the Philippines in that first year of Duterte became the reality in the United States under Trump. It was the same life cycle of hate in which misinformation is introduced in social media, then imported into the mainstream media, and supported from the top down by opportunistic politicians.

The Philippines faces another presidential election next year, and Duterte is barred from running again by term limits. Duterte’s daughter, who is currently the mayor of Davao City just like her father had been, tops the early polls, though she hasn’t thrown her hat in the ring and her father has declared that women shouldn’t run for president. This time around, however, Facebook disrupted the misinformation campaign tied to the Dutertes when it took down fake accounts coming from China that supported the daughter’s potential bid for the presidency.

President Duterte was furious. “Facebook, listen to me,” he said. “We allow you to operate here hoping that you could help us. Now, if government cannot espouse or advocate something which is for the good of the people, then what is your purpose here in my country? What would be the point of allowing you to continue if you can’t help us?”

Duterte had been led to believe, based on his previous experience, that Facebook was his lapdog. Other authoritarian regimes had come to expect the same treatment.

In India, according to the GPAHE report, Prime Minister Narendra Modi’s party, the BJP,

was Facebook India’s biggest advertising spender in 2020. Ties between the company and the Indian government run even deeper, as the company has multiple commercial ties, including partnerships with the Ministry of Tribal Affairs, the Ministry of Women and the Board of Education. Both CEO Mark Zuckerberg and COO Sheryl Sandberg have met personally with Modi, who is the most popular world leader on Facebook. Before Modi became prime minister, Zuckerberg even introduced his parents to him.

Facebook has also cozied up to the right-wing government in Poland, helped get Jair Bolsonaro elected in Brazil, and served as a vehicle for the Islamophobic content that contributed to the rise of the far right in the Netherlands.

But the decision to ban Trump has set in motion a backlash. In Poland, for instance, the Law and Justice Party has proposed a law to fine Facebook and others for removing content if it doesn’t break Polish law, and a journalist has attempted to establish a pro-government alternative to Facebook called Albicla.

Back in the USA

Similarly, in the United States, the far right has suddenly become a big booster of free speech now that social media platforms have begun to deplatform high-profile users like Trump and take down posts for their questionable veracity and hate content. In the second quarter of 2020 alone, Facebook removed 22.5 million posts.

Facebook has tried to get ahead of this story by establishing an oversight board that includes members like Jamal Greene (a law professor at Columbia University), Julie Owono (executive director, Internet Sans Frontiere) and Nighat Dad (founder of the Digital Rights Foundation). Now Facebook users can also petition the board to remove content.

With Facebook, Twitter, YouTube and others now removing a lot of extremist content, the far right has migrated to other platforms, such as Gab, Telegram, and MeWe. They continue to spread conspiracy theories, anti-vaccine misinformation, and pro-Trump propaganda on these alternative platforms. Meanwhile, the MAGA crowd awaits the second coming of Trump in the form of a new social media platform that he plans to launch in a couple months to remobilize his followers.

Even without such an alternative alt-right platform—Trumpbook? TrumpSpace? Trumper?— the life cycle of hate is still alive and well in the United States. Consider the “great replacement theory,” according to which immigrants and denizens of the non-white world are determined to “replace” white populations in Europe, America, and elsewhere. Since its inception in France in 2010, this extremist conspiracy theory has spread far and wide on social media. It has been picked up by white nationalists and mass shooters. Now, in the second stage of the life cycle, it has landed in the mainstream media thanks to right-wing pundits like Tucker Carlson, who recently opined, “The Democratic Party is trying to replace the current electorate of the voters now casting ballots with new people, more obedient voters from the Third World.”

Pressure is mounting on Fox to fire Carlson, though the network is resisting. Carlson and his supporters decry the campaign as yet another example of “cancel culture.” They insist on their First Amendment right to express unpopular opinions. But a privately owned media company is under no obligation to air all views, and the definition of acceptability is constantly evolving.

Also, a deplatformed Carlson would still be able to air his crank views on the street corner or in emails to his followers. No doubt when Trumpbook debuts at some point in the future, Carlson’s biggest fan will also give him a digital megaphone to spread lies and hate all around the world. These talking heads will continue talking no matter what. The challenge is to progressively shrink the size of their global platform.