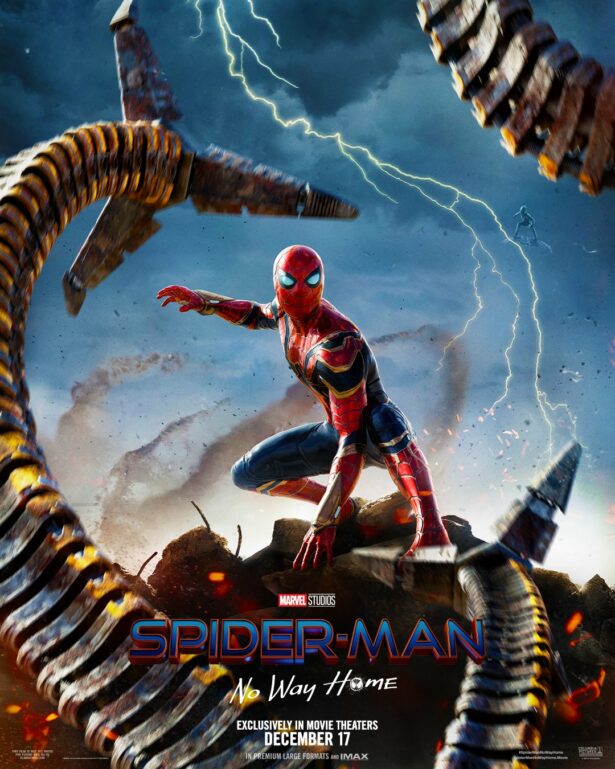 By taking on the mission of rehabilitating villains in the new Spider-Man movie, Peter Parker shows the good that can happen when we invest in people rather than imprison them.

This article contains spoilers for “Spider-Man: No Way Home.”

( Waging Nonviolence) – I went into “Spider-Man: No Way Home” thinking it was going to be another feel-good film about one of my favorite characters to come out of Marvel’s long list of heroes. But I was happily surprised to find that the film had a deeper plot that was underscored by themes of restorative justice, or the idea that those who do wrong need healing just the same as their victims. These themes are incredibly relevant to the real-life discussion of how American society views incarcerated people as “villains” and unworthy of redemption.

Instead of the typical scenario where the hero of the story must defeat the villain to save the day, we’re presented with a plot that requires the hero, Peter Parker, to forgive — forcing the hero to show empathy to the villain in order to do so.

As people grapple with another spike in COVID infections, we can’t forget empathy for a vulnerable population of folks whose deaths are preventable: the incarcerated. We can easily save them by setting them free and providing resources that address why they’re incarcerated in the first place. The prison abolition movement is rooted in this mission and actively working to make it a reality. But prisoners aren’t a priority in a country that willingly casts them aside rather than invest in their freedom.

Villains from earlier Spider-Man trilogies — led by Toby Maguire and Andrew Garfield — pour into the universe of the latest Spider-Man, played by Tom Holland. As a result, Holland’s Spider-Man is tasked with sending villains like Doctor Octopus and Electro back to their respective universes, but the solution to the conflict is more complex.

Peter realizes he has a choice (thanks to his wise Aunt May): Send the villains back to their respective universes to meet their end or try to convince them to abandon their evil ways before returning home. To see the hero of a Marvel movie offered this choice is a huge victory for prison abolitionists, showing that their vision of a world without prisons is permeating American culture in a positive way.

Dr. Strange is resistant to the idea of helping the villains and argues that their fate is fixed, insinuating that they deserve to die for the havoc they’ve wreaked. Strange’s argument is strikingly similar to real-life carceral thinking and reminiscent of how proponents of our own prison industrial complex view criminals as inherently violent and favor capital punishment. As prison abolitionists point out, this limited mindset overlooks the many factors that drive someone to commit a crime or, in this case, resort to villainy.

The overarching message in “No Way Home” is that everyone deserves a second chance — even the villains we all know and, in some cases, love to hate. In the real world, some view the two million people in prisons, jails, juvenile correction facilities and immigrant detention centers as villains of their own making, which helps explain why the U.S. has the highest amount of incarcerated people worldwide. Every year, 600,000 people are sentenced to prison and 83 percent of federal criminal defendants are found guilty.

Re-entry programs give formerly incarcerated folks the second chance they need to overcome the complex challenges they face when they are released to break the cycle of incarceration. Homeboy Industries in Los Angeles provides former gang members and the formerly incarcerated with resources to reintegrate, such as employment, tattoo removals and mental health services. The Center for Women in Transition in St. Louis provides formerly incarcerated women with transitional housing, case management and other resources to rebuild lives after prison. These organizations and others like them are supported by the Second Chance Act, a fund that awards grants to groups working to reduce rates of recidivism nationwide.

In a similar (albeit superhero) fashion, the three Spider-Men join forces to “cure” the villains rather than defeat them in a final battle that takes place at the Statue of Liberty — a monument that symbolizes the film’s theme of restorative justice and second chances. After all, for earlier immigrant generations, the statue was a beacon of hope, representing the possibility of a second chance or the start of a new life. Of course, America isn’t so welcoming of immigrants today. Not only has the path to naturalization narrowed over the past few decades, but there are currently more than 22,000 migrants in ICE detention centers — despite most having no criminal record. What’s more, nearly two million migrants were arrested at the U.S-Mexico border this year, alone. The opportunity the statue once stood for has been tarnished — something the filmmakers are clearly aware of, as they allow it to serve as a backdrop to the final act.

As the film comes to a close, the Spider-Men “cure” most of the villains by addressing the trauma that led them to acquire their menacing abilities. Doctor Octopus was relieved of the relentless voices in his head after Holland’s Peter injected him with a device that stopped his tentacles from infecting his brain. Sandman, Electro and Lizard — who were disfigured by the traumatic accidents that gave them their abilities — were given antidotes by the other Spider-Men, reverting them back to their human forms.

Meanwhile, Dr. Strange — who’s more concerned with keeping the multiverse from collapsing than learning about restorative justice — prepares to close the many portals that Peter opened. In the commotion, the three Spider-Men are blindsided by the Green Goblin who they have yet to cure. Norman Osborne has long stood as a metaphor for the criminalization of mental illness, but until this film, the source of his demons had not been explored — no doubt due, in part, to our general lack of understanding of mental health as a society.

After all, the U.S. has a history of punishing the mentally ill rather than treating them. Before the first psychiatric hospital was established in 1773, Americans were incarcerated just for being mentally ill. That legacy carries on today where, in most states, the majority of people with mental illnesses are in prisons rather than psychiatric hospitals equipped to meet their unique needs. Incarceration has only ever kept people from getting the help they need to lead better lives.

Scenes from “No Way Home” shed light on Osborne’s mental health, showing symptoms that mirror borderline personality disorder or schizophrenia. After encountering Holland’s Peter for the first time, Osborne is seen covering his ears in an alley to silence the voices inside his head. In a scene with Aunt May, he talks about how he becomes someone else when he puts on his mask. In the final battle, he switches from Osborne to the Goblin, wanting nothing more than to make people suffer the way he does. After watching the Goblin kill his Aunt May and wound Maguire’s Spider-Man, Holland’s Spider-Man struggles to be empathetic at first. But he honors Aunt May’s dying wish for him to finish what he started — by curing Osborne of his alter ego that killed the only living family member Peter had left.

The movie ends with Holland accomplishing what he set out to do. The villains, along with the Garfield and Maguire Spider-Men, are all sent back to their universes. We can assume they made better choices after being given the tools they needed to change their narratives.

What’s most compelling, however, is that Holland’s Peter also — knowingly or not — seeks out his own second chance. In the last film, “Far from Home,” Mysterio outs Peter and frames him as his killer. In the eyes of many, the hero became the villain. Consequently, in “No Way Home,” Peter wants Dr. Strange to wipe his slate clean so he can walk through life as if he was never outed. His wish is granted in the end when Dr. Strange recasts the spell that went wrong to make everyone forget who Peter Parker is and what he was accused of.

In the real world, that’s a fantasy that many incarcerated folks want, too, but can ultimately never have under a system that punishes them even after they’ve served time. Convicted felons struggle against laws that make it near impossible to reintegrate into society without being defined by their record. People with criminal records are half as likely to get a job compared to those without one. States have been slow to enact Clean Slate Initiative laws that allow ex-offenders to get their records expunged or sealed once they’re released from prison. They might be free from their cells but they aren’t free to vote, apply for social benefits or even serve on a jury after they’re released.

Holland’s Spider-Man insists throughout the film that the vitriol aimed at him was because people didn’t know the whole story — namely that Mysterio was actually a villain. People who look like Peter Parker, a white man, are given the benefit of the doubt far more often than people of color in the criminal justice system. Nevertheless, Peter’s frustration with the public’s perception of him aligns with that of marginalized people in our own world who are affected by racial bias during every step of the system, from profiling to sentencing.

Despite having the opportunity to see through the eyes of the oppressed, Peter still didn’t know what stories the villains carried with them — stories that were crucial to him changing his views and unlearning a carceral mindset. After all, villains are easier to hate when you only see the horrible acts they commit. But it gets harder when you’re introduced to their backstories that are often tragic and riddled with abuse and neglect. The same can be said for the incarcerated.

In order to save the day, Peter had to give those he once saw as villains the very thing he was seeking for himself: a second chance. The minute viewers like me realize this, we’re also able to see the power we have to do the same in our everyday lives — and with great power comes great responsibility.

We can choose what kind of hero we’re going to be the same way Peter did in “No Way Home.” Recognizing the flaws of our punitive carceral system, through the lens of Spider-Man or otherwise, can be a stepping stone to getting involved in the actual struggle to change the system and build a world without prisons.
It all starts with acknowledging that the people we throw into cells every single day are just that: people.

Raven Yamamoto is a journalist and fellow in the Uprising Fellowship at Just Media.

Waging Nonviolence is now on Telegram. Click here to join our new channel (@wagingnv) and stay updated with the latest headlines.