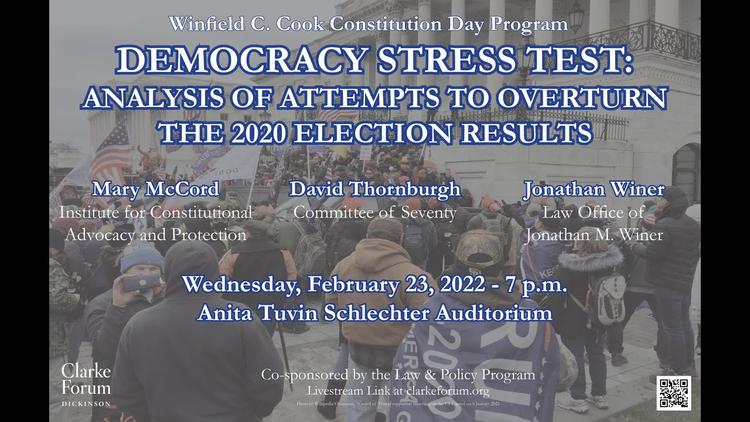 Oakland, Ca. (Special to Informed Comment) – The American-Israel Public Affairs Committee or AIPAC, the major coordinator of thousands of organizations making up the Israel lobbies, can no longer call itself “non-partisan.” That they would openly endorse 37 Republican Members of Congress who voted to overturn the 2020 Election quashes any notion of non-partisan standing. Previously, their mutual, self-aggrandizing endorsements of Donald Trump and former Israeli PM Benjamin (Bibi) Netanyahu sealed the alliance of Israel’s far-far right with their American counterparts.

In recent years, AIPAC has declared that Republicans are friendlier to Israel than Democrats, and former presidents Jimmy Carter and Barack Obama to be enemies of Israel (and therefore the Jews). They missed the memo about friends not letting friends commit political and economic suicide. Republican Jews love Donald Trump because he would never tell Bibi “no,” and fulfilled every Jewish, right-wing fantasy with the Abraham Accords and moving the American embassy from Tel Aviv to Jerusalem. AIPAC knows that their political base is wedded to the evangelical agenda, whose supporters have become Israel’s new target market for tourism. This is because many American Jews are withholding or withdrawing support over the illegal, expansionist settlements and military atrocities.

I reached out and invited comments from public information directors at AIPAC and the Republican Jewish Coalition (RJC), as well as some local Jewish Republican leaders. They all “responded by not responding” to my calls and emails – a dynamic I became familiar with from the directors of the Memphis Jewish Community Center, which rescinded my lifelong membership privileges because of my publications, including one that critiqued the two Jewish Congressmen who represent Memphis. The JCC also “responded by not responding” to my outreach for this essay.

By registering for the RJC PAC page, I unlocked the gateway to their alternative universe and false narrative. In selective bold-face type, they declare:

It’s no secret – the Democrats control the White House, the Senate, and the House of Representatives. In other words, they control Washington. It’s scary what they’ve done with that power in such a short amount of time. They’re making moves to rejoin the deadly Iran nuclear deal; they cancelled the Keystone pipeline, destroying thousands of good-paying energy jobs; they’ve caved to the teachers union and kept students locked out of school; they’ve built a wall around our Capitol but oppose securing our Southern border; and socialism has become their unabashed governing policy.

I crawled into and out of the belly of the beast, and now I must wash myself off. Nothing in that passage is true! AIPAC parrots the same alarmist lies and talking points as Fox News and the Republican National Committee.

Jewish Republicans tend to be single-issue voters based on who they perceive to be most friendly to Israel. Though President Carter made history by dragging Menachem Begin along to create the Camp David Agreements, and Obama gifted Israel with the “United States-Israel Enhanced Security Cooperation Act of 2012,”, most Republican Jews consider both to be traitors to Israel and Judaism because they are captive to AIPAC’s mendacious propaganda.

As long as he’s friendly to Israel, they’ll overlook the former president’s serial assaults on women and his racism. And by “friendly to Israel,” I mean willing to overlook Israeli military atrocities, and the deeply anti-Jewish agenda of the evangelical community, who are hoping that as soon as Israel firmly controls all the territory of the ancient kingdoms of Judah and Israel, it will provoke a Resurrection Day in which there will at last be no Jews. Given the antisemitic cast of the Trump movement and its deep entanglement with Putin’s militant Christian white nationalism, Jewish Republicans and AIPAC are full-throated supporters of politicians and issues deeply inimical to the interests of Jews—not to mention of humanity more generally.

The stated vision and ideology of the RJC leads to a deep rabbit hole that would give Lewis Carroll a bad acid trip flashback.

Time after time, he’s led the way on issues that are top priority for pro-Israel voters. To take just the most recent example, he led a group of 16 Senate Republicans who sent a letter to President Biden opposing the administration’s plans to reopen the PLO office in Washington DC and a US consulate in East Jerusalem.

They’ll forgive anybody for anything, as long as they believe that the Hammer of Justice and Bell of Freedom does not apply to the Palestinians.

Putin’s USSR-style invasion of Ukraine has laid bare some myths propping up both Russia’s unlawful imperial claims and Republican Party myths. I’m so old, I remember when Republicans made anti-Communism a litmus test of American loyalty. In what I once referred to as the Republicans’ Dr. Strangelove dynamic, they openly embrace concepts they once declared abhorrent. New Statesman editor Emily Tamkin also picked up the vibe, offering, “How the American Right Stopped Worrying and Learned to Love Russia.” She cites Trump and Tucker Carlson for their continued fawning over Putin’s war crimes, along with one of the most bizarre conflations of unrelated issues in socio-linguistic history: Steve Bannon’s assertion that “We did not serve in the Marine Corps to go and fight Vladimir Putin because he didn’t believe in transgender rights, which is what the U.S. State Department is saying is a major problem with Russia.” So there it is in a nutshell. They admire autocratic strong men who don’t tolerate LGBQT culture. And they admire a spirit of intolerance.

The hypocrisy and self-serving nature of the Abraham Accords is best revealed in how the UAE and Sudan were bribed to sign on, but abstained from condemning the Ukraine invasion at the UN. It was never about peace, but rather a “real estate deal” as Jarrod Kushner has characterized and managed it.

The spinelessness of Republicans is now in full frontal view. When Trump tried to blackmail Ukrainian President Volodymyr Zelenskyy by withholding contracted military assistance in return for interfering with the 2020 election, Republicans couldn’t say enough bad things about Ukraine and its leader. While Trump fawned over Putin throughout his presidency, Republicans bought in and elevated Putin to most-favored-nation status. Putin’s agenda has always been to reconstitute the USSR geographically while abandoning socialism for plutocracy, and the Ukraine invasion is the first strike.

The sons and daughters of Republicans who fought Soviet tyranny, now support its revival. AIPAC made a deal with the devil, that is, with the 37 Republican Electors who voted to overturn the 2020 Election. Had these perfidious Congressmen succeeded in overturning the election and giving Trump a second term, we may safely conclude that he would have been a doormat for Putin’s expansionism. AIPAC’s support for them is another surrender to white Christian nationalism.