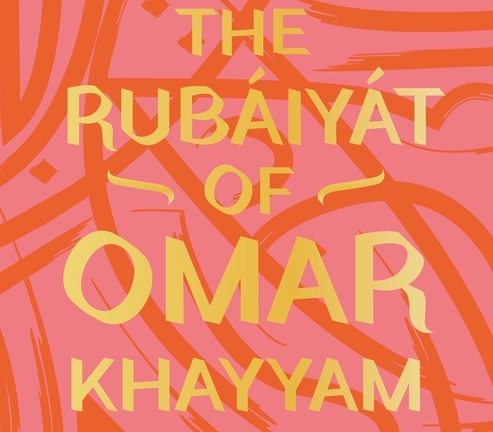 Ann Arbor (Informed Comment) – Just as Good Friday is a time for sober reflection and grief at the crucifixion of Jesus Christ, so Easter Sunday is a time for blissful celebration at his rising from the dead and his ascension into heaven to sit at the right hand of God the Father.

In keeping with this Easter theme of joy, today I am sharing my translation of Poem 4 in the Persian Divan of Hafez of Shiraz (d. 1390 A.D.), who invokes the image of a Christ ascended into the heavens who breaks into an ecstatic dance. The amazing and cryptic verse goes this way

It’s no surprise that in the sky Hafez’s verse
set Venus singing, at which Christ broke into dance.

There are other Easter-like themes in Persian poetry. Muslims believe in Jesus and his miracles, such as raising Lazarus from the dead. In a celebration of the coming of spring, a poem attributed to the astronomer Omar Khayyam says,

Now that the world verges on being happy,
the high-spirited plan to make merry outside.
Each branch is putting out shoots as white as the hand of Moses,
and every breeze wafts the life-giving breath of Jesus.

Rising from the dead is obviously relevant to the holy day.

(For my book of translated poems from the Rubaiyat, see this link.)

But let us turn to Hafez.

Hafez lived in turbulent times, with the gradual fall of the Mongol dynasty and the rise of regional rulers. He sometimes had a high position at court, but for most of the last twenty years of his life he had fallen out of favor. His forte was the lyric poem (ghazal). Some of his verse is touched by mystical Sufi themes, but much of it is secular love poetry or explores themes in what Hamid Dabashi has called Persian humanism. He is a severe critic of the hypocrisy of the Establishment, including the Muslim clerics. To tweak the latter, he praises wine-drinking (frowned on by puritan Muslims) and rascals, as well as wandering Sufi holy men (qalandars).

The poem I’m presenting today is a love poem. It has some stock images. In Persian poetry, the nightingale is the lover of the rose and sings its song for its benefit. Parrots love lumps of sugar (qand) and so are beloved by sugar merchants. Beautiful lovers are graceful and compared to gazelles, so the lover is on a sort of desert hunt. This kind of poetry also has some stock themes, such as the cruel indifference of the beloved to the lover’s advances.

This ghazal ends, however, with an original image, of a Jesus who dances across the heavens.

Soft morning breeze, please tell that elegant gazelle
that she has led us through your deserts and high hills

It is not strange that the poor sugar merchant would
be full of yearning for the parrot who loves sweets.

My rose, did beauty’s vanity prohibit you
from seeking out this love-enraptured nightingale?

You hunt the wise with virtue and benevolence;
you cannot snare the canny bird with nets and traps.

I don’t know why she gives no sign of knowing me–
that tall moon-faced girl with the smoldering black eyes.

When you are seated with your darling sipping wine
Recall to mind the lovers braving stormy gales.

Your beauty is quite flawless save that there is no
fidelity or kindness in your lovely face.

It’s no surprise that in the sky Hafez’s verse
set Venus singing, at which Christ broke into dance.

The poem is about a cruel beloved, who is cold and heartless and rejects the advances of Hafez. The poet, instead of being broken by this rejection, insists on the cosmic power of his heart’s poetry, which inspires the music of the planet Venus, which in turn sets Jesus to dancing.

Jesus dancing is a symbol of the unity of the lover with the divine beloved, and of the victory of true, spiritual love. With this symbol, Hafez celebrates love beyond love.

In his own wonderful translation of Hafez’s poetry, the great Persian scholar Dick Davis made a stab at explaining these last two lines. He wrote,

” The planet/deity Venus is associated with music (her attribute is a harp or lute) and sensuality, Jesus with asceticism and spirituality; Venus is feminine, Jesus masculine; Venus as a deity belongs to the pre-Islamic, pagan world, Jesus represents a religion recognized by Islam as legitimate. Their dance, which Hafez implies his poetry brings about, is a uniting of the physical and the spiritual, the feminine and the masculine, the pagan and the religiously legitimate; it also represents the cosmic “dance” of the turning of the heavens. Presenting the “lesser” of two figures (here the pagan, the feminine, the sensual) as the guide of the one who is apparently the “superior” is common in Sufi anecdotes. Together with the association of Jesus with Venus, which would be somewhat shocking to the religiously orthodox, this gives a Sufi feeling to the end of the poem.”

Davis has forgotten more about Persian poetry than I will ever know, and I think these insights are very valuable.

I wonder, though, whether Hafez would have associated Venus (here called Zohreh) with paganism. I think the reference is just to the planet. Venus was also a level of heaven, the third, which Muslim spirituality associated with Jesus. This music could be the music of the spheres, the Pythagorean idea that the movement of the celestial bodies creates a heavenly symphony.

In the hyperbole of this poem, Hafez’s poetry inspires the music that the planet Venus makes, setting Christ to dancing. The Mevlevi Sufi order of Jalal al-Din Rumi, who lived a century before Hafez, used a whirling dance to achieve ecstasy, and Hafez may well have imagined Jesus as a whirling dervish here, the ultimate symbol of spiritual ecstasy that contrasts with the petty games human lovers play here below.

Muslims believe in Jesus, but see him as a prophet rather than as the son of God, and many do not believe he died on the cross. They do accept that God took him up to Himself, however, so that is one overlap between Christian and Muslim belief. (I think the Qur’an accepts the crucifixion, but that is a story for another day.)

So in Hafez the ascended Christ becomes a symbol of the bliss of unity with the beloved. The joyous dancing Christ in heaven, for all its strangeness from a Christian point of view, is nevertheless a powerful Easter image.

As for the very different poetry of the Rubaiyat, which nevertheless shares some Persian poetic concerns, see

my just-published The Rubaiyat of Omar Khayyam: A New Translation from the Persian