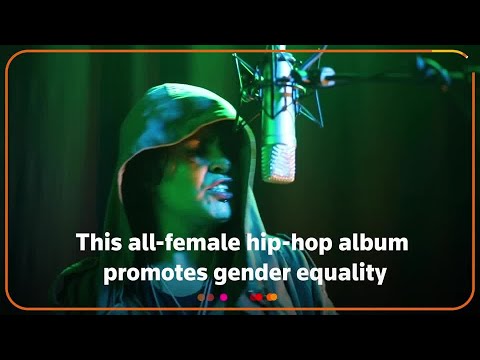 ( Human Rights Watch) – President Kais Said marked National Women’s Day in Tunisia on August 13 by sending his wife to make a celebratory speech in which she sang her husband’s praises. That didn’t sit well with many Tunisians who reminded her that ‘first lady’ is not a recognized function in the country.

While campaigning to become president, Saied made clear his opposition to gender equality in inheritance, which is critical to realizing women’s social and economic rights. Since taking office in 2019, though he nominated a female prime minister, Saied has blocked any initiative to address the obstacles women face to get the partial inheritance to which they are entitled under domestic law, or to improve women’s access to socio-economic rights and protections.

On August 16, Saied promulgated a new constitution that requires the Tunisian state “to achieve the purposes of Islam in preserving the soul, honor, property, religion, and freedom,” a provision that could limit human rights, and notably women’s. Tunisian feminists are worried they will lose the heritage of protections they have acquired since Tunisia’s independence.

“Under Saied’s Presidency, National Women’s Day has lost all meaning,” Bochra Belhaj Hmida, a feminist activist and lawyer, told Human Rights Watch. “He did everything he shouldn’t have, and nothing that he should have.”

On August 13, 1956, within six months of independence from France, President Habib Bourguiba enacted a Personal Status Code. While parts of it are outdated, the Code’s then-radical provisions, which are still in force, have earned Tunisia a reputation as a “feminist state” – but that designation seems fragile given Tunisian women’s current political and socio-economic realities.

The Code banned polygamy and gave women equal rights to divorce – by mutual consent without needing to prove fault, well ahead of France and other European states.

Bourguiba did not, however, risk meddling with the more salient inheritance provisions based on interpretations of Islamic law. Put simply, under these rules, sons inherit twice as much as daughters. This principle still informs Tunisia’s domestic law on the matter. Tunisians who want to allocate their inheritance equally must arrange transfers before they die.

In 2017, President Beji Caid Essebsi formed the Individual Freedoms and Equality Committee (COLIBE) to advise on the reform of domestic laws to conform to the post-revolution 2014 constitution. In 2018, he expressed his support for the COLIBE’s recommendation to implement equality in inheritance. In 2019, his cabinet presented a draft bill to parliament that offered a consensual compromise: equal inheritance would become the norm, but Tunisians would still have the option to implement Islamic law-inspired inheritance provisions by drafting their own wills.

The draft law lingered in parliament, vehemently rejected by the Ennahda party – which, then, occupied a prominent place in parliament – before fading away, with Essebsi’s passing and Saied’s election.

Inheriting property and land is crucial to women’s access to capital, housing, and livelihoods. Unequal access reproduces men’s position of financial and symbolic domination over women. Studies and media coverage have shown the obstacles Tunisian women face, especially in rural areas, to inherit their allotted share, or anything at all. These obstacles include: pressure by family members, especially male siblings, concern for the preservation of family names, social shaming of women who ask for their inheritance, and the devaluation of women’s agricultural skills and labor.

Tunisia’s Law-58 for the Elimination of Violence Against Women, adopted in 2017, provides for no more than a fine of 2,000 Tunisian dinars (US $635) for men who deprive women of economic resources.

“A ridiculous sum, in contrast to what women lose when they are denied inheritance,” said Saloua Kannou, a legal analyst, during a presentation on women’s limited access to inheritance.

Restrictions on women’s inheritance of a home, land, or wealth restrain their ability to shield themselves from violence committed by their male counterparts – especially where government support services are lacking.

Human Rights Watch interviews with 30 survivors of domestic violence across the country in 2021-2022 unfailingly pointed at financial dependency as a daunting obstacle to escaping abusive partners, especially for those who had children.

“If I didn’t have kids, I would live on the street for all I care,” remarkedone 40-year-old woman who said her husband beat her and sexually abused her for years. She has nowhere to go with her two children and still lives with him.

While Law-58 requires authorities to refer women to shelters if they are in need, it does not set out funding for shelters or timely financial assistance to meet women’s needs or assistance in finding long-term accommodation. Shelters, services, and economic assistance for survivors are scarce throughout the country, particularly in the southern and interior regions.

On August 13, 2020, in a speech meant to celebrate national women’s day, president Saied buried feminists’ hope for reform on inheritance. Facing a room full of Tunisian women, he said: “The debate around inheritance is false and misguided. […] We must first establish socio-economic equality between women and men before talking about inheritance. The Qur’an is clear about this and there is no room for interpretation.”

Two years later, to mark the same occasion, Saied headed to Hay Hlel, a marginalized suburb of the capital – just as Ben Ali, the dictator ousted during Tunisia’s 2011 revolution, used to do. He knelt down facing women crafting clay pots and said: “Keep your head high. I know what you are going through. […] Inshallah [God willing], you will enjoy your socio-economic rights.” He did not mention the inheritance issue this year.

But he fails to see that the discrimination women face is a major delineator of their socio-economic power; that many women do not enjoy their current right to partial inheritance and are stigmatized when they ask for it. He ignores that the right to equality in inheritance is a social and economic right, and that Tunisia’s international legal obligations, under the Convention on the Elimination of All Forms of Discrimination Against Women (art. 16), require it to ensure gender equality in the ownership, acquisition, management, administration, enjoyment and disposition of property.

“We have been pushing for equality in inheritance for decades, but in the current political setting, there is very little hope any change is possible,” Khadija Cherif, women’s rights advocate, told Human Rights Watch in 2021.

Leaving No Space for Discussion

Many Tunisians, including women, oppose reforming the current inheritance law, as popular reactions to Essebsi’s plans and

So the damage runs deeper than Saied’s opposition to equality. His framing of the issue of inequality in inheritance has crushed the space for debate. What is needed is for the government to gather and publish data around women’s current inheritance and the consequences for their socio-economic power. We need to ensure that people of all backgrounds, including women’s rights activists, are able to engage in the discussion to change perceptions on the necessity of women’s equal right to inheritance.

While Saied dogmatically justifies inequality on inheritance by claiming it is Islamic law, experts have argued against such an interpretation. Scholars have stressed that such static readings erase the historical context in which the Qur’an’s verses are embedded. They argue that it is plausibly because granting any woman the right to inherit was so subversive in the 7th century Arabia that it was provided with such strict limitations.

According to Rafik Khouri, an expert on women’s access to land in Muslim-majority countries, Islam granted women the right to own land in their own names centuries before Western women enjoyed this right.

Experts have also argued that Qur’anic inheritance laws do not exist in silos and should be understood within the broader estate rights negotiations at that time, including a wide array of intra-family and intergenerational rearrangements to compensate for inequality in inheritance such as mahr (dowry), wafq (family endowments), iba (gifts), iwad (compensation for household work), and nafaqa (financial maintenance).

Discriminatory rules on inheritance exist across the Middle East and North Africa region but some Muslim-majority countries do provide for equal rights in inheritance including Bosnia and Herzegovina, Kazakhstan, Kosovo, Mali, Tajikistan, and Turkey.

President Saied should put his rhetorical support for women’s socio-economic rights into concrete action by supporting the elimination of all forms of discrimination against women including by ensuring women’s equal access to inheritance in line with Tunisia’s international obligations.

His government should: conduct a national survey on the current practice examining restrictions to women’s access to inheritance, develop formal mechanisms to compensate for women’s limitations to accessing partial inheritance and other economic rights, and establish judicial procedures toensure women are not forced to yield their inheritance rights under family pressure.

It has been 66 years since Tunisia’s independence and the construction of the country’s image as a regional champion of women’s rights. President Saied needs to show that he is moving towards the meaningful realization of these rights, and not seeking to dismantle them.