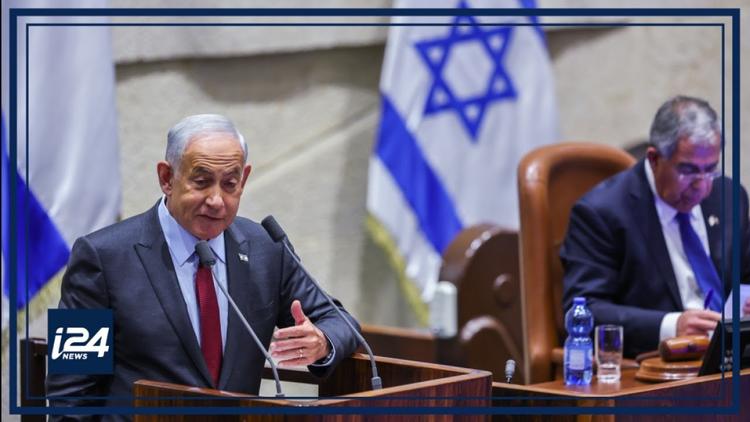 Oakland, Ca. (Special to Informed Comment) – A crisis is brewing in the relationship between Israel and the United States, and even between Israel and the American Jewish community. The new Israeli government, the most extreme in the country’s history, is led by Benjamin Netanyahu, on trial for corruption, Itamar Ben-Gvir, of the far-right Jewish Power Party, and Bezalel Smotrich of the Religious Zionist Party. Though White Supremacy failed in the US on January 6, Jewish exceptionalism has morphed into Jewish Supremacy and prevailed in Israel’s election. As with Republicans in Congress, the new Israeli government wants to immunize its leaders from criminal charges. It has moved to allow a majority of the Knesset to overrule any judicial decision, including Bibi’s criminal charges! Previously, that required a 2/3 vote.

These developments, along with the rise of attacks on Palestinians and their rights, has alarmed the pro-Israel J Street lobby, whose members characterize it as a “pro-Israel, pro-peace, pro-democracy” devoted to protecting “deeply held Jewish and democratic values and that help secure the State of Israel as a democratic homeland for the Jewish people.” The organization is committed to a two-state solution achieved through a “negotiated resolution agreed to by Israelis and Palestinians.” It is the most active American lobbying group positioned to counter the powerful right-wing lobby, the American Israel Public Affairs Committee (AIPAC), which has given in to the Israeli Right’s project of colonizing the Palestinian West Bank and forestalling a Palestinian state.

In the weeks since the election, Israel’s right wing has been emboldened, with vicious attacks by settlers, including a wave of violence against Palestinians in Hebron that has been widely described in Israel as a ‘pogrom.’ Some of these attacks have been aided and abetted by Israeli military units, with Israeli soldiers in one instance being held on suspicion of throwing an explosive device at a Palestinian family’s home. Demolitions of Palestinian homes and community property are ramping up, as Israel’s military declares further swaths of the occupied West Bank off limits to Palestinians and their supporters. The social contract in Israel is broken. Trust in the government is dead and social media is inflaming resentments on all sides.

The deportation in recent days of Salah Hammouri, a Palestinian lawyer and activist who was sent to France, where he holds dual citizenship, confirmed the new government’s intention to escalate violence against Palestinians, and end democratic privileges and protections for anyone considered “opposed” to the new regime. Although Hammouri was never charged in any legal proceeding, outgoing Interior Minister Ayelet Shaked “suspects” him of having ties to a vague “militant group.” She framed her attack on Hammouri’s rights as a feather in her cap, and signaled the government’s new direction with these words: “I hope that the incoming government will continue in this line and deport terrorists from Israel.”

Former Prime Minister Bibi Netanyahu is not only PM again but is taking brazen steps to sabotage and undermine the integrity of the Israeli Justice System, by trying to make his fraud and corruption charges just go away. It’s as if Donald Trump was reinstated as US president with the power to end all state and federal legal proceedings against him. So meet the new boss in Israel, same as the old boss, but empowered to do more criminal damage, and dispense with any vestiges of democracy or accountability.

Outgoing Defense Minister Benny Gantz has been replaced by Ben-Gvir, whom Gantz called out for inflaming the conflict, and for his lack of the military or administrative experience necessary to carry out the job. He said, “The irresponsible talk about changing the procedures for opening fire by politicians who have not spent even one minute on the battlefield, who have no experience in the matter, and that it will not be under their authority at all — is disturbing,”

Earlier fears that the Defense Ministry would go to Smotrich have only been slightly eased. Though denied the Defense Ministry portfolio, he’s been appointed to lead the Civil Administration ministry and COGAT (Coordination of Government Activities in the Territories), the agency that administers civilian Palestinian affairs. Until now, that agency had been under the Ministry of Defense, but is now folded into Smotrich’s portfolio for the convenience of making it easier to deport Palestinian activists such as Hammouri.

After weeks of wrangling with other right-wing parties over ministry portfolios that also failed to get a plurality, Bibi formed a government on December 1. But as in the US under Trump, fringe ideas have become mainstream in Israel, including annexing the West Bank and summary expulsions of Palestinians without due process. Smotrich is an unapologetic Jewish Supremacist, raised on a far-far right-wing Kibbutz, and infused with an ideology of hate toward both Palestinians and progressive Jews. Just as Jews and Blacks were seen as equally evil by Southern American White Supremacists, Smotrich’s ilk is just as hostile toward Jews who support Palestinian rights..

The new Religious Zionist Government is an ongoing act of religious, legal and political blasphemy. After the 1967 War, Foreign Minister Abba Eban said that Israel would use the occupied territories as bargaining chips for peace, and that it did not plan on an extended occupation. The religious blasphemy is the gross hypocrisy and inhumane treatment of Palestinians that conflicts with many tenets of Halacha (Jewish Law). The legal blasphemy is Netanyahu’s plan to undermine the Israeli justice system to avoid trial on corruption and fraud charges. The political blasphemy is dispensing with Abba Eban’s 1967 goal of returning the occupied territories to the Palestinians, who had lived there for centuries. While Israel has always been a Jewish nation, created by and for Jews, it did not set out to be a repressive theocracy.

Abraham Accords, and eight years of failed global leadership by Trump. The Abraham Accords served to permanently marginalize and dismiss Palestinian claims to family-owned land and property. They were legislated out of existence by Prince Jared Kushner and his fellow Emirati princes. Smotrich and Ben-Gvir both have criminal records as private citizens, for violent actions against the civil rights of Palestinians. Both have openly advocated annexing the occupied territories of Palestine, having been empowered by Trump, Kushner and the Emirati princes.

Last March, the UN declared the occupation to be a form of apartheid. Since the late 1970s and early 1980s when Menachem Begin was PM, Israel has aspired to create “facts on the ground” that cannot be undone by expanding its illegal settlements. Netanyahu’s appointment of Ben-Gvir to the newly expanded National Security Ministry has given him domain over the nation’s internal police force, which has assumed functions traditionally managed by the Border Police through the IDF.

“Just last month, Ben-Gvir brandished a gun in an occupied East Jerusalem neighborhood, shouting for police to open fire on Palestinian protestors who live there — now he will be in charge of those police forces.” adding, “Extremists are being positioned to undermine Israel’s much-cherished pluralism, with Avi Maoz, known for his anti-LGBT activism and denial of the legitimacy of non-Orthodox Judaism, set to be a deputy minister in charge of a new authority responsible for Jewish identity.”

Could this portend the end of LGBT activism, and a campaign to further marginalize Reform Judaism in Israel?

At the same time, the new government is pushing for greater privileges for ultra-Orthodox Jews, who are exempted from paying taxes, serving in the military or supporting the state that coddles them. According to Thomas Friedman of the New York Times, the Israeli economy is teetering because the number of “takers” in the religious sectors is growing faster than the more secular “earners.”

The new Israeli government has alienated some its most loyal supporters, namely the US Anti-Defamation League. Former ADL director Abraham Foxman said in The Jerusalem Post, “If Israel ceases to be an open democracy, I won’t be able to support it,” and “If Israel becomes a fundamentalist religious state, a theocratic nationalism state, it will cut Israel off from 70 percent of world Jewry.”

All this should be a red flag to the Biden Administration to use its power to challenge the madness, and to confirm US commitment to the comatose two-state solution, however faint its heartbeat. Biden must be forceful in objecting to any form of annexation of Palestinian territories. He should invoke the spirit of Abba Eban and trade land for peace. In addition, Biden should disown the disastrous Abraham Accords and initiate a new round of multilateral negotiations committed to a fair and effective peace plan. The U.S. can and must demand greater accountability from Israel about its use of American-made weapons. And maybe it’s Biden’s place to refuse to recognize the legitimacy of the new Israel government or refuse to engage with it as long as avowed terrorists such as Smotrich and Ben-Gvir remain in power.