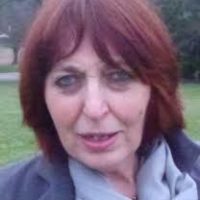 Maria Holt is a Reader in the Department of Politics and International Relations at Westminster University. Following a career as a political lobbyist, specializing in the Middle East, and a parliamentary researcher, she returned to university in the late 1990s to pursue PhD research. She wrote her PhD dissertation at the University of York in 2004, on the effects of violent conflict on Shi'i women and Palestinian refugee women in Lebanon. She obtained a BA (Honours) in Political Science and Middle East & Islamic Studies from the University of Toronto, in 1987; and an MA (with Distinction) in Middle Eastern Politics from the University of Exeter, in 1988.

Palestinian women are the backbone of a fragmented and demoralised society