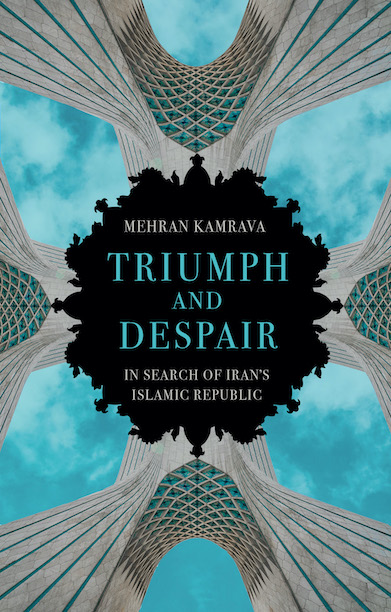 Barcelona (Special to Informed Comment) – During the last three months, Iran has been a main focus of international media attention due to the ongoing anti-government protests that erupted after the death of Mahsa Amini, a 22-year-old Kurdish Iranian. Amini was beaten with fatal consequences by Iran’s so-called ‘morality police’, who had detained her for allegedly not complying with the country’s hijab rules. The death of Mahsa Amini took place within a broader context marked by President Ebrahim Raisi’s decision to press ahead with “stiffening the compulsory hijab codes” after his election in June 2021.[1]

The popular protests that have spread across Iran laid bare the growing disenchantment with the Islamic Republic’s establishment among broad sectors of the country’s population. Women have been playing a leading role, and the protests have particularly resonated among the young and educated societal groups, as well as the members of ethnic minorities such as the Kurds.

In his latest book, Triumph and Despair: In Search of Iran’s Islamic Republic, Mehran Kamrava explores the more than four decades of history of the Islamic Republic of Iran. Contrary to recent additions to the literature on Iran such as Monshipouri’s In the Shadow of Mistrust: The Geopolitics and Diplomacy of US–Iran Relations and Banai, Byrne, and Tirman’s Republics of Myth: National Narratives and the US-Iran Conflict (the reviews of both books are available on Informed Comment), Kamrava mainly concerns himself with Iran’s internal dynamics, exploring issues such as the country’s political and economic evolution, its national and religious identity and the situation of minorities within Iran.

The author, a Professor of Government at Georgetown University in Qatar, has written a work that helps understand how the Islamic Republic has managed to survive several legitimacy crises in the past. These crises have normally erupted as a result of economic difficulties and constraints on political and social freedoms. Although the past is never a certain guide for the future and the current legitimacy crisis appears to be particularly acute, Kamrava intelligently notes that “born out of and into crises, the Islamic Republic is immeasurably better at crisis management than it is at just management under normal circumstances.”[2]

He adds that when faced with crises, “for those running the state, especially the principlists on the right, the easy answer has been repression.”[3] This repressive behavior has negatively affected the legitimacy of the Islamic Republic, especially when combined with inconsistent economic policies that have failed to provide better livelihoods for the majority of the population. Although the damaging effects of international sanctions cannot be obviated, Kamrava remarks that one of the main explanations for Iran’s sub-optimal economic performance is that each new government discards its predecessor’s strategy and adopts a new one.

In his historical analysis of the Islamic Republic’s trajectory, the author notes that the origins of what was to happen in Iran in the following decades can already be observed in 1979. After his return to Iran, Ayatollah Ruhollah Khomeini outmaneuvered the more secular activists within the broad coalition that had deposed Mohammad Reza Pahlavi. Khomeini’s success in establishing a republic with theocratic features, Kamrava explains, can be ascribed to the Ayatollah’s determination, the cohesion of his inner circle and its ability for grassroots mobilization.

Even so, it is important to note that Khomeini’s followers started their quest for power from a comparatively advantageous position. Under the Shah, the treatment meted out to left-wing opponents of the regime was normally more severe than the one suffered by opposition clerics. As British historian Vanessa Martin has written, “the suppression of the left created an opportunity for Shi’i Islamism”.[4]

Over time, the Islamic Republic built “a highly robust institutional basis.”[5] The new institutional framework passed a key test in 1989, when it secured a smooth transition after Khomeini died, ensuring his succession as Supreme Leader by Ali Khamenei. Although the 1978-79 Revolution resulted in a complete turnover in the composition of Iran’s elites, the nature of state-society relations in the country remained authoritarian, explains Kamrava. The author describes the Islamic Republic’s political system as displaying “hybrid authoritarianism.”

The political system is capable of opening up to a certain degree, as it could be seen during the 1997-2005 presidency of Mohammad Khatami and, to a lesser extent, during the 2013-2021 presidency of Hassan Rouhani. Nevertheless, the unelected institutions of the country, with the Supreme Leader at the helm and the help of the Basij militia and the Islamic Revolutionary Guards Corps (IRGC), impose stringent limits on the ideological diversity of the two elected institutions, the Presidency and the Parliament (Majles).

The constraints on free political representation are imposed both a priori and a posteriori of the elections. The Guardian Council, whose membership is controlled by Khamenei, has the power to disqualify potential candidates for the presidential and parliamentary elections and works as a gatekeeper to the elected institutions. But even when the unexpected happens, as was the case with the 1997 election of reformist Mohammad Khatami as President – he garnered 69% of the popular vote over the conservative Ali Akbar Nategh-Nouri – the Islamic Republic’s unelected institutions are prepared to push back.

Khatami saw his reformist initiatives stonewalled: the judiciary closed the newspapers that had benefited from the President’s efforts to promote freedom of expression, the IRGC issued veiled threats against the government, and the Guardian Council limited the powers of the Parliament, which after 2000 had a reformist majority that could have supported Khatami. The limits on Khatami’s reformism also extended to foreign affairs, particularly when it came to a possible rapprochement between Tehran and Washington.

Kamrava is harsh – probably excessively so – in his assessment of the reformists’ performance. He writes that “the superficiality of the values associated with the reformist current” weakened it, with the election of the hardliner Mahmoud Ahmadinejad as President in 2005 ultimately proving that the reformist movement’s popularity had been “only skin deep.”[6] One could counter this argument by pointing out that four years afterwards, in the 2009 presidential election, massive electoral fraud was needed in order to secure Ahmadinejad’s victory over Mir-Hossein Mousavi, the candidate espoused by the reformist movement. Moussavi, according to the official results, garnered 34% of the vote despite the huge scale of vote rigging against him.

In 2013, the moderate Hassan Rouhani was elected President of Iran. He achieved an early success when his government reached an agreement with the international community to scale back Iran’s nuclear program in exchange for sanctions relief in the 2015 Joint Comprehensive Plan of Action. But the situation soon took a turn for the worse when the Trump administration abandoned  the nuclear deal in 2018 and re-imposed sanctions on Iran. Parallel to this, in the realm of domestic politics, “many of Rouhani’s initiatives were blocked by the conservative establishment.”[7] Despite the fact that Rouhani’s reformist drive was more modest, his presidency “turned out to have the same fate as that of Khatami.”[8]

On the topic of women’s rights in Iran, Kamrava highlights something worth keeping in mind: the discussion on the obligatoriness of the hijab is an important one, but the conversation needs to be broader than this. In the author’s own words, “Hijab, of course, may pose restrictions on appearance and physical mobility, but the institutional barriers to women’s political participation are much more substantive.”[9] The current Iranian Parliament, for instance, has less than 6% of its seats occupied by women.

Kamrava concludes his book by noting that “political systems come and go. But people endure.”[10] In Triumph and Despair, the reader will find an accessible but erudite account of how the Islamic Republic’s political system came into being and developed over the decades. At the same time, and reflecting Kamrava’s conviction belief in the centrality of the people in the country’s history, the author also offers a detailed portrait of how the Iranian people have shaped and been shaped by a political system that has survived for more than four decades but currently faces one of its more severe crises.